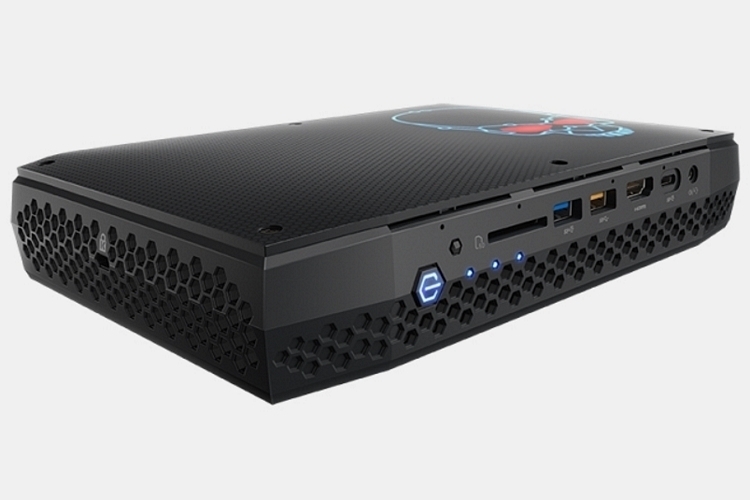 Intel’s NUC line of desktops has found popularity for a simple reason: they cram a good load of processing power inside a compact enclosure. Simply put, it’s probably the smallest gaming PC you can get, although the integrated graphics does put quite a low ceiling on its overall gaming power. That won’t change with the upcoming Intel “Hades Canyon” NUC, which brings discrete graphics into the mix.

That’s right, Intel’s mini-PC line is getting discrete graphics onboard, making it more powerful than ever before. How powerful? According to the outfit, the PCs are actually VR-ready, so these should handle the most resource-intensive games in a highly capable manner. 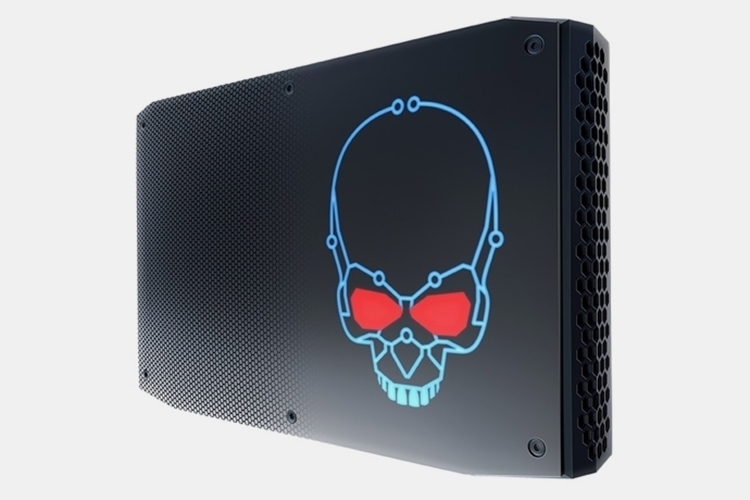 The Intel “Hades Canyon” NUC comes in two models: NUC8i7HVK and NUC8i7HNK. The former is fitted with a 100-watt TDP unlocked Core i7-8809G, while the latter sports a 65-watt TDP Core i7-8705G, with both processors packing a clock speed of 3.1 GHz. Both are fitted discrete 4GB GPUs, with the former housing an AMD Radeon RX Vega M GH and the latter getting an AMD Radeon RX Vega M GL. Intel recommends the former for those looking for a VR-ready PC, although judging from the specs, both of them sound like they can handle the demands of modern VR headsets, especially since both desktops come fitted with the same guts everywhere else.

It comes with six display outputs, all powered by the AMD GPU, namely two HDMI 2.0s, two mini-DisplayPorts, and two Thunderbolt 3 slots, with one of the HDMI ports right out front for conveniently plugging in a VR headset. According to the outfit, it can also play UHD Blu-ray discs with HDR without a sweat. Two DDR4 bays are available, each of which can accommodate a 16GB stick for giving it up to 32GB of RAM, along with room for up to two SSDs. 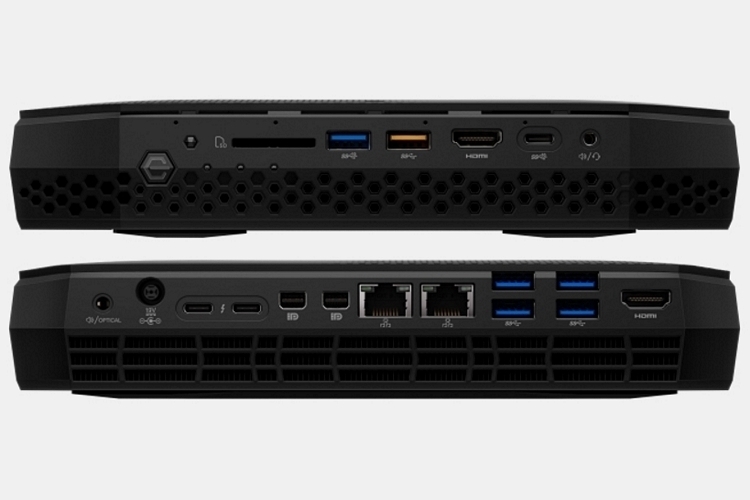 The Intel “Hades Canyon” NUC comes in a desktop case measuring 221 x 142 x 39 mm (width x depth x height), so it’s slightly bigger than the previous “Skull Canyon” model from 2016. Much of that extra room is taken up by the discrete GPU, the extra I/O ports, and the additional cooling hardware, so there isn’t much room for expansion once you’ve filled up the two memory slots and two PCIe storage slots. Since it’s a gaming PC, they also threw in customizable RGB lighting on top to give your setup that bleep-bloop gaming vibe. The case comes with a Kensington lock, by the way, so your little kid won’t be able to mess with your desktop when you’re away. 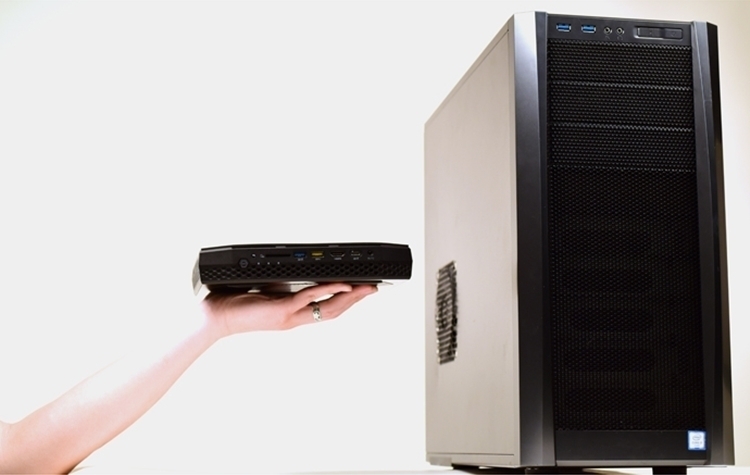 There’s no built-in speaker, although it does support 7.1 digital surround over HDMI and DisplayPort. Other features include a 230-watt power supply, a quad beam-forming microphone array (so you can use Cortana without a headset or something), a replaceable lid, status LEDs out front, and a VESA mounting plate for setting up someplace other than your desk.