IntoDream, A Portable Dreamcast Mod With A PSOne Screen And An N64 Joystick 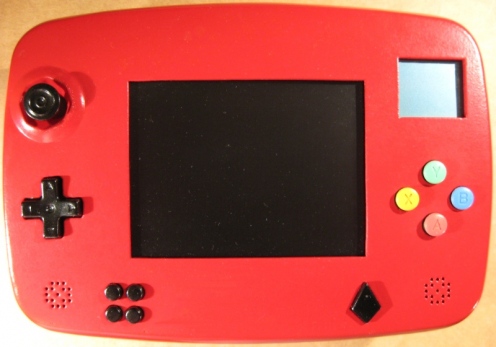 We’ve all seen a good amount of modders repurposing old gaming systems for slipping into handier, more portable frames.  Sega aficionado Bacteria’s IntoDream easily looks to be one of the best the scene has produced, pairing SEGA DreamCast guts with a Frankenstein crew of other reclaimed gaming parts.

According to Bacteria, the handheld mod was made with the primary goal of playing both Quake 3 and Unreal Tournament on SEGA’s hardware set, both of which it manages rather handily.  Being a rather complex creation, it took him a full four months to put it all together.

Apart from the DreamCast innards, the IntoDream integrates a 5-inch PSOne LCD and a Nintendo 64  Superpad joystick for a truly commendable hardware stew of recycled console fare, along with PAL Dreamcast buttons.   Other integrated goodies include a visual memory unit (showing on the window at the top right corner), a combo memory cartridge, a built-in rumble motor and a 6-amp battery (good for 2.25 hours of playing).

While barely over two hours sucks for a handheld gaming rig, it’s a mod – there’s really no point in complaining.  More importantly, it’s a mod that lets you play beloved games of old, such as Phantasy Star Online and Skies of Arcadia, which is just plain awesome.

The IntoDream is not for sale, so you might as well just grow green with envy watching the video below.

[Modded By Bacteria via Joystiq]