iOS 8: The New Features You Need To Know 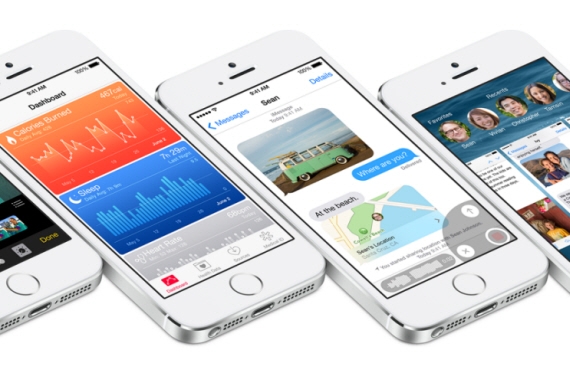 Apple has announced the latest iteration of their mobile platform with iOS 8, which is slated to come to iPhones and iPads starting in the Fall. What new features in the platform can you look forward to?

Represented by an app called “Health” on the iPhone homescreen, HealthKit aggregates all of a user’s health data from numerous third-party apps on their phones. No more checking RunKeeper, Cyclemeter, Nike+, and half a dozen other apps daily — just launch Health and see all your information from a single unified interface.

HomeKit is a new app for iOS 8 that provides a single unified control interface for various home automation systems. Naturally, the hardware is going to need to support HomeKit, apart from being able to connect with your home network over WiFi. Expect this to be something that’s going to be useful down the line, rather than in the immediate moment.

You can now access the dropdown notifications from the iOS 8 lockscreen, removing the need to unlock your screen before doing anything else. The Notification Center will also support widgets, so you can add anything you’d like to stay on top of while checking your alerts. Interact with notifications is now possible without leaving whatever app you’re using, so you can respond to a text message without closing an ebook you’re reading. There will also be a list of frequently used contacts in the Notification Center, similar to Facebook’s Chat Heads, except it makes more sense here.

You can now compose a mail while seeing the rest of your inbox at the same time, a potentially helpful update when communicating with numerous groups on the same subject. A handful of new mail gestures are also available.

Group messaging gets a big dose of new features, such as the ability to leave a thread, switch on a DO NOT DISTURB mode, and add/remove people. You can also send video and audio messages right from iMessages, as well as share your current location with anyone on the other end of a conversation.

QuickType, a new predictive typing system, comes as part of the default iOS 8 keyboard. And, yes, you can opt to replace the default with any of the new third-party keyboards that are, no doubt, popping up in the App Store soon.

The personal online storage feature won’t just give you access to all your documents on iOS, it will let you access it from other apps, as well as on Macs and Windows devices.

Any app can now use Touch ID, allowing any software to use fingerprint recognition to verify your identity.

Provided your entire family does their iTunes purchases on a single credit card, you can now share content (apps, movies, books, everything) with them. That means, you only need to buy a game once, while allowing up to six family members to play it.