Everything We Know About The iPad 2 So Far 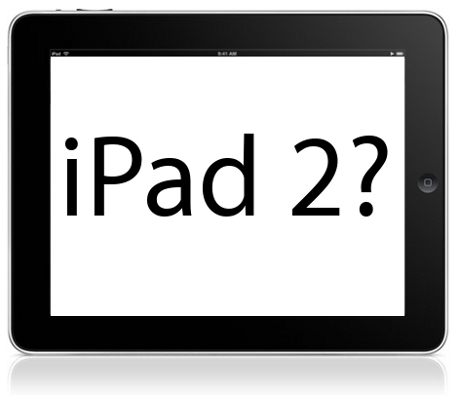 Everyone knows the iPad 2 is coming.  It’s only a matter of time.  Not that the first generation of iPad was all that bad off course except lack of USB ports and a camera. It did exceed everyone’s sales expectations and I think a lot of folks still don’t mind getting their hands on it. Heck, if you can get a used iPad for around $300 bucks, I say go for it. I think price of used iPads would drop even more once the new one comes out. But then there are folks to who can’t wait to get the updated version (yours truly included) who can’t wait for the iPad 2.  Everyone wants to know everything about the iPad 2 and we’ve compiled all available information (well, rumors, mostly) out there for your reading convenience.

Dates and Pricing. The new version of Apple’s game-changing tablet is believed to be rolling out either in the Spring or sometime in the second quarter.  A lot of people are looking at April (even Elton John, in a BBC interview, casually mentioned he’s getting one that month).  Pricing should remain on par with the original iPad, since that price point has turned out to be a sweet spot for Apple.

New Hardware. A new iPad won’t be much of an upgrade if it didn’t have new hardware on board.  That’s certainly true from the rumored features going around.  Expected additions include a front-facing camera (with FaceTime support), a three-axis gyroscope, a retina display (although a lesser-quality screen isn’t out of the question due to battery concerns), a USB port (or microUSB to comply with new EU regulations on mobile chargers), a microSD card slot (although, honestly, we doubt it), a faster 1GHz CPU, a boosted dual-core GPU and a bigger 512MB of RAM (a no-brainer, considering the iPhone 4 has the same).

Design. Rumors point towards the iPad 2 losing the Home button, which will then be replaced by all-touch controls (which is, reportedly, Steve Jobs’ original vision for the iPhone).  The case will also be more like the Macbook, sporting  a machined unibody design and slimmer dimensions than its predecessor.

Others. A world version that supports both CDMA and GSM will reportedly be released.  Similarly, smaller models (both 7 and 5.6 inches were mentioned) are also being rumored.  While I can dig the 7-incher (everyone’s releasing one of that size), the 5.6-inch one sounds a tad too far out.

And just in case you enjoy yet more rumors, people are now talking about an iPad 3.  Which, honestly, is bordering on a little too much, if you ask me.