ION Audio iCade Turns Your iPad Into An Arcade Cabinet 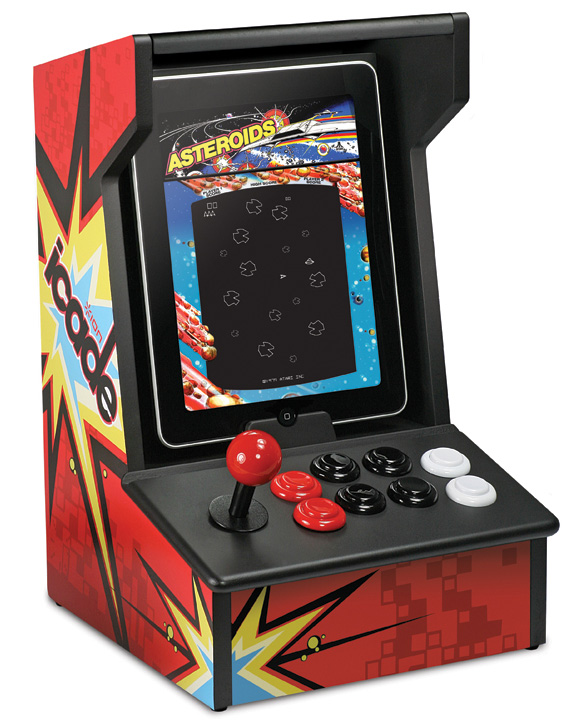 Thinkgeek had a busy April Fool’s last year, putting up tons of awesome fake products on their site.  A number of those have already made it into actual production (e.g. the Canned Unicorn Meat).  Here’s the latest a magical genie brought to life: the iCade.

Built by ION Audio, the iPad accessory turns the erstwhile slate into the main display for a functional arcade cabinet.  It looks exactly like the original retro prank design, too, save a few additional buttons for even more arcade fun.

The iON Audio iCade has a portrait orientation cradle dock where you can slip the iPad for use as the cabinet’s playing screen.  Below that, you get a full-sized joystick and eight buttons for engaging in old-school arcade gameplay.  It will only work with App Store titles specifically made for the peripheral, with controls piped into the tablet via Bluetooth.

According to the press release, ION has partnered with Atari for this effort, in order to bring the gaming company’s large suite of classic games to the platform.  Currently, only Asteroids has been confirmed for availability as a free download, but expect the options to expand down the line (the new titles will likely be paid, though).

No word on an exact release date, but it will retail for $100 when it hits shelves sometime this year.