The long wait for Apple’s new smartphone is over.  At a press event in San Francisco’s Yerba Buena Center for the Arts yesterday, the company finally spilled everything there is to know about the iPhone 5.

Unlike the last generation’s low-key updates, the new phone gets some pretty significant changes.  From hardware design to specs to features, there’s plenty for iPhone fans to really buzz about. 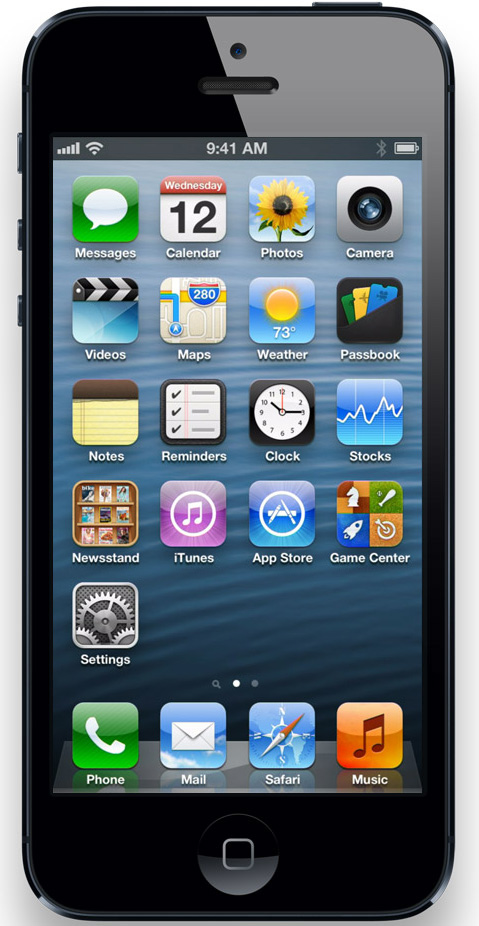 The iPhone 5 is bigger than the previous generation model, sporting a 4-inch display compared to the fifth-gen’s 3.5.  Almost all of that increase happens vertically, though, allowing iOS to squeeze in an extra row of icons for the homescreen in portrait mode.

Despite the size upgrade, the new phone is surprisingly 18 percent thinner (7.6 mm) and 20 percent lighter (112 grams), giving users the best of both worlds when it comes to screen size and portability.  Part of that optimized volume can be attributed to the body’s construction, which sees it clad entirely in glass and aluminum.  The rest can be attributed to the shrunk down components, which include a smaller camera module, a smaller processor and a smaller dock connector.  Touch sensors are also integrated into the display itself, saving the phone from an extra layer of hardware.

The back of the phone is now primarily metal.  If you’ve ever dropped an iPhone and cracked the glass back panel, then you can definitely appreciate this change. 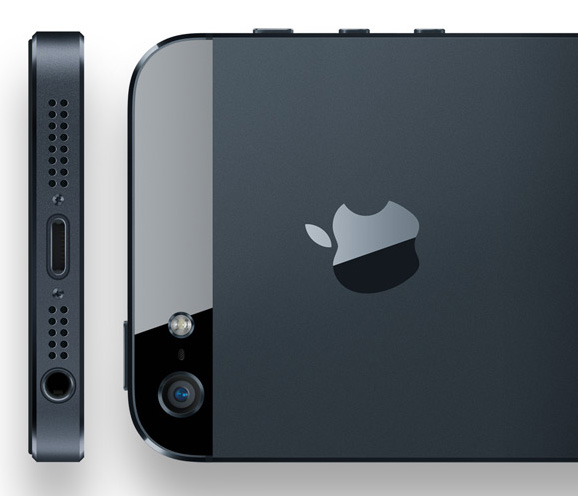 While the iPhone 5’s new display isn’t as big or as pixel-dense as some of the newer high-end devices on the market, it’s still pretty impressive and will likely still end up as one of the best in side-by-side comparisons. Compared to the last-gen screen, the new 4-inch Retina display features an 1136 x 640 resolution (18 percent higher) and 44 percent better color saturation.  It also boasts a 16:9 aspect ratio, which should make the experience of watching videos just a little more enjoyable.

At first glance, the display change isn’t all that significant.  The bigger story, of course, will be how app publishers use that extra chunk of screen real estate, which can prove very valuable, especially for apps that need to display plenty of information onscreen.

Apple has made sure the new phone can support most any wireless technology there is, including GPRS, GPRS, Edge, EV-DO, HSPA, HSPA+, DC-HSDPA, and LTE.  That makes it a genuine world phone that you can use with different carriers in most places around the globe.

The iPhone 5 sports Apple’s latest A6 chip, which is touted as two times faster than the 4S’ A5 processor (both CPU and graphics) while measuring 22 percent smaller. Despite the performance gains, battery life should remain as potent as before, with Apple promising up to eight hours of talk time and 10 hours of video playback. 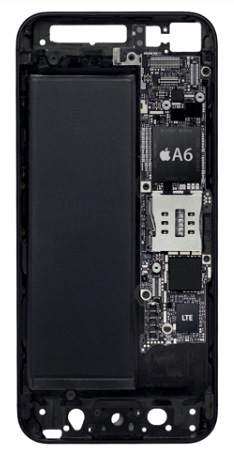 The iPhone 4S has one of the best smartphone cameras to this day, so the iPhone 5 sticks with the same 8.0 megapixel sensor.  Not to be accused of sitting on their laurels, though, the updated camera module is 25% smaller than last generation’s — a huge reason for the new iPhone being so slim.  It also boasts precision lens alignment, a sapphire crystal lens cover, a dynamic low-light mode (for better indoor shots), an improved image sensor processor, better spatial noise reduction and a smart filter.  All of these new improvements combine to make the camera 40 percent faster at taking photos. 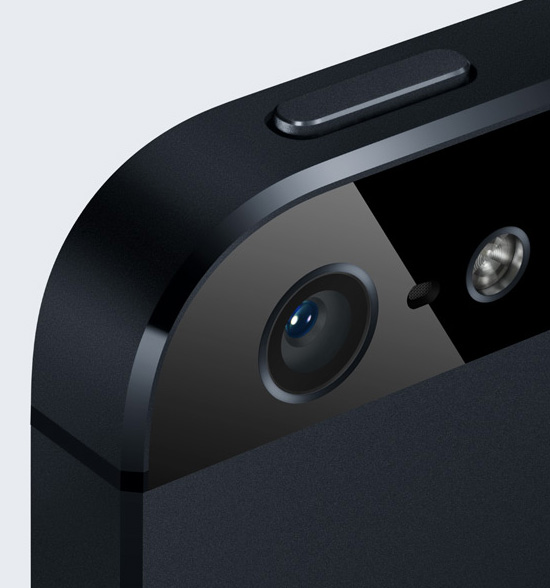 The new phone’s speaker now comes with five magnets in the transducer, along with a smaller and more efficient design.  It also comes with wideband audio for more natural sounding voices, which an estimated 20 percent of carriers now support. To improve voice recognition and noise reduction, it also gets upgraded to three mics — one on the bottom, one on the top front side and another on the top back side, ensuring your voice is picked up even in most noisy environments.  They also replaced the current earbuds with the new Apple EarPods that the company claims will deliver an impressive acoustic quality. 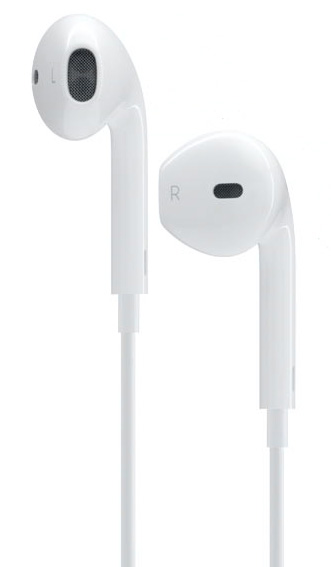 One of the most talked-about rumors about the new iPhone is the onset of a smaller dock connector.  During the Apple event, this was confirmed as the company officially phased out the 12-year old 30-pin connector in favor of the 80 percent smaller 8-pin dock connector called Lightning.  The new connector isn’t just smaller, it’s also reversible (you can’t stick it in incorrectly) and more durable. 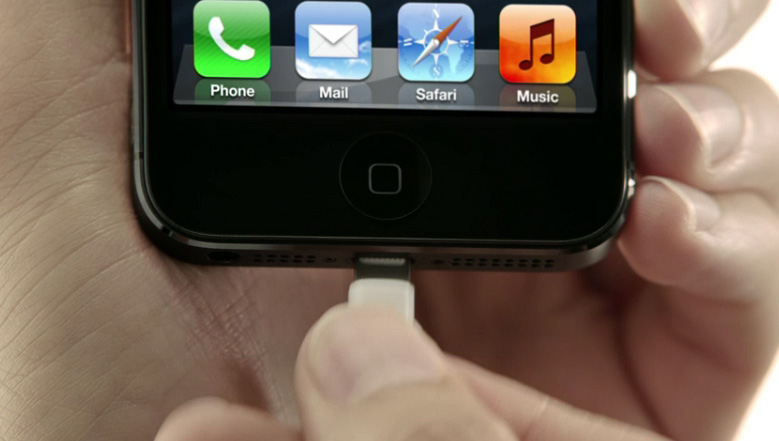 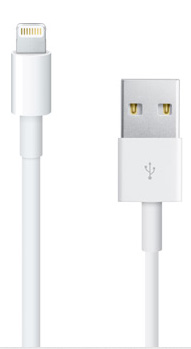 First debuted at WWDC back in June, the iPhone 5 will come with iOS 6 onboard.  Since it was built for the iPhone 5, you’ll, naturally, get the best experience of the OS using the new device.  Highlights of the software include Passbook, Apple Maps, FaceTime over 3G and more.

In August, the Samsung Galaxy S3 surpassed the iPhone as the biggest selling smartphone at each of the major national carriers in the US.  While part of that could very well be the S3’s impressive credentials, the more likely reason is that people knew the iPhone 5 is on the way, opting to wait for it rather than get the then-latest model.

Is the iPhone still the best smartphone in the land?  That’s hard to say now.  What we do know is, it’s no longer 5 years ahead of the competition as the original iPhone was when Steve Jobs first unleashed it upon the world.  Chances are, the iPhone 5 will rule the sales charts once again, with analysts predicting as many as 170 million units being sold through mid-2013.  How dominant of a rule, though, is the question up for debate.