iRig Mix Is A Portable DJ Rig For Your iOS Devices 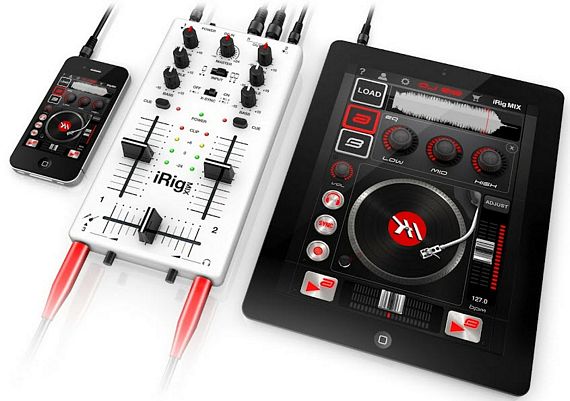 There’s no shortage of DJ and music production apps on iOS. But touch controls can only feed your electronic music jollies so far.  At some point, you’ll want a physical mixer, just like the ones you use with the mixing software in your computer.  That’s where the iRig Mix comes in.

Touted as the “first mobile mixer” for iPhones, iPod Touches and iPads, the device measures 217 x 110 x 46 mm, allowing you to easily slip it into a small gear bag for easy portability.  Despite the size, it’s surprisingly well-endowed, packing most of the same controls you can find on a standard digital mixer. 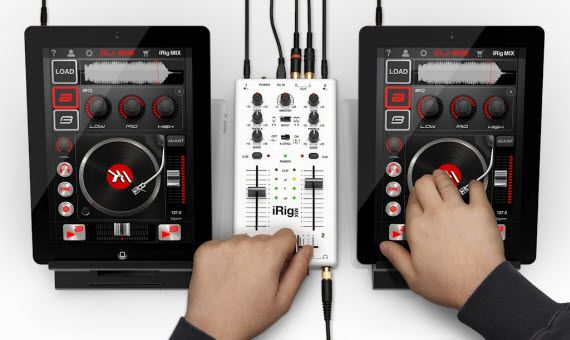 The iRig Mix won’t just control audio piping out of your iOS device.  Instead, it can be used to mix audio from a whole range of sources, including external MP3 players, CD players, non-iOS smartphones and more.  You can use it to mix tunes from a single iOS device, as well as the traditional two-device setup (two separate channels with individual gain, bass, treble and volume controls).  There’s also a guitar/mic input for use with real-time audio processing apps.  While definitely not suited for holding court in a professional stage, the device should make impromptu performances less of a hassle than other options out there.

For output, you get RCA connectors for hooking up to a PA system and powered speakers, as well as a headphone output for monitoring.   It can be juiced using an AC adapter, a battery pack (included) or a powered USB connection.