iRobot 110 FirstLook Is Designed For Throwing 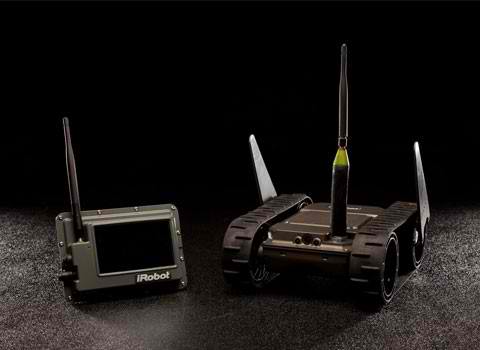 Of course, you can throw any small, lightweight robot — not just the iRobot 110 FirstLook.  However, this one’s guaranteed to survive the drop, get in position (it self-corrects when it lands flipped over) and start running towards its destination.

Like most iRobots, this automaton is designed for military uses, being specially suited for “hasty situational awareness.”  By that, we’re guessing they’re talking about getting quick visuals of a perimeter behind  a barrier (which should explain the throwing part) before your army of superheroes blast through it. 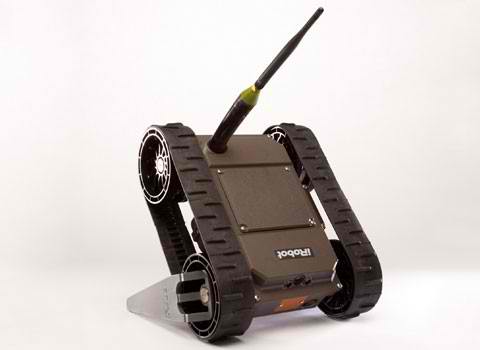 The iRobot 110 FirstLook measures 10 x 9 x 4 inches  and weighs less than 5 lbs.  Designed for hurling over distances, the robot can survive 15-foot drops on hard concrete, as well as submersion under water for up to 3 feet.  It’s maneuverable in a variety of environments,too, with a facility for overcoming obstacles and stepping on raised platforms (like stairs) up to 8 inches high.

A wrist-mounted controller lets you operate it remotely while it rolls on the ground at up to 3.4 miles per hour.  Other features include a two-way radio, infrared lighting, four built-in cameras  and a rechargeable battery with a driving run time of up to 6 hours (10 hours with stationary monitoring) on a single charge (it comes with a charging dock). 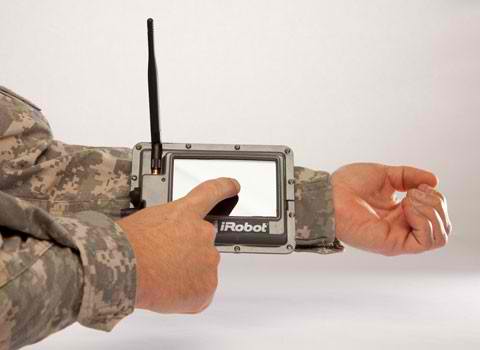 Aside from the onboard gear, the iRobot 110 FirstLook can also integrate a variety of fittings, such as specialized cameras, thermal imagers, chemical/biological/radiation sensors and even explosives during robot suicide missions.  We’re not sure about pricing, but you can get in touch with the company if you’re planning to buy one for your one private army.

Check out the video on the link below.