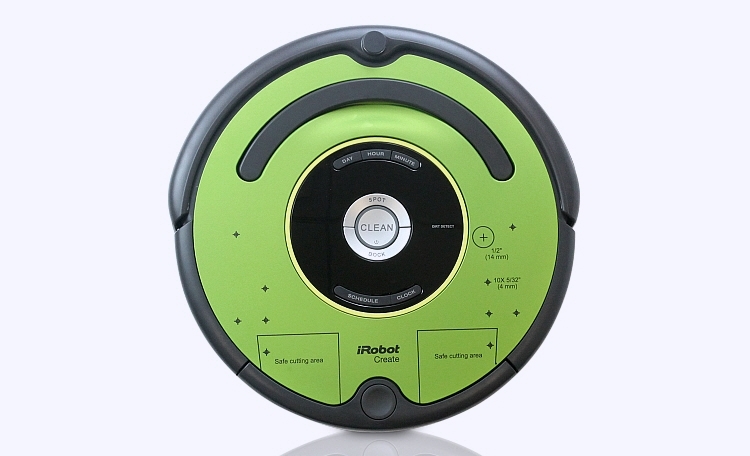 The iRobot Create 2 is, basically, a Roomba that’s been stripped of the ability to vacuum objects out of the floor. Why? So you can play around with a programmable robot in a proven design, sans the kind of price tag that only large business and research institutions can afford.

Described as an “affordable STEM resource,” the robot is a veritable hacker’s paradise for use in robotics, engineering, and computer science projects. Whether you want to build a robot to patrol the house at night, an autonomous robot that will play with your cat several times a day, or a Roomba that will dirty the house instead of clean it, this thing can help you realize those dreams, assuming you have the skills and the budget to put it all together.

Just like the Roomba, the iRobot Create 2 comes in a disc shape, uses wheels for mobility, and has a self-charging home base, where you can send it to replenish every time it’s low on juice. Heck, you can even use the same preset options as the robot vacuum, so you can schedule when it leaves, where it goes, and when it returns to its dock with a few pushes of a button. Unlike it, the entire vacuum component has been scooped out, along with a few other hardware components, leaving you with a barebones robot that you can equip to your liking.

In place of all the removed components are easily accessible, marked spaces designed to hold any new hardware you want to install, which will, of course, depend on whatever projects you have in mind (it requires to be tethered to a computer for programming, unless you install a separate processor like an Arduino, for instance). Many of the tools you will need to get started are included, such as a programming framework, example instructions, and CAD files for suggested extra parts that you can 3D print on your own.