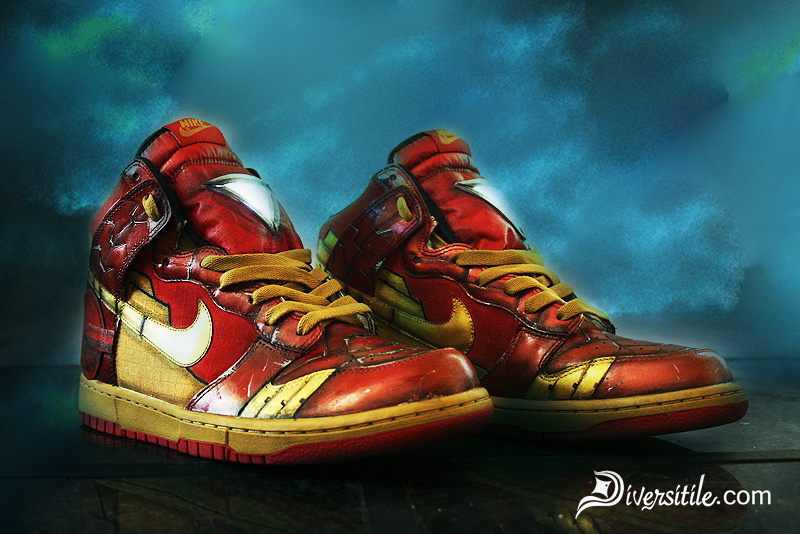 We know, you want to be Tony Stark. But no grown man is gonna get no respect if he dresses up in red and gold armor, even if he drank lots of bourbon. Our suggestion? Satiate your superhero craving with Diversitile’s Iron Man and War Machine sneakers, custom-painted Nikes that bear a striking resemble to the two high-flying, missile-blasting armored superheroes.

According to Diversitile’s blog, the pictures aren’t Photoshop renders. They’re the real deal. And the shoes will really ship to you looking like they’ve just been beat up and put through a hellish night because that’s what superheroes look like after battling dozens upon dozens of droids. 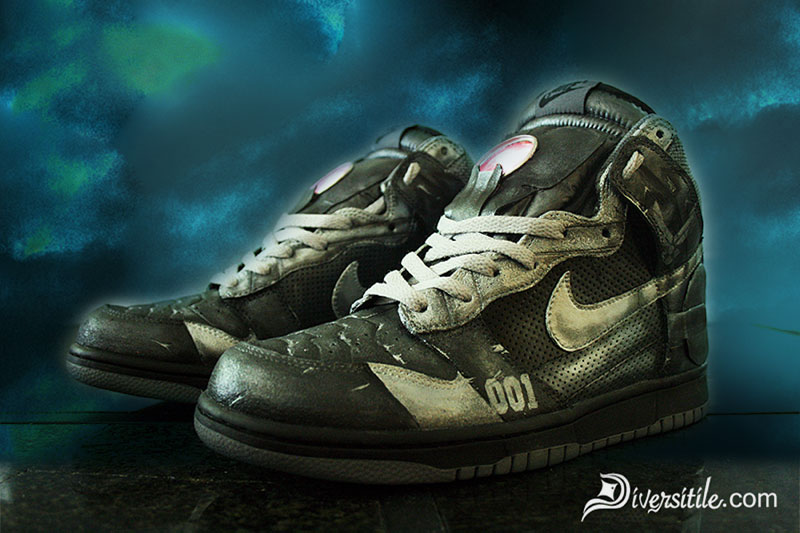 Both the Iron Man And War Machine sneakers use Nike SB Dunk Highs as the base. With some detailed paintwork to mimic the movie characters’ appearance, texture work (layered with armor paneling, according to the company) and crafty stitching, they turn the familiar basketball shoes into a really unique pair of Marvel-inspired accessories. Just in case someone doesn’t get the Iron Man reference, they also added replica arc reactors on the tongue of each shoe. Just squeeze it like you’d do when sucking air on your Reebok Pumps and the thing lights up.

While both look nice, it’s easy to guess which one everyone’s gonna try to get their hands on first. Good luck, since they’re only doing limited numbers (they aren’t sure how many yet, though).

There’s no pricing or availability date for the Iron Man And War Machine Nike SB Dunk Highs, so add the company blog to your feed reader if you want to be early in on the action.