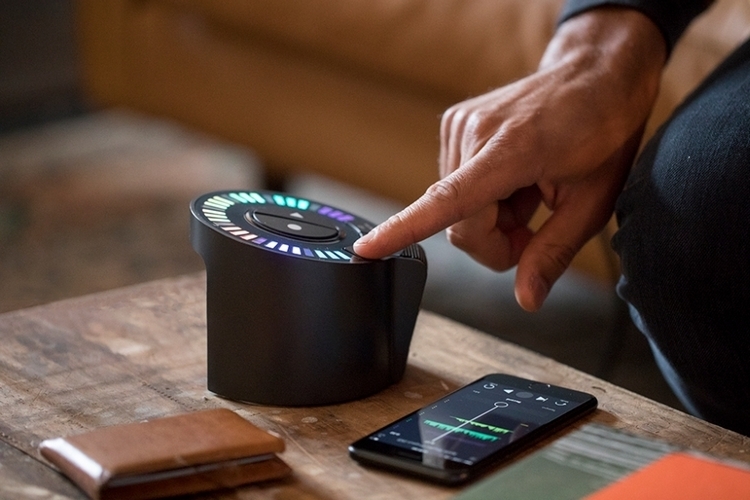 Over the years, we’ve seen plenty of solutions that simplified music recording without access to an actual studio. None we’ve come across, however, has made it as simple as the iZotope Spire.

A mobile recording studio, the device allows you to record music with vocals and instruments on the go, whether you’re in a bench at the park, the office pantry, or the cardboard home studio you ordered from Japan. You don’t even need a laptop to make the setup work, as the darn thing just requires a wireless connection with your iPhone to record everything while you play. 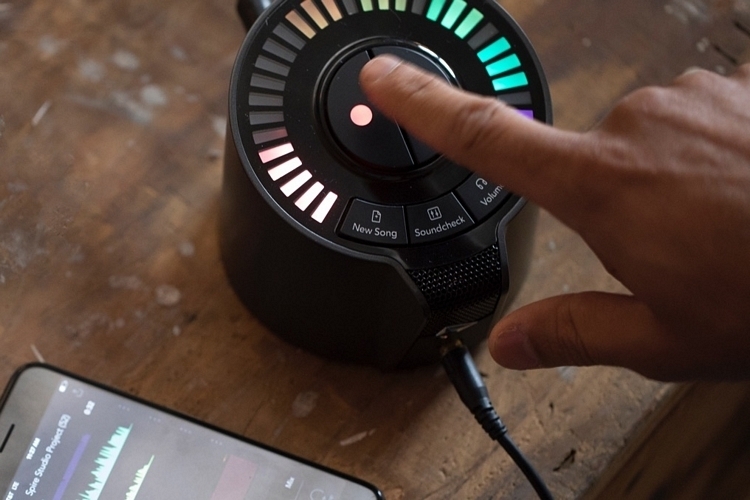 The iZotope Spire Studio has a built-in mic for easily recording jam sessions, as well as two XLR/TS inputs with Grace Design pre-amps for isolating the sound of guitars, keyboards, and other instruments.  Designed for dead-simple use, just pair it with your iPhone over Wi-Fi, plug in your instruments, and start playing. Whether you want to record a quick demo for a new song, a guitar riff that will be perfect for that track you’re arranging, or a jam session with your band, this thing lets you do that without having to mess with a whole load of gear, all while giving you a whole load more options than the built-in Music Memos on the iPhone.

It comes with basic controls on the device itself for starting and pausing a recording, starting a new song, performing an unrecorded soundcheck, and adjusting the volume. Everything else, from choosing studio-style sound effects to adding filters, is done through the companion app, where you can also edit the songs post-recording similar to other mobile audio-recording apps. Do note, the app is designed for simple operation, so it won’t quite go as deep as other software. The good news? There’s an option to export tracks to pro-grade programs like Logic and Pro Tools, so you can edit them in a much more comprehensive software as well as integrate them into full-fledged studio recordings. 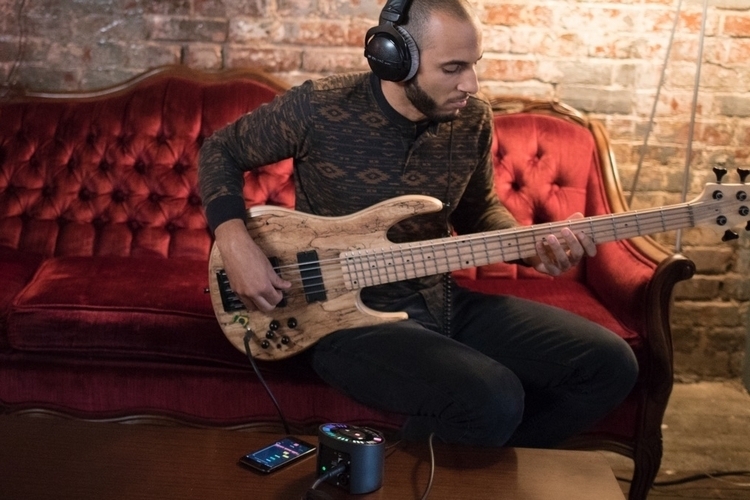 The app comes with an eight-track recorder, by the way, so you can overdub songs and layer tracks like in an actual professional recording. An automatic level system ensures all your recordings are done at an optimal level, so it’s never too low or too high.

Sporting a size and shape similar to your coffee mug at the office, the iZotope Spire Studio is compact enough to slip inside a bag, so you can have a veritable recording studio anywhere you go. Simply put, it’s about as convenient as recording setups go, with no need for laptops, wires, and a whole load of complicated gear.

It comes with internal storage large enough to hold up to six hours of music, so you don’t even have to take up space in your phone’s non-expandable memory. Do note, the battery is only rated for four hours of continuous use, so you might want to plug this in if you’re recording an extended jam session.

No word yet on release date or pricing for the iZotope Spire Studio, but you can learn more from the link below.