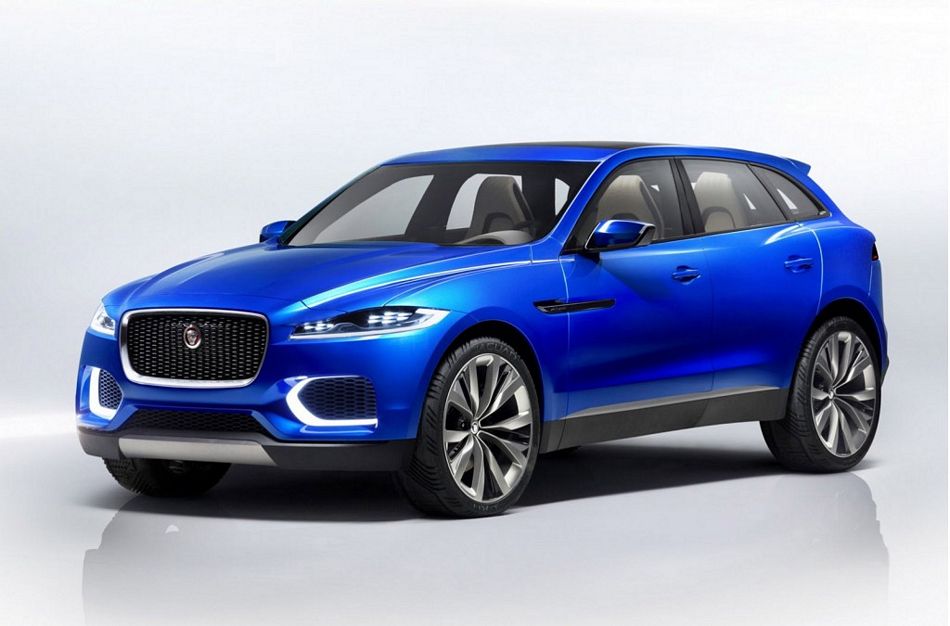 Jaguar has made no secret of its desire to expand its vehicle range to make inroads in new markets.  And what better premium niche to dip its paws in than the growing compact crossover range, where exciting new cars like the Mercedes Benz GLA-Class make their home?  The Jaguar C-X17 Concept represents the company’s impending foray into that scene, boasting a new architecture that showcases the core of Jaguar’s future models. 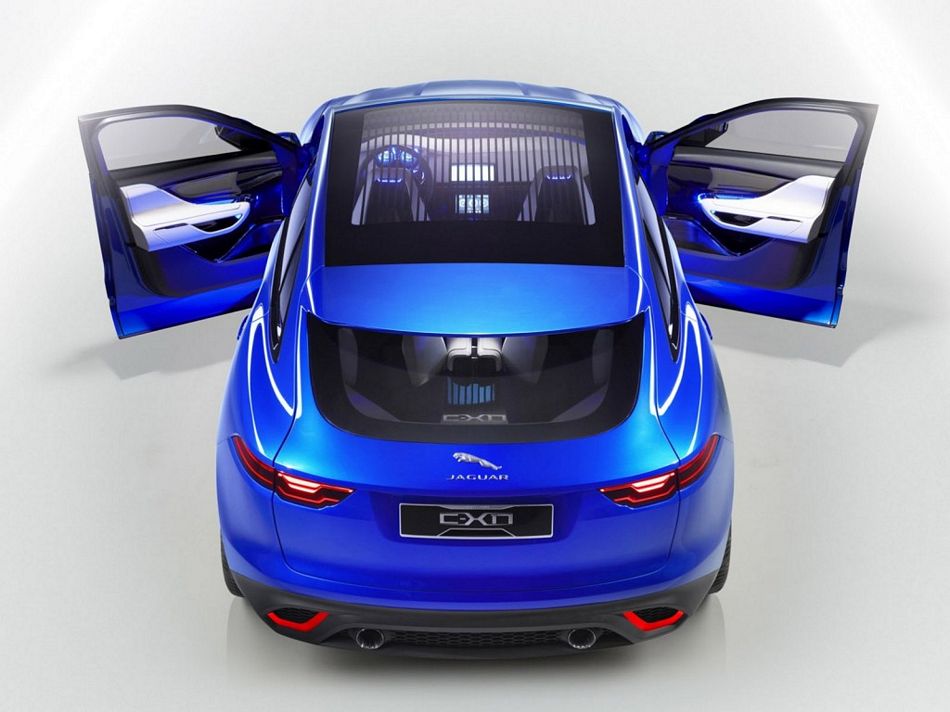 Officially, the vehicle is just a concept meant to show off Jaguar’s new “iQ AI” modular aluminum monocoque architecture, which is slated to be the basis for the automaker’s upcoming range.  This new platform provides the company with a common interchangeable architecture for all future cars that’s lightweight, ultra-stiff, and extremely scalable, which makes the design study showcase a very sensible purpose.  With a sport crossover this sharp and that particular market in a serious uptrend, though, it’s almost beyond belief that we’re not going to see a production version of this beauty sometime shortly. 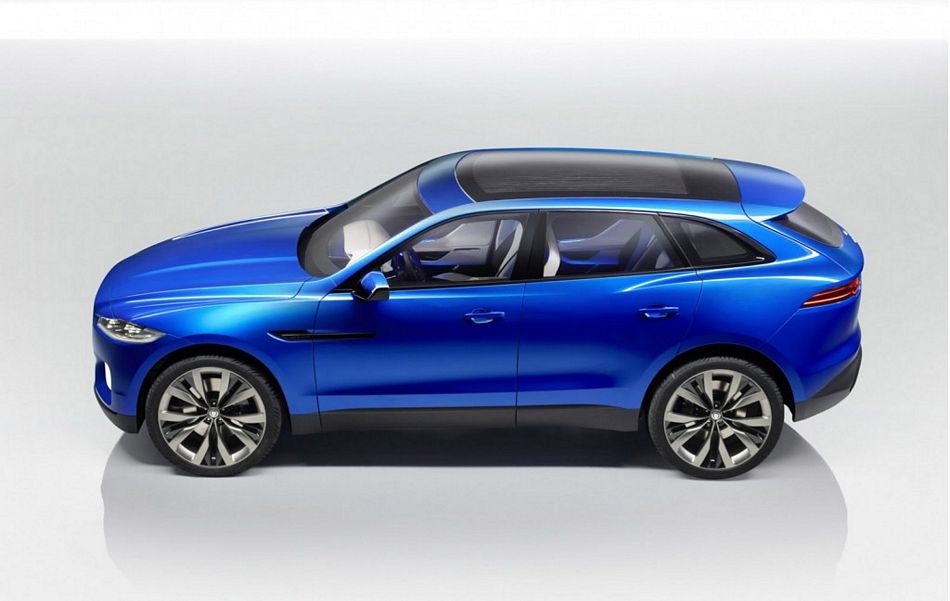 Physically, the Jaguar C-X17 pairs the Leaping Cat’s trademark aggressive lines with a low stance and downright beautiful proportions.  Despite the non-traditional nature of the car, it’s easily identifiable as a Jaguar, especially with the seething LED headlamps, XJ-like nose, and box grille.  Rounding out the exterior are 23-inch alloy wheels,  a see-through glass roof, and a Caesium Blue finish with gloss black brightwork.  No word on what engine sits under the hood, but it does come with an intelligent All-Wheel Drive System for continuously monitoring grip levels and driver inputs, as well as feed-forward torque distribution and torque vectoring by braking. 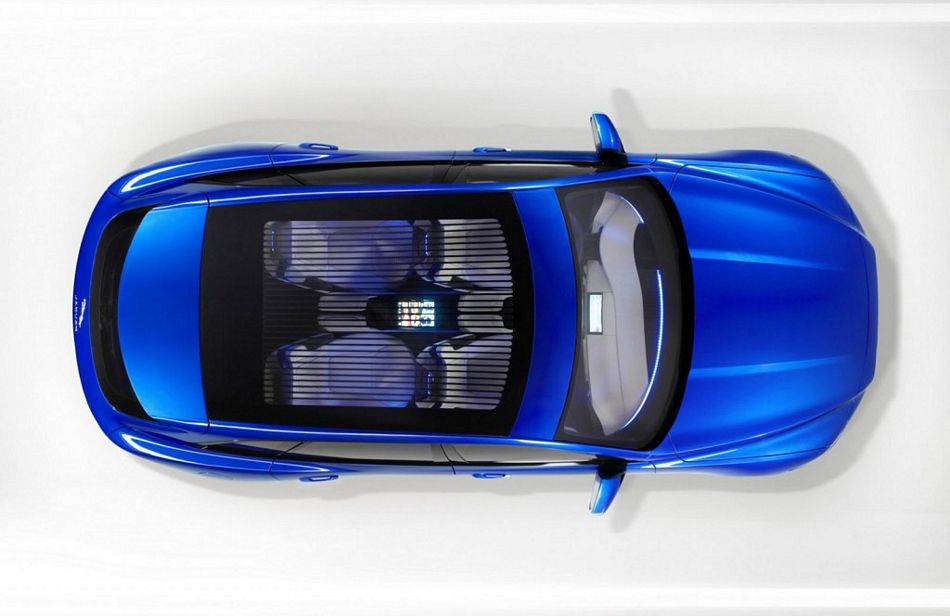 More surprising than anything else, though, is the interior, which, at first glance, looks like it was lifted off a futuristic sci-fi comic book.  It boasts a combo of Jet Saddle Connoly leather and Orchid Connoly leather, four white contour bucket seats, a multi-screen infotainment network, lots of lights, and even a pair of swing-out seats in the boot. 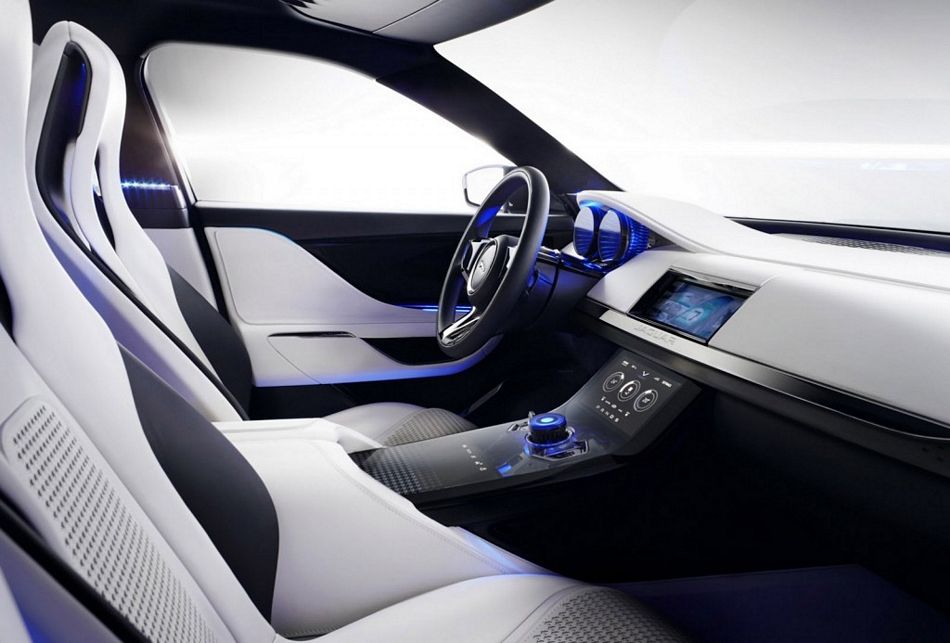 The Jaguar C-X17 is currently showing on the floor at the Frankfurt Auto Show. 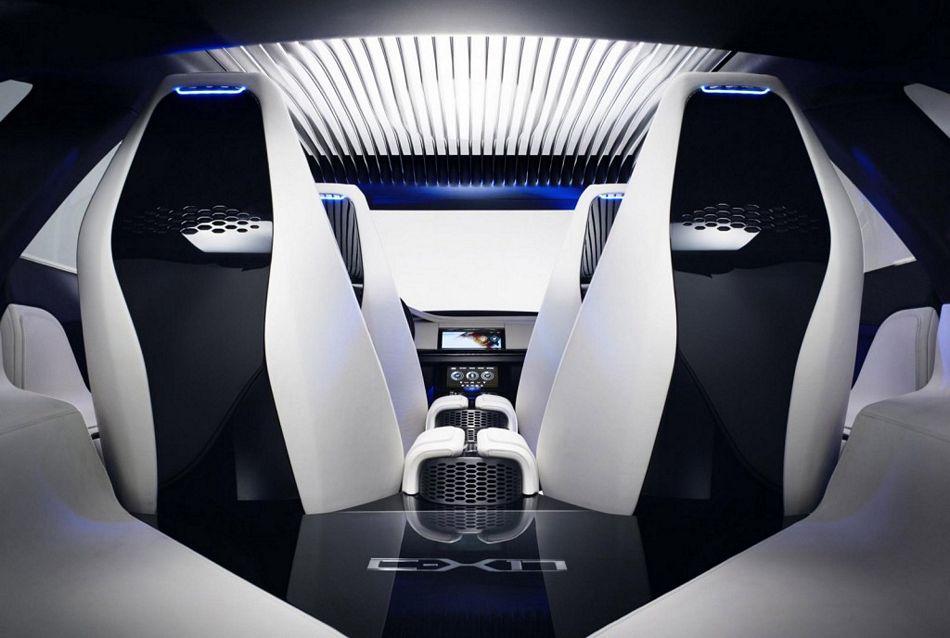