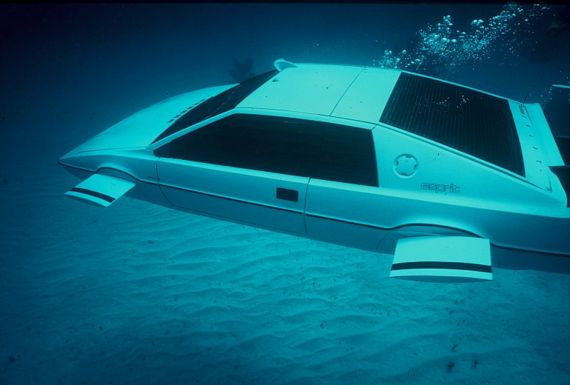 If you’re rich enough to even consider buying a personal submarine, you might as well get one originally built for an international super-spy.  We’re talking about James Bond’s submersible Lotus Esprit, from the film The Spy Who Loved Me, which is going under the hammer later this year.

Developed and engineered by the British Secret Service’s Q Branch (well, actually, it’s Florida’s Perry Oceanographic), it’s a self-propelled underwater vehicle that you can take to the waters to swim with the fishes.  Or chase after your neighbor’s Seabreacher X, which, we assume, is going to go a lot faster than this old submersible. 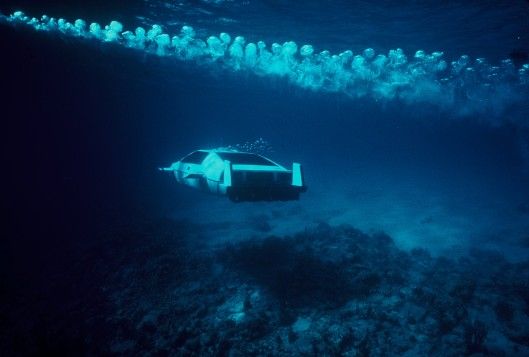 While the Lotus Esprit Series 1 Submarine Car won’t win you any races (let’s face it, the thing’s ancient), the vehicle is supposed to be fully-functional, so you can take it down the ocean and ride underwater for real.  We don’t actually know if it’s in good working condition, but the whole thing remains equipped as it was driven in the film, so at worst, you should be able to get it in running shape with some repairs.  Do note, it can’t actually transform from a conventional car to a submersible as portrayed in the movie — it’s strictly for use as a personal submersible.

According to RM Auctions, who are running the sale, this is one of six Esprit body shells used in the movie and is the only one that can actually run underwater.  After the movie was done, the vehicle has sat in a storage unit for ten years before being discovered during an auction of delinquent storage lockers.  It has since been authenticated and shown off across various shows.

The Lotus Esprit Series 1 Submarine Car will be put up for auction in September at RM Auctions’ London sale event.