JamStack Puts A Portable Amp On Your Electric Guitar, So You Can Play Loud On The Go 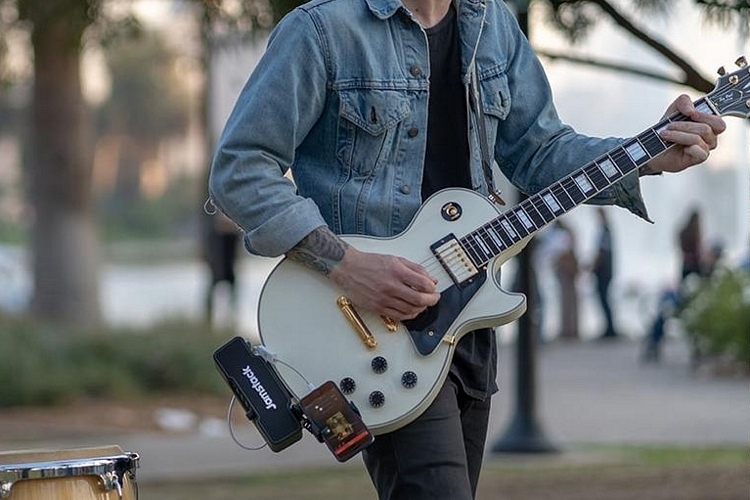 Electric guitars with built-in speakers have been around for a while, allowing you to play an amplified instrument with nothing but a six-string in tow. It’s very convenient. Problem is, you’re stuck having to play the exact same guitar the entire time – not the most ideal setup if you want to rock out with that Game of Thrones guitar you picked up a while back. The JamStack offers an alternative.

A compact amp and speaker combo, it clips to the bottom of a guitar’s body, effectively integrating as part of the instrument. That way, it goes wherever your guitar goes, allowing you to move freely while playing, whether you’re busking in the streets, rehearsing with a band, or performing on stage. 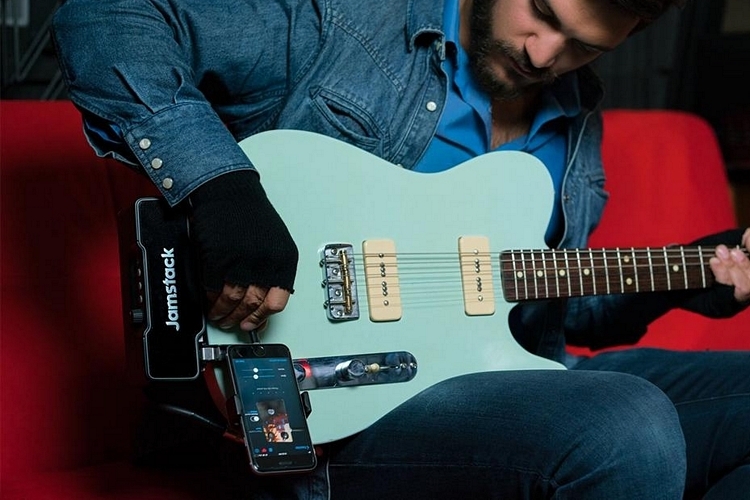 The JamStack is a portable amplifier that’s designed to attach to your guitar via an integrated clip. From there, you can plug it to the guitar’s output jack and you’re set, ready to shred amplified sounds on your six-stringer just like you do on the practice amp at home. It can fit any guitar’s body between 1.3 and 2.3 inches in thickness, ensuring it should easily install on most electric guitars in the market. When not in use as an amp, the device also functions as a Bluetooth speaker that you can use to listen to music like any mobile speaker out there.

It comes with a smartphone mount that you can use to mount a phone on the same guitar, along with a USB-C slot for hooking it up the phone via a cable (both iOS and Android phones are supported). With a phone onboard, the system converts any signals from the guitar into digital and passes it to the phone, allowing any compatible app to process the sound, whether for recording, tuning, or adding effects, before sending it back to the speaker for output. Basically, this thing, combined with a phone, gets you a full-fledged guitar set-up that can crank out amplified sounds with a whole plethora of effects onboard. 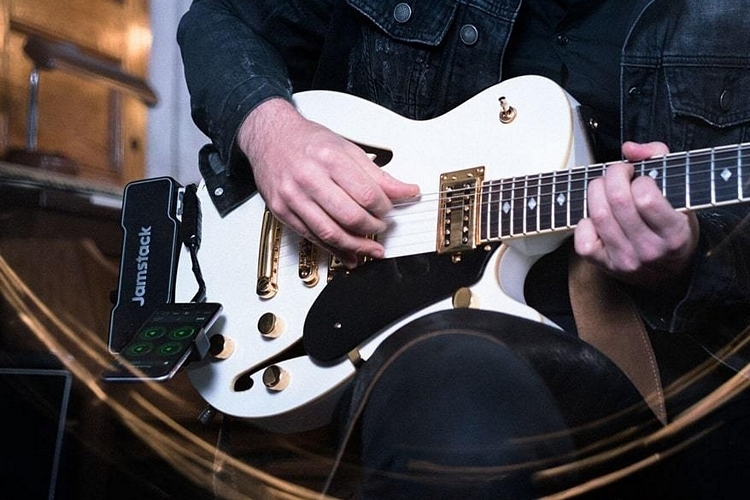 The JamStack is equivalent to a 10W dual-speaker practice amp, which should make it louder sound than an acoustic guitar, giving the sound enough range that you can perform in the streets without being drowned out by ambient noise. It’s light, too, adding just 1.4 pounds to your guitar, so it won’t weigh you down even when playing on your feet for extended periods. Speaking of extended playing times, the integrated battery is rated to keep it in operation for up to eight hours of shredding. 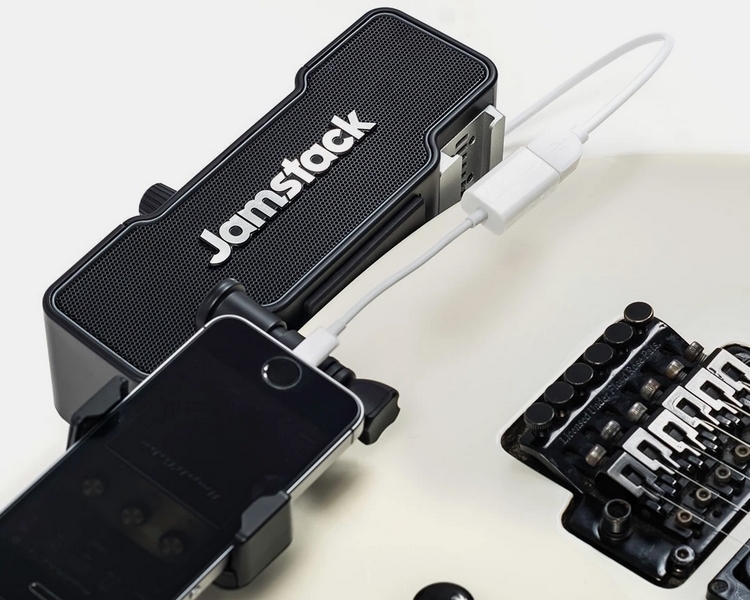 The smartphone mount allows you to adjust the phone’s position at a variety of angles, so you can find the perfect angle that lets you play without interruptions while having full access to any app you’re using. While JamStack doesn’t have its own app, the device is compatible with a healthy selection of titles from both the App Store and Play Store, including ToneBridge, DepLike, Garage Band, Clear Tune, Tonestack, Tabs, Ampkit, Bias Amp 2, and more.

Originally a Kickstarter project, the JamStack is available now. Price is $269.