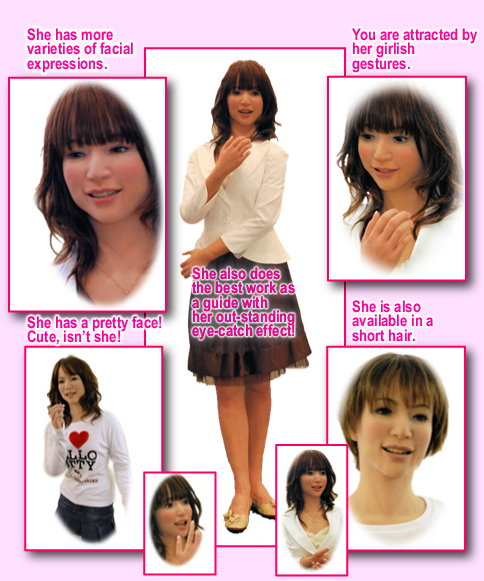 Ever wanted to be in two places at one time?  Now you can.  Sort of.  Japanese retail store operator Sogo & Seibu have announced they will be taking pre-orders beginning January for the Actoid, a life-size humanoid robot that will be made to look exactly like its owner.

Unfortunately, the robots will be limited in function, so you can’t have then come to work pretending to be you.  However, you should be able to use them for  little more than experiencing the joys of having a robotic doppelganger.

According to the company, the Actoids will have a silicone body and can speak using pre-programmed recordings of your voice.  They can’t walk (so you can’t make them pretend to pace around the office), but they can move their upper bodies (so you can have them sit in your chair, pretending to be busy) and show numerous facial expressions.  If no one talks to you at the office (since you’re an antisocial creep), you just might get away with having them in your place.

The robots will be made by Kokoro, the same company that made the HRP-4C fembot ushers back in 2005 and the female robot model from a suntan lotion commercial last year.  No details yet on the control mechanism for the machines, but it should make for a lot of fun whatever they end up with.

Sogo & Seibu are doing this primarily as a PR stunt to drum up business for their department store chains during the holidays.  They’re only offering to build two Actoids for two lucky customers right now, but could expand the offering if they receive a lot of interest.  Price is set at $225,000 for your very own robotic body-double.