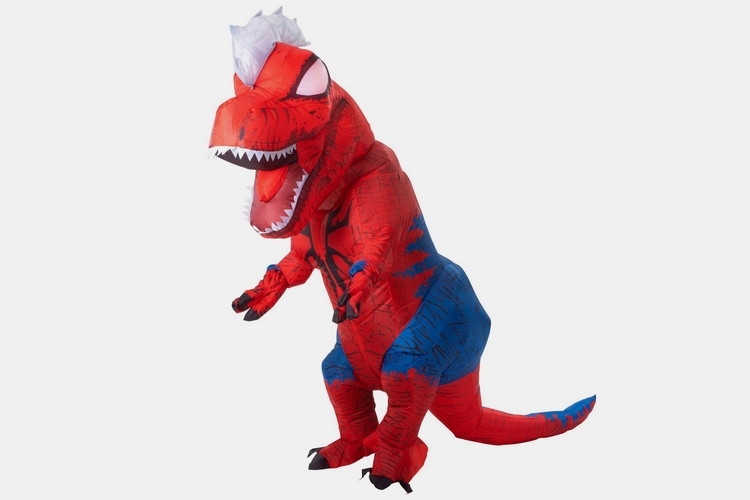 Dr. Strange breaking the multiverse open has made for some interesting events in the Marvel universe and, consequently, some fun toys in its wake like those three Peter Parkers from multiple universes. In the Edge of Spider-Verse comic, they even introduced a dinosaur version of Peter Parker from some weird Jurassic universe. Given how much people love both superheroes and dinosaurs, it’s no surprise that’s immediately being turned into merch in the form of the Jazwares Marvel Spider-Rex Inflatable Adult Costumes.

That’s right, you can now get an adult-sized costume of Spider-Rex, allowing you to roll into your next Halloween party dressed like a web-slinging dinosaur from Earth-66. Going to a superhero-themed party? This will work. How about a dinosaur-themed party? It does the trick, too. Plus,  with Spider-Rex being a pretty new character, we imagine this will be quite the hit anywhere you rock it. 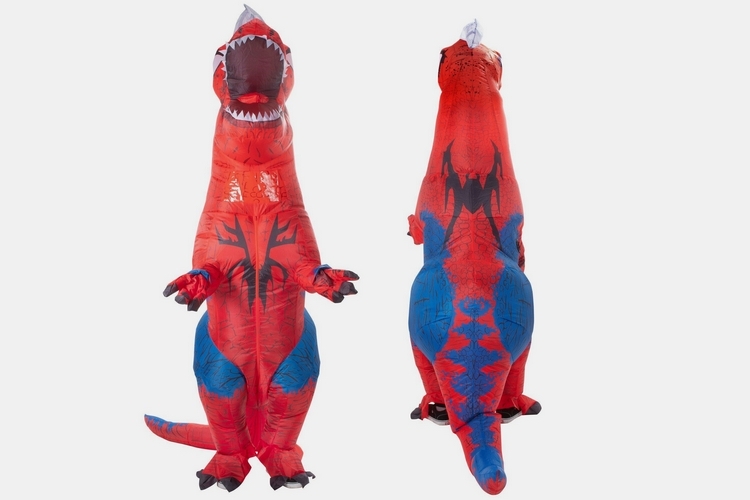 The Jazwares Marvel Spider-Rex Inflatable Adult Costume lets you suit up in the likeness of Pter Ptarker from Edge of the Spiderverse Vol. 2 #1 after he got hit by a meteor that’s infested with radioactive spiders and, presumably, got bitten by one. It looks like a really cool spider-powered dinosaur, too, with a white mohawk, large white eyes, and the signature red-and-blue livery of the Amazing Spider-Man we’ve all known and loved.

A wide-open snout with sharp teeth makes the superpowered dinosaur look quite the menacing character, with a window deep in the mouth giving you a way to see from inside the suit. It comes with clawed gloves, too, so you can scratch, scrape, and rip your way through a head-to-head confrontation with any unfortunate soul crazy enough to wear a Venomosaurus costume to the same party or show you’re attending. And yes, Jazwares also sells a costume of the T-rex from Old Man Logan that became bonded with the Venom symbiote, in case that’s more your vibe. 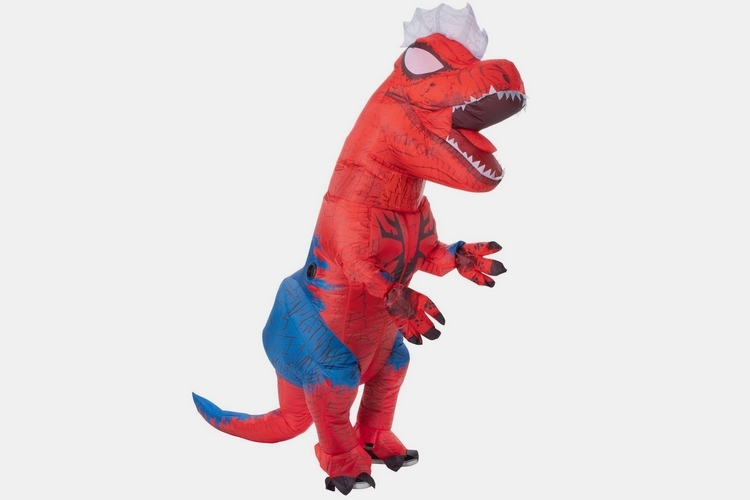 The Jazwares Marvel Spider-Rex Inflatable Adult Costume uses a built-in fan powered by AA batteries to pump air into the suit, allowing it to fill out and look like a buff prehistoric creature. It’s got all the signature elements of a proper T-rex, from the short limbs and the tail to the scaly detailing all over its skin (or feather or scales or whichever one Spider-Rex comes with). While it does look like the spider-bitten dinosaur from the comic, the costume actually gets none of its superpowers or prehistoric abilities, so it’s up to you to reinforce this thing with web shooters, dinosaur growls, and whatever clever soundbites Pter Ptarker actually says in his teenage dinosaur voice. 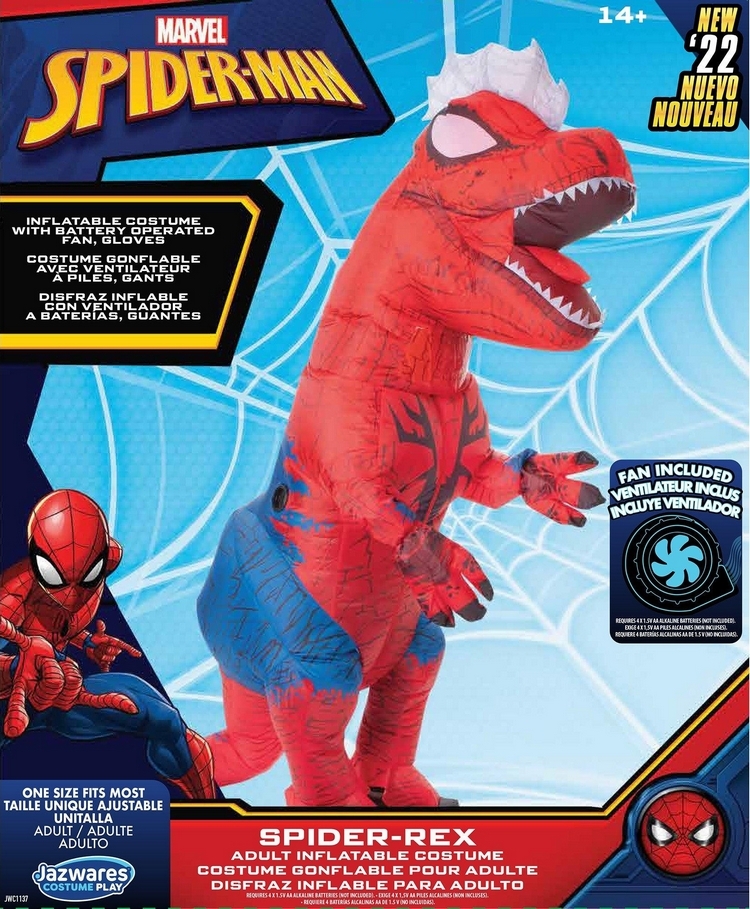 How easy is it to move in this thing? We’re not sure. Given how short the legs are and with inflatable tubes surrounding your body, we imagine it’s not the most mobile thing in the world. Basically, don’t expect to be comfortably running around the trade hall at Comic Con or scorching the dance floor at an afterparty while wearing this thing.