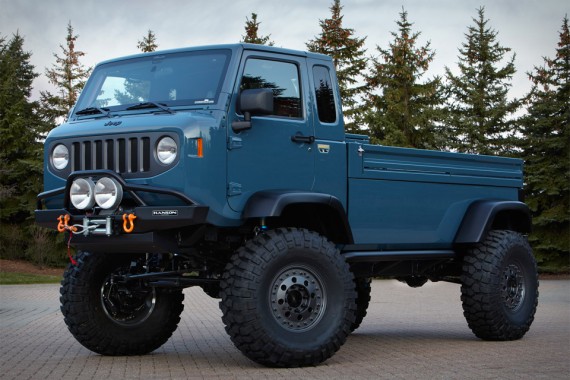 Being a concept vehicle, we’re not sure if the Jeep Mighty FC will ever get to production.  But it really should — this is the truck I want to be driving when Armageddon drops and the world returns to its barbaric roots.

Billed as a tribute to the 60s-era Willy’s Forward Control vehicles, the pickup features design cues that liberally borrow from Soviet missile haulers of yore.   Sporting a cab forward layout, the vehicle puts the driver right above the monstrous front tires, giving those inside a cockpit-style view.  The result is as much an awesome heavy-duty off-roader as it is a post-apocalyptic monster befitting a superhero of the future. 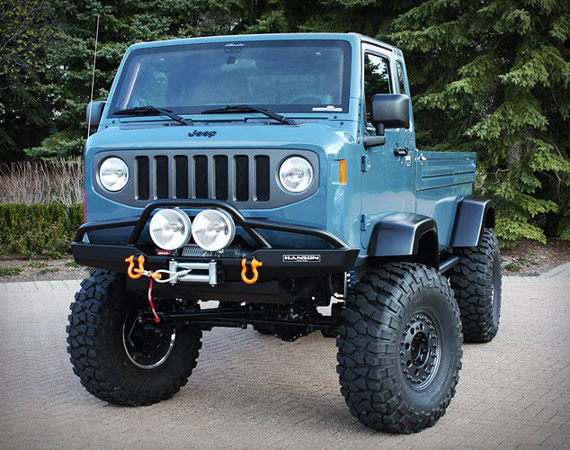 Under the hood, the Jeep Mighty FC Concept hides a powerful 300hp dual-overhead cam Pentastar V6, which complements the huge and intimidating profile that makes it a looker even when just standing still.  It uses a 2012 Wrangler Rubicon frame, inheriting its automatic transmission and dual range transfer case.  To build the vehicle, Jeep’s engineers took a factory Wrangler cab and combined it with a Mopar JK8 truck conversion kit.  They also stretched the wheel base and attached a custom cargo box with a bed that measures over 8 feet long.

Chances are, the Jeep Mighty FC Concept won’t ever come to production — Jeep has a long track record of amazing concept vehicles that never quite came around to seeing showrooms.  If there ever was a truck deserving of being produced for either supervillains or a post-apocalypse future, though, this looks to be it.