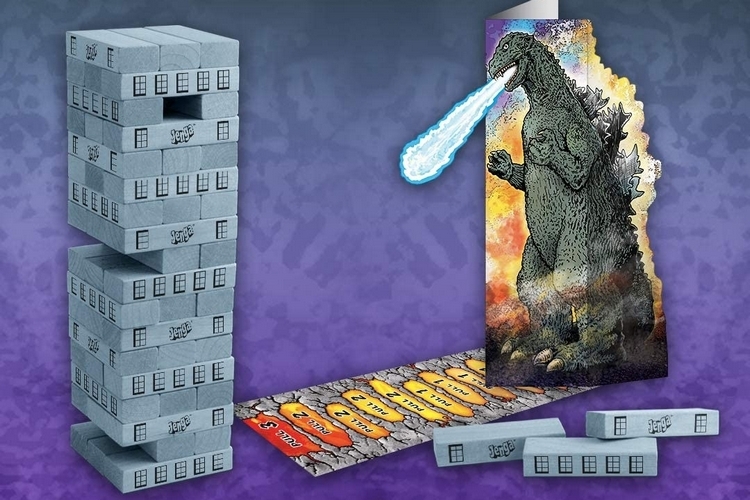 Jenga is a fun party game and all, but you have to admit, keeping a stack of wooden blocks from toppling only stays interesting for so long. At some point, it will get a tad boring that you’ll need something to spice things up. The Jenga: Godzilla Extreme Edition does that by turning the wood stack into a building under attack by the King of the Monsters.

That’s right, this version of Jenga turns the pile of wood blocks into a skyscraper that’s tenuously teetering on the edge of falling over due to a violent attack from the prehistoric Japanese sea monster, who’s been roused from centuries of slumber by nuclear radiation. Since you’re never going to stop a 300-foot rampaging beast (seriously, the world is even less ready for one than they are for the coronavirus), your job is to slow down the destruction by directing its rage at a piece of the stack that keeps the tower intact. Or something like that. 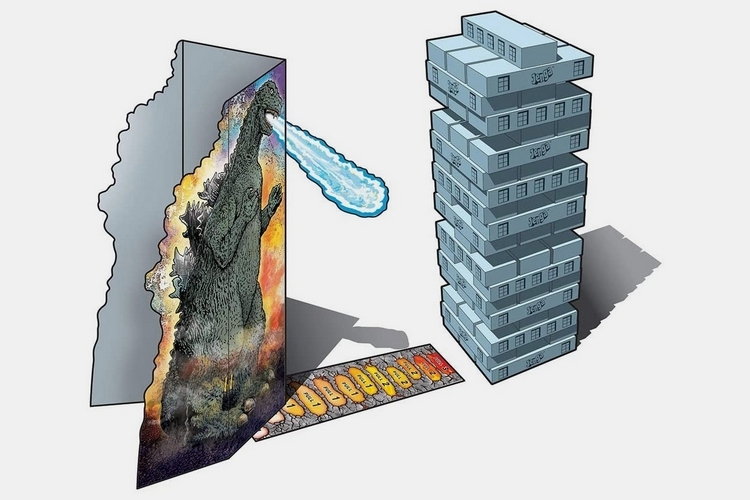 The Jenga: Godzilla Extreme Edition has 54 wood blocks printed with windows on the side, so the resulting stack looks like a proper skyscraper lined with bricks and windows. You can play it much like a regular Jenga game, too, where each player takes turns removing one block at a time until the whole thing falls to ruin (or someone sneezes, accidentally kicks the table, and ruins the game like last time). Except, with the addition of Godzilla to the mix, the game gets a monstrous twist, allowing you to change things up like never before.

The game includes a cardboard figure of Godzilla, an approach track, and a custom die. At the start, you put Godzilla at the end of the track and roll the die, with the number it turns up determining the amount of steps the monster takes on the approach and the section it stops in listing instructions about how many blocks you should remove from the stack. So yeah, Godzilla will bring destruction to your tower with every step, just like she does every time she visits a city in every single kaiju movie ever made. It’s a nice twist on the classic Jenga game – one that could make it just a little more exciting. 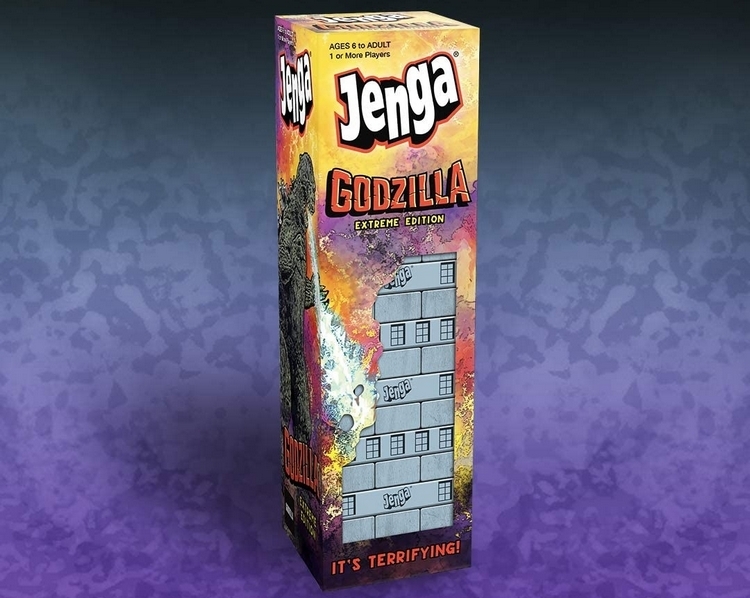 Want to make Jenga: Godzilla Extreme Edition even more immersive? You can start by replacing the cardboard Godzilla with an action figure to make your antagonist even more menacing (seriously, though, they could have added a large plastic Godzilla to make it just that much more fun). Heck, you can even throw in King Kong, dinosaurs, or whatever other monsters you have in the toy shelf. You can also alter the game by creating your own approach track with custom instructions, so you can have squares that have you damaging Godzilla (bring out the tanks or pit him against Voltron), changing the game to give yourself a chance to win against the giant creature before it brings the building down.