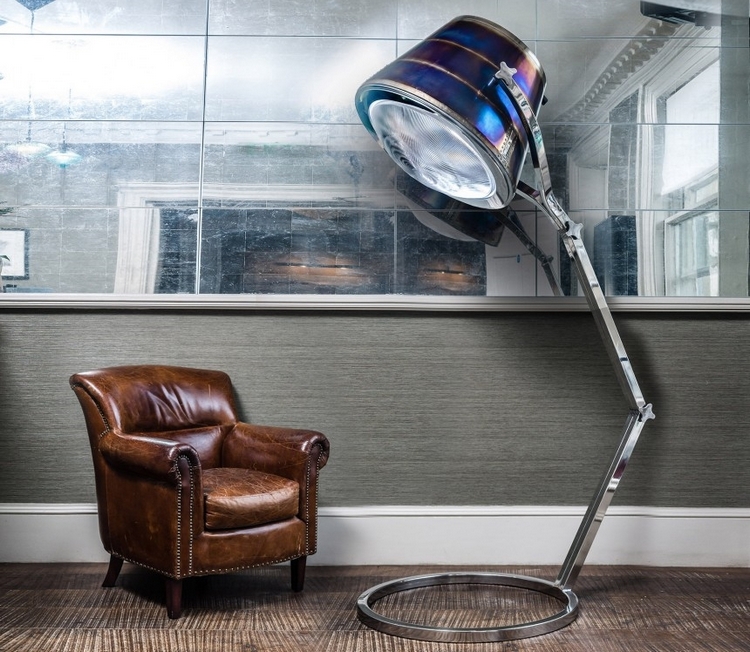 Have you ever wondered what would happen if Luxo Jr., Pixar’s animated desk lamp, ever grew up and became a grown man? Well, if it developed into an adult with a rugged disposition, we have a feeling it would look something like this Jet Exhaust Lamp.

Made by Fallen Furniture, it’s a floor lamp whose shade is made using the remnants of an exhaust cone that’s salvaged from a British Aerospace 146 jet that’s seen better days. Cleaned, treated, and fashioned into a decorative shade, it crowns the articulated lamp, giving it a unique character that should fit in well inside many home interiors. 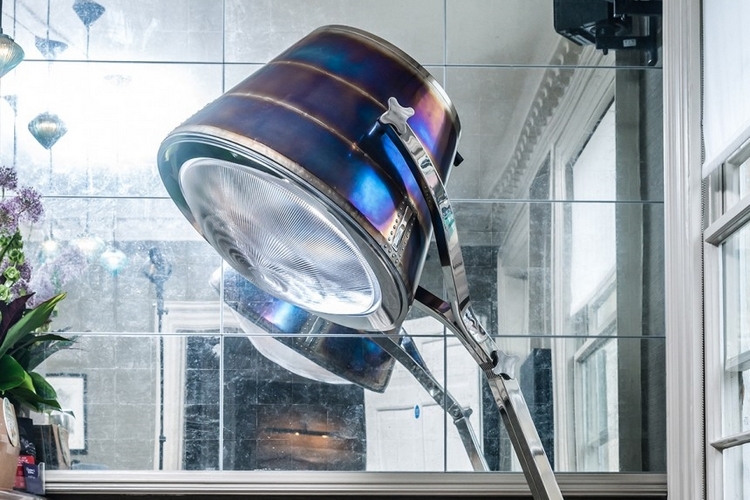 Drawing inspiration from the A.E Cremer Parisian lights of the 1950s, the Jet Exhaust Lamp stands a towering six feet, making it a fully-grown lamp compared to Luxo Jr.’s child-like frame. The exhaust cone head has gone through a process of sanding, polishing, and heating, leaving the surface radiating with shades of blue, gold, and purple, a far cry from its original appearance as part of the short haul airliner, which ceased production back in 2002. That elaborately-treated head pairs with an Italian holophane glass, creating an ornate top adorning the minimalist stand. Constructed from the ground using polished stainless steel, the stand features a humungous ring-shaped base and a two-point articulated arm, so you can adjust the path of illumination as easily as the lamp you have sitting on your desk at work. 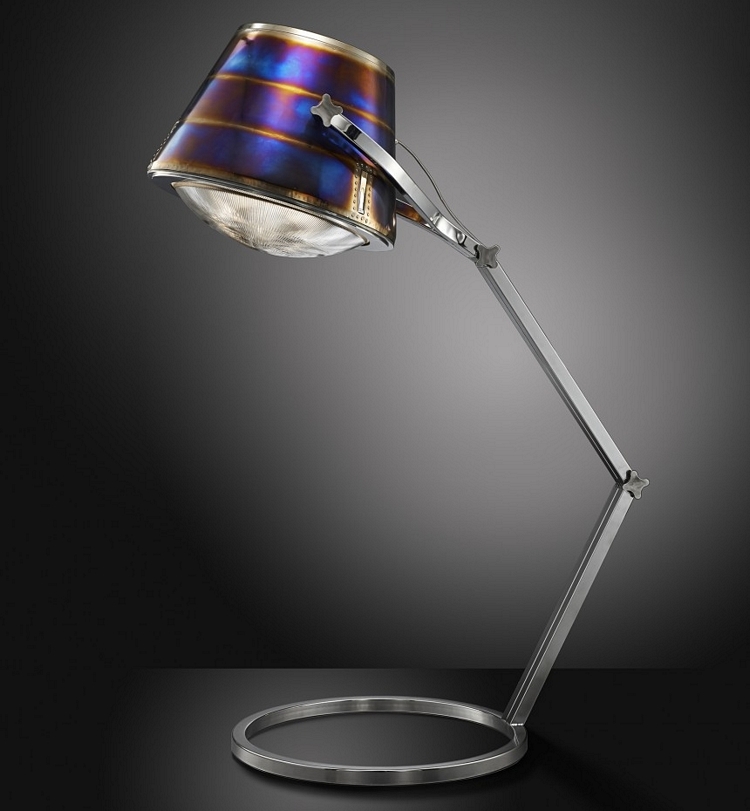 No pricing is listed, but the Jet Exhaust Lamp is available directly from Fallen Furniture.