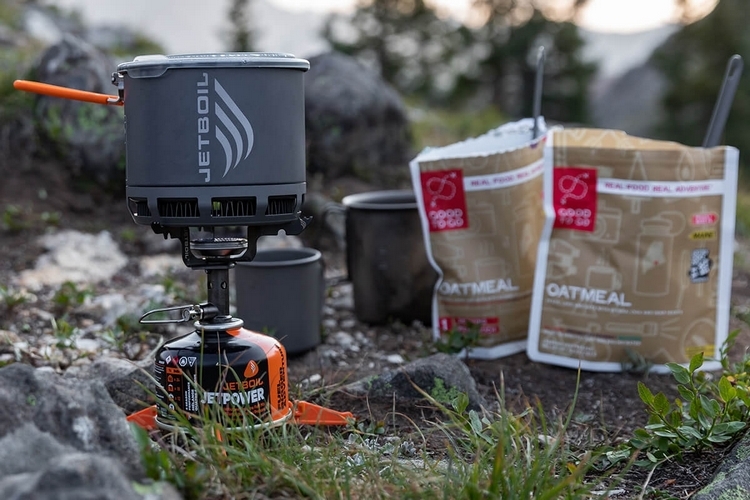 When you’re backpacking for extended periods through the wild, weight becomes essential. Every unnecessary pound is extra load that slows you down, gets you tired, and makes it just that much more difficult to get through tougher obstacles along the path. That’s why many backpackers either opt for the lightest camp stoves they can find or just do without them entirely, instead bringing along some ready-to-eat options for their backcountry sustenance. The Jetboil Stash Cooking System is designed for that crowd.

Designed to minimize weight without sacrificing cooking performance, the system gets you the basics you will need to boil water, make stews, and cook all sorts of meals at camp, allowing you enjoy hot drinks and warm food while carrying very little weight. Whether you’re hitting the trails alone or with a small group, this thing will serve as a viable cooking system without weighing you down. 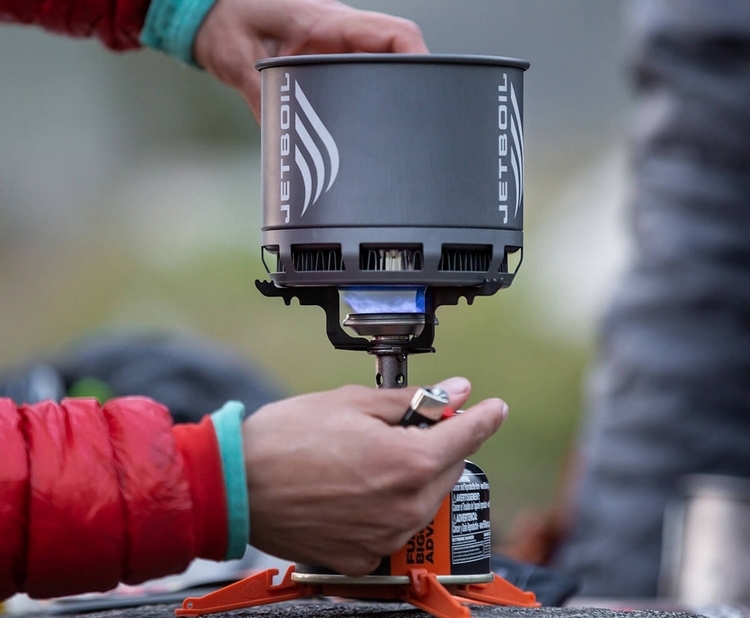 The Jetboil Stash Cooking System consists of a burner, a cooking pot, and stabilizer feet for your canister, giving you a complete setup sans your own choice of fuel. The burner is made from titanium, allowing it to weigh excessively light and still remain as tough as traditional steel burners, while the included pot is cut in aluminum for similarly lightweight reasons. Weight is 2.1 ounces for the burner, 5 ounces for the pot with lid, and 1 ounce for the plastic stabilizing feet, totaling to an impressive 8.1 ounces. Given the fact that you can leave the feet at home without sacrificing function, though, you can bring it down even lower to 7.1 ounces, which, we imagine, the most hardcore backpackers will do. In fact, the outfit is advertising it at that 7.1-ounce weight, which, they claim, is 40 percent lighter than the previously-lightest camp cooking system in their line. 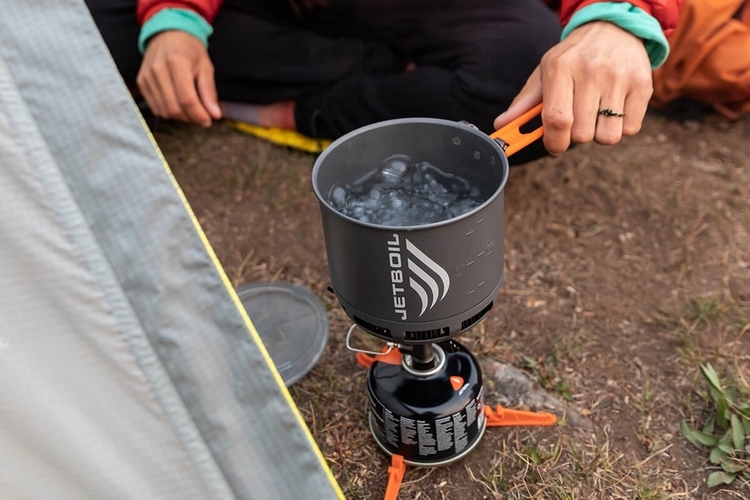 Obviously, it will get heavier, depending on what fuel canister (or how many of them) you bring. The pot, by the way, is designed to fit the burner, the legs, and a small 100g fuel canister in an organized manner (canister snaps under the lid and burner ticks in next to it), so you can stash everything in one place, allowing you to optimize the contents of your pack. 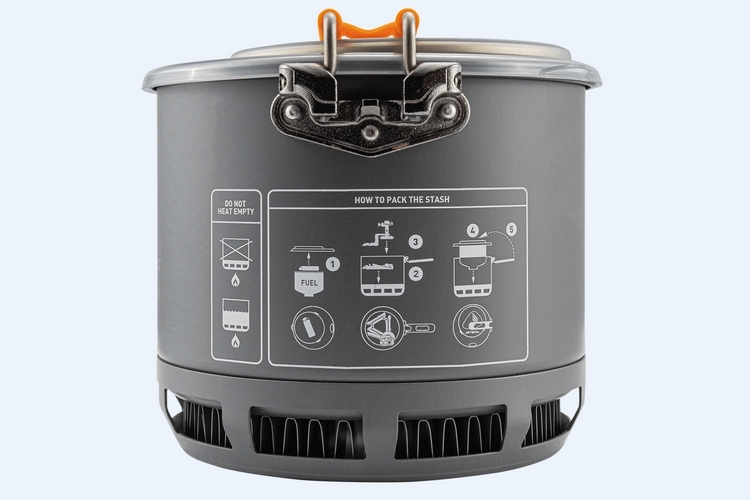 The Jetboil Stash Cooking System’s included pot has a 0.8-liter capacity, so you can heat enough water or cook enough food for at least two people in one batch, while a detachable pour handle makes it easy to move contents from the pot. It uses the outfit’s FluxRing design, which adds metal pleats to the base of the cookware to increase its surface area, allowing it to heat up much faster. Because of the design, it’s able to heat up a full batch of water in the included pot in just 2.5 minutes, so you don’t have to wait too long to get your tea or coffee in the morning. According to the outfit, a single 100g canister will allow it to boil up to 12 liters of water.