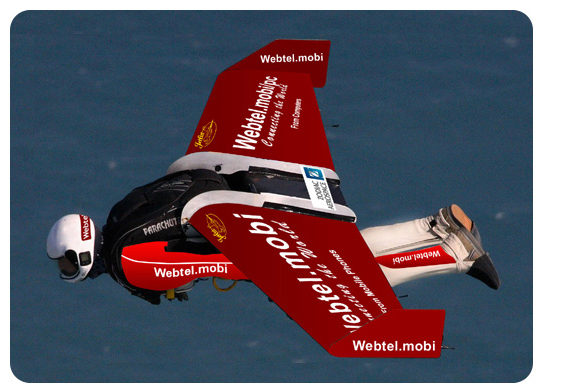 Two days ago, Jetman Yves Rossy made his attempt to fly across the Atlantic Ocean on the jetwing, an operational jetpack with wings.  He failed.  Not miserably, though, so he’s alive.  No gore for you, Faces of Death fans.

Sponsored by Webtel.mobi, it would have been the first intercontinental flight on such a small-scale flying device. The plan was to ride airborne from Africa to Europe, jumping out of a plane over Tangier in Morocco on to Tarifa, Spain, a distance of about 23 miles.  It is approximately a mile further than Jetman’s previously completed journey over the English Channel. 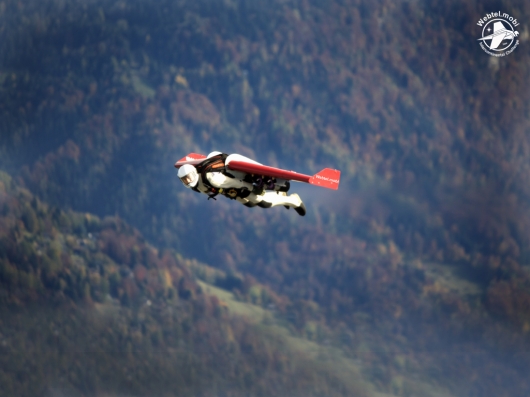 Heavy clouds and unfriendly weather thwarted the attempt.  According to the experienced airline pilot, who flies with no instruments other than an altimeter (he relies on feel), he ran into plenty of turbulence in the clouds.  After initially attempting to fly over it and failing, he decided to bail out.  Jetman let go of the wing, deployed his parachute and landed right on the water.  He was accompanied by three helicopters and two fixed-wing aircrafts during the whole experience.

Despite the hitch, don’t expect the challenge to end.  Rossy says he’s attempting the same run by New Year, after he performs a previously-scheduled flight over the Grand Canyon.  The Spanish Coast Guard is currently attempting to recover the abandoned jetwing.  Hopefully, someone else finds it and sells it on eBay.  I want one.

[Fusionman via Webtel via Gizmag]