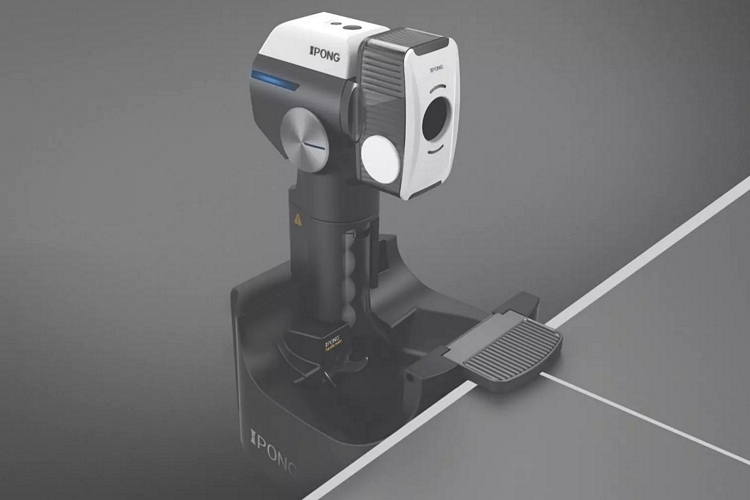 We’re big fans of table tennis trainers like the iPong, which shoots balls your way from across the table, so you can train your dives, pushes, and lobs even without anyone to play with. The Joola Infinity takes the idea even further by integrating a system that catches and recycles balls, so you can put in hours of practice time without ever having to manually reload.

A partnership between Joola and iPong, it takes the latter’s ball-throwing machines and levels it up with more sophisticated ball dynamics, greater ball control, and an infinite recycling system. Whether you’re a table tennis pro, an amateur working your way up the ranks, or a recreational player who enjoys weekend games with friends, this thing allows you to put in some paddle practice at any time of your choosing. 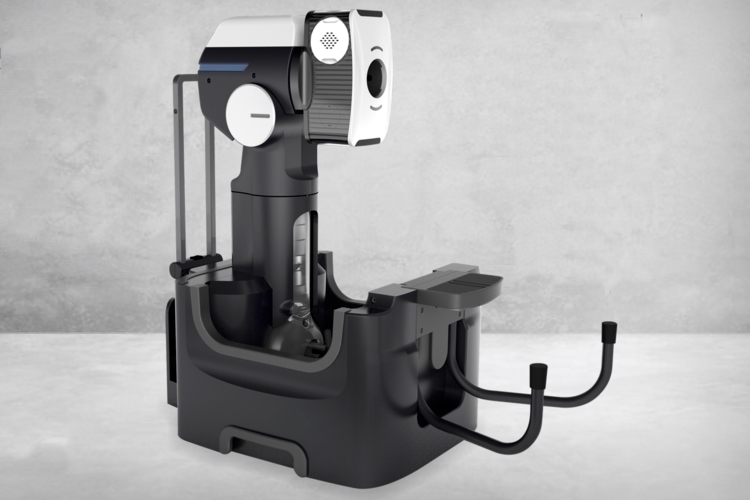 The Joola Infinity can shoot the ball anywhere within a 150-degree range, so it can throw the ball towards any direction on your end of the table, as well as shoot it at different upwards and downward trajectories (up to 50 degrees upwards and 30 degrees downwards), allowing it to send serves, loops, pushes, and lobs alike. Equipped with two wheels that come in contact the ball, it can reproduce topspin, underspin, sidespin, and no spin shots, so it can feel like you’re training with an actual skilled player that can vary their shots at will.

Even better, it can throw all those shots much faster than a normal person, with the ability to shoot up to 100 balls per minute, although you can also slow the rate down if you’d rather train at a more leisurely pace.  It can also send the balls careening at varying speeds between 2.5 and 45mph, so you can practice hitting light taps and powerful drives alike. Granted, it can’t quite the recreate the 69.9mph table tennis smash record, but you have to admit, 45mph is quite the impressive shot. 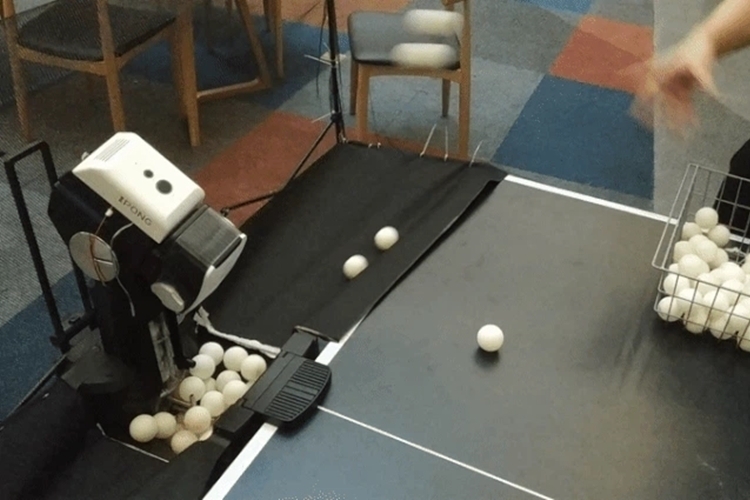 The Joola Infinity is designed to clamp tightly to the edge of the ping pong table, allowing it to maintain a secure hold shot after shot, although you will have to manually make sure it’s positioned right at the center in order to get maximum table coverage. It comes with a net that you can set up to cover a large area to the left, right, and rear of the robot, allowing it to catch most of the balls you hit, which it automatically funnels back to the machine due to the shape of the net (it pools all the balls to the center). 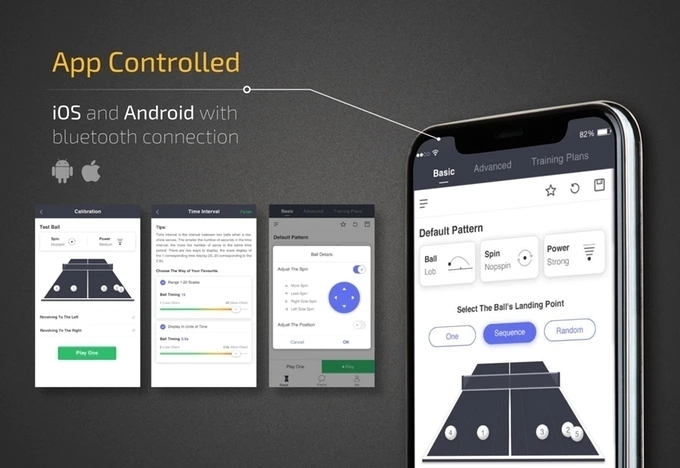 You can control the robot using a mobile app (iOS and Android), where you can adjust shooting angles, shot types, release rate, and speed, allowing you to choose exactly how you want to train. The app will also have pre-programmed drills for different skill levels, so you don’t have to fiddle too much with the settings in order to get a practice session going.

A Kickstarter campaign is currently running for the Joola Infinity. You can reserve a unit for pledges starting at $499.