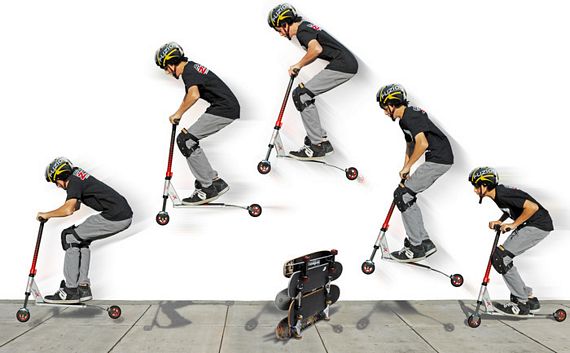 When it comes to coming up with new recreational solo transporters, the classic scooter has been a favorite starting point for many companies.  They’ve put tank treads on them, turned them into side-leaning electric machines and, basically, modified the classic into all sorts of fun ways.   The JumpX isn’t as much about transport as it is about fun, turning the beloved kick scooter into a more exciting ride.

Just like a regular kick scooter, the new toy can be used to scoot around the neighborhood, ferrying you from house to house faster.  Unlike it, though, it comes with a vertical-jumping capability, allowing for neat tricks that involve catching plenty of air. 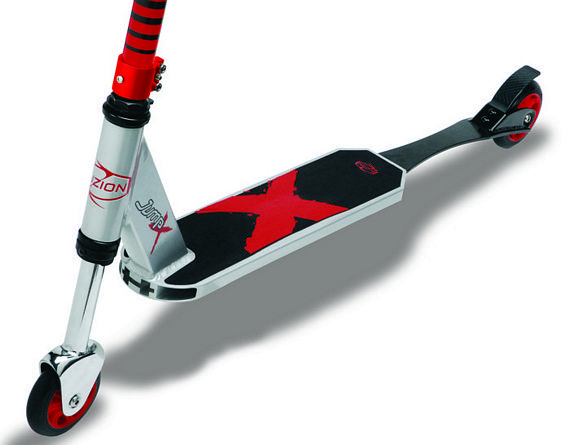 Like a cross between a scooter and a pogo, the JumpX uses front-installed dual-compression springs to send it flying off to the air with just a little downward push.  Imagine doing the jump while passing through a low ramp or clearing a hump, for instance, and you can imagine just how much more fun this can be.  It also has a  rear leaf spring that cushions the landing so you continue to ride forward even after a big aerial soar.  Not only do the integrated springs allow for leaps, they facilitate a smoother experience, too, providing a more forgiving ride that should make it easier for newer riders to get used to. 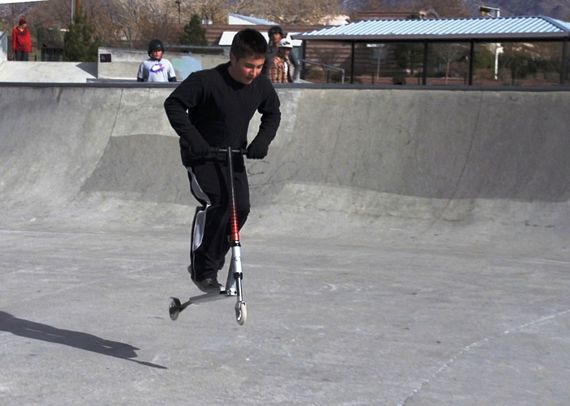 The JumpX is currently collecting backers from Kickstarter, with pledges to reserve one starting at $89.