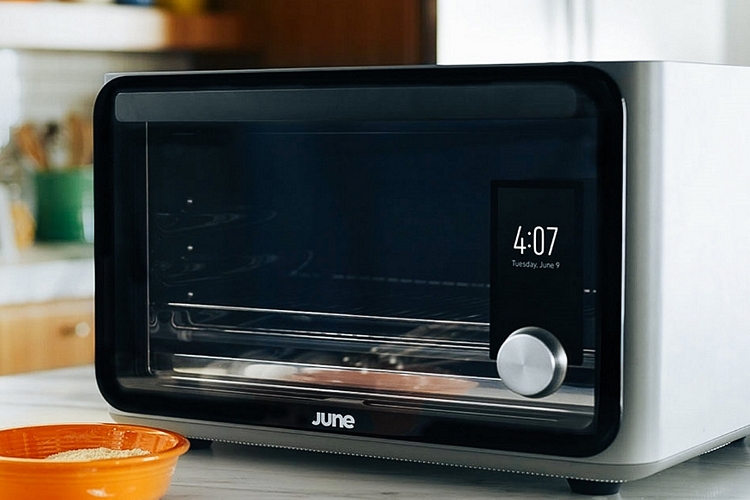 The countertop oven is a kitchen workhorse, performing baking, broiling, and toasting duties, among a whole host of other tasks. Well, it’s about to become more so with June, an intelligent oven that can set its own time and temperature based on what you place inside its cooking chamber.

Using an onboard camera, the oven can identify 15 different categories of food, including chicken, cookie dough, and pizza. You can even use the same camera to watch the food cook remotely from a phone, so you can check up on those brownies while you lounge in the living room in front of the TV.   It also has a built-in weighing mechanism, whose reading it combines with the type of food to suggest a specific cooking time and temperature for the dish, which you can approve or override. 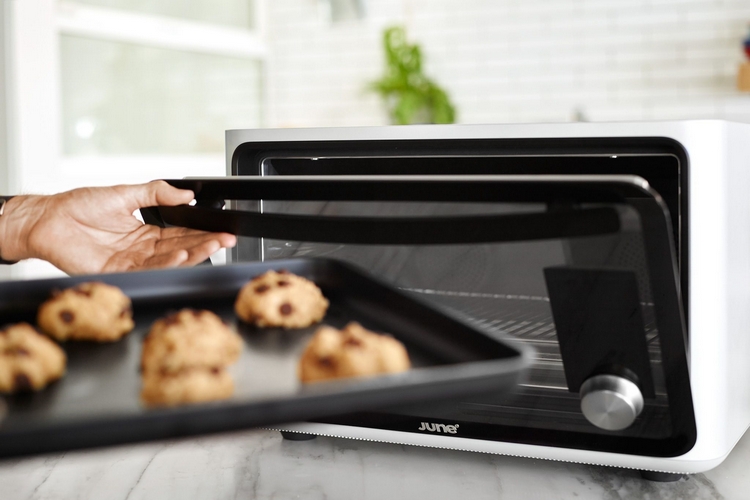 An integrated 5-inch touchscreen and knob allow users to control June’s settings directly from the oven, so you don’t need a phone to operate it, much like the oven currently in your countertop. It’s quite the powerful cooking machine, too, with high-volume convection fans that can speed up cooking by 25 percent, carbon-fiber heating rods that allow it to reach 350-degrees Fahrenheit in a little over four minutes, digital TRIAC controllers that manage the oven temperature, and an advanced insulation that keeps the exterior cool to the touch even while food cooks inside. Two built-in temperature probes also allow it to monitor exact temperatures inside the oven, enabling it to adjust temperature and change how it cooks on the fly (it can, for instance, bake and then broil a chicken, all on its own). With a cooking area measuring one cubic foot, it won’t exactly let you make turkey, but it’s about the same size as the current-generation of countertop ovens, so it can cook a whole load of stuff all the same. 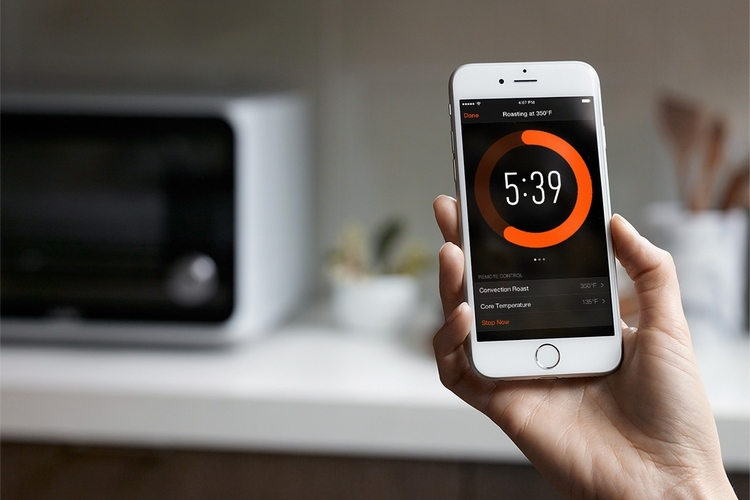 The June Intelligent Oven is currently collecting preorders, priced at $1,495. A deposit of $95 reserves you one of the first-run units when it’s ready in the spring of next year.