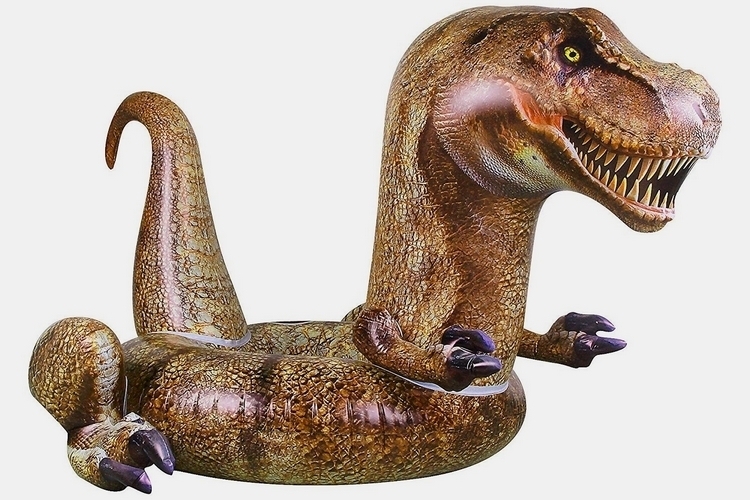 What’s the point of having a pool in the backyard if you can’t ride a dinosaur in it? We guess, that’s what the guys from Coconut Float was muttering to themselves when they decided to make the Jurassic World: Fallen Kingdom T-Rex Pool Float.

That’s right, it’s a pool float clad in the likeness of a t-rex that may or may not be from the movie Jurassic World: Fallen Kingdom. Because, you know, we saw the movie and all, but don’t really recall seeing a dinosaur with a donut-shaped torso, although we definitely could have just missed it when we went to the restroom or something. 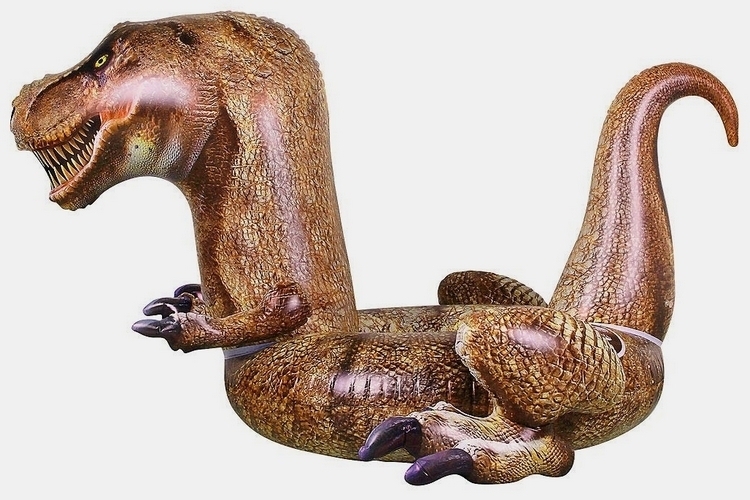 The Jurassic World: Fallen Kingdom T-Rex Pool Float comes covered in a photographic print of the much beloved tyrannosaurus, complete with a curly tail, super-short arms, and really weird-looking legs. With a scaly lizard-like skin and a mischievous grin on its face, you get an adorable-looking dinosaur that you can ride on the water, allowing you to commandeer a wild prehistoric beast that may or may not eat any children that wander in the pool anywhere in your vicinity. Seriously, the print on this thing looks awesome, really capturing the dinosaur’s menacing demeanor, all while managing to stay somewhat adorable enough not to scare off all the children. Yeah, a few of them will likely be terrified.

Apart from the prehistoric likeness, it is an erstwhile regular pool float that you can deflate and fold when not in use, so you can put it away until your kid is older, in case they end up having a meltdown every time they see it (hopefully not, though, because this thing is at the same level of hilarious as that Cockroach Pool Float). To inflate, just blow it up with a pump or use the full power of your lungs, although the thing looks a little too big to make the latter a comfortable option. Yeah, if you’re going to keep a few pool floats around, best have something you can use to pump it up quickly. 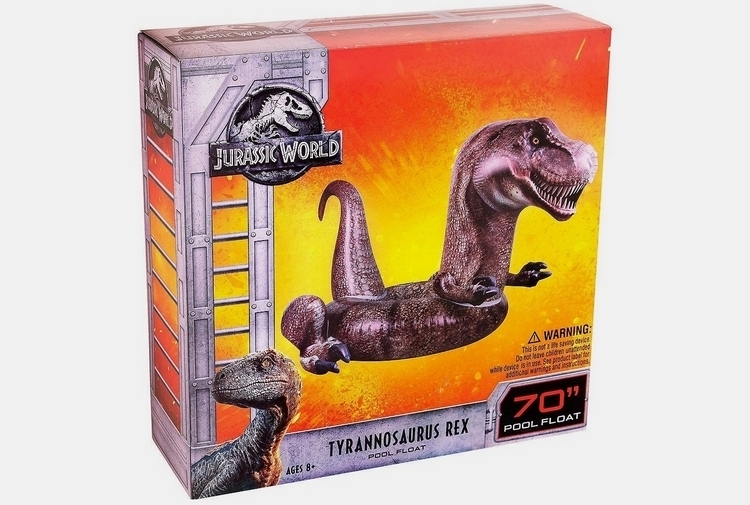 The Jurassic World: Fallen Kingdom T-Rex Pool Float appears to have a seat instead of a hole in the middle of the donut, so you can plop down on there while you lounge around in the pool on the back of a mighty dinosaur. It measures a little under six feet long from the tip of the head to the tip of the tail, so this will make quite the presence in any pool, too. We know, actual dinosaurs are much bigger than that, but given that a life-size t-rex float will probably take up the entire pool, this is probably as big as you’ll want it to be anyway.

Could they have sold this thing without the Jurassic World tie-in? Probably. Considering how many more people will see this when they search for merchandise from the movie, though, it’s probably worth taking the trouble to license the darn thing. I mean, just seeing this thing makes me want to buy it. And we don’t even have a pool. 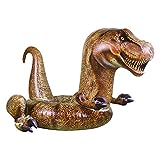