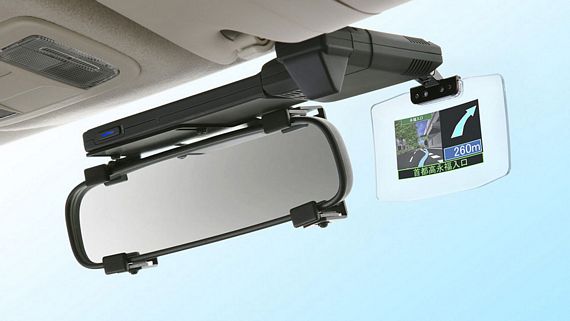 That turn-by-turn NAV system on your smartphone sure works great.  All that looking down to check it, though, means you’re spending even more time with your eyes off the road.  The JVC Kenwood MDV-737 HUD can help with that, giving you a see-through heads-up display right next to the rearview mirror.

Instead of looking down, you have just to look slightly upwards, so you don’t have to lose sight of the road ahead.  While that doesn’t sound like a giant leap of improvement, it could very well make the difference between rear-ending someone’s six-wheeled truck after being so distracted staring at your nav system and being able to see that off-road monstrosity ahead just in time. 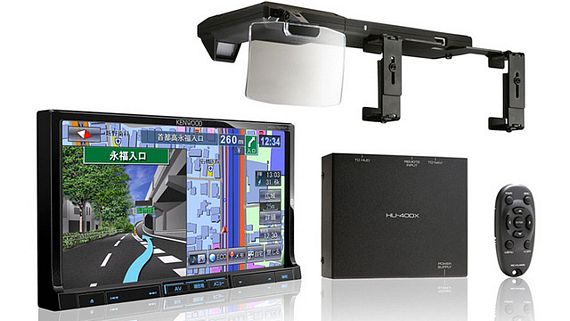 The JVC Kenwood MDV-737 HUD  uses a display technology called D-ILA (Direct-Drive Image Light Amplifier), an LCOS-based solution JVC originally developed for its projectors.  Because of its smaller size, the unit is intended to show simplified directions and easy-to-read instructions (like a huge left arrow if you’re supposed to turn left), further minimizing the time you spend focused on the display.  It also occasionally uses 3D images when navigating through complex intersections to make the directions more intuitive.

In case you want to plan out routes and need a bigger display, the kit includes a larger LCD intended to install on your dash.  The unit works as a full-fledged infotainment system, too, packing a digital broadcast tuner, an optical drive for playing DVDs, a Bluetooth radio, a USB slot and a microSD card slot.