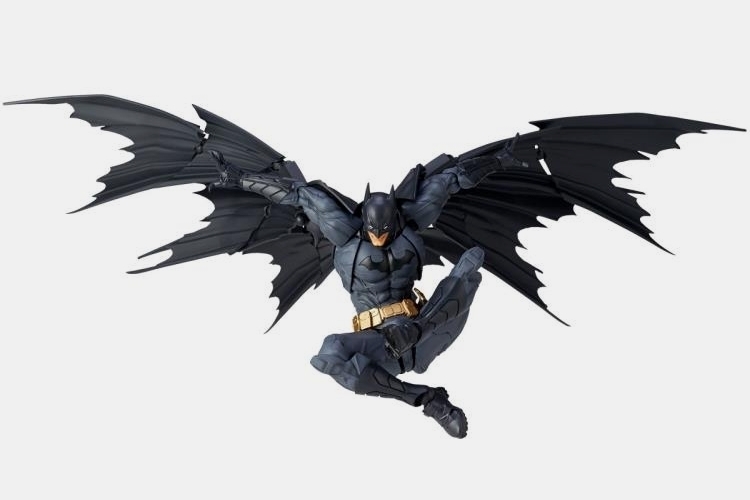 Articulated Batman action figures are nothing new – being able to pose your Caped Crusader toy as if it’s in a dynamic scene is one of the fun parts of collecting them, after all. The Kaiyodo DC Amazing Yamaguchi Revoltech Batman steps things up in the articulation front, coming with an insanely poseable cape on top of all its articulated joints.

That’s right, Kaiyodo’s first foray into the DC universe comes in the form of Bruce Wayne’s alter-ego, giving Dark Knight fans an impressive new toy to add to their collection. And, yes, it brings the same level of articulation as previous toys in the Revoltech line, although it takes things much further, since they also add the same articulation to the DC hero’s signature cape, giving you the chance to recreate those dramatic cape poses Batman always seems to find himself in. Seriously, look at every Batman poster and the cape always seems more expressive than even the Caped Crusader himself. 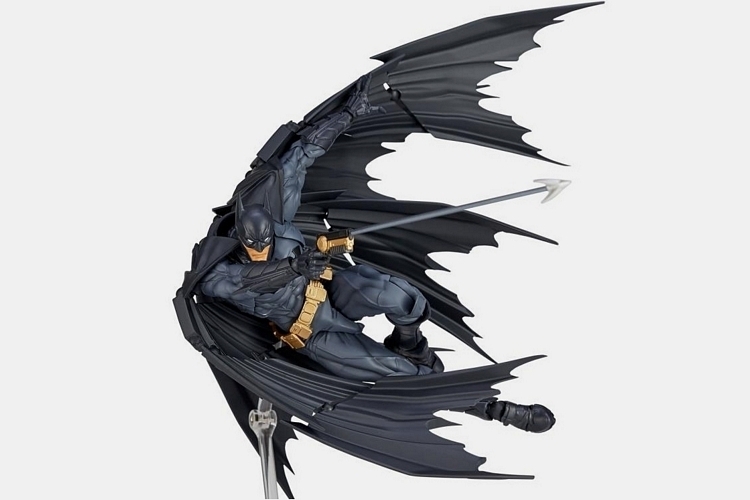 The Kaiyodo DC Amazing Yamaguchi Revoltech Batman stands 6.6 inches tall, so it should bear comparable proportions with most of your 1:12-scale action figures. From what we can tell, it’s completely posable on the shoulders, elbows, hips, knees, ankles, wrists, and torso, along with that insane cape that’s jointed at multiple points to enable the articulation. Several parts of the cape can be removed and added, too, allowing you to further vary its appearance (remove some of the cape to make it look ripped after a tough battle). Seriously, the articulation available here is insane, making it appear like you can use it to copy every comic book pose the Dark Knight has ever struck.

No official word on how many points of articulation total are in this thing, but all you have to do is look at the picture to realize how many poses you can put this action figure in. Yes, the cape looks a bit odd with those broken up sections that enable the articulation, but it really just makes it look like an artistic rendition more than anything. We mean, who wouldn’t to put together want a Gotham diorama with this toy standing in the center of the action? 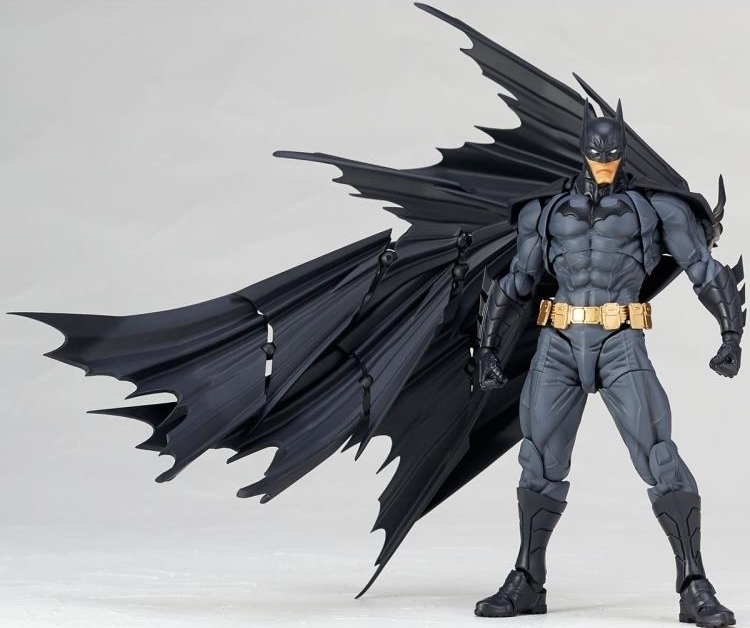 The Kaiyodo DC Amazing Yamaguchi Revoltech Batman comes with swappable lower face, so you can change the Dark Knight’s expression from serious to serious with his mouth open. As with most action figures of this scale, the fingers won’t be poseable, so they decided to throw in three pairs of hands, instead, allowing you to vary Batman’s hand poses in some form. They also threw in six extra parts for the cape (you can attach any of them at will), with four of them articulated, along with a batarang, a grapnel gun, and a grapnel gun with the grapnel deployed. 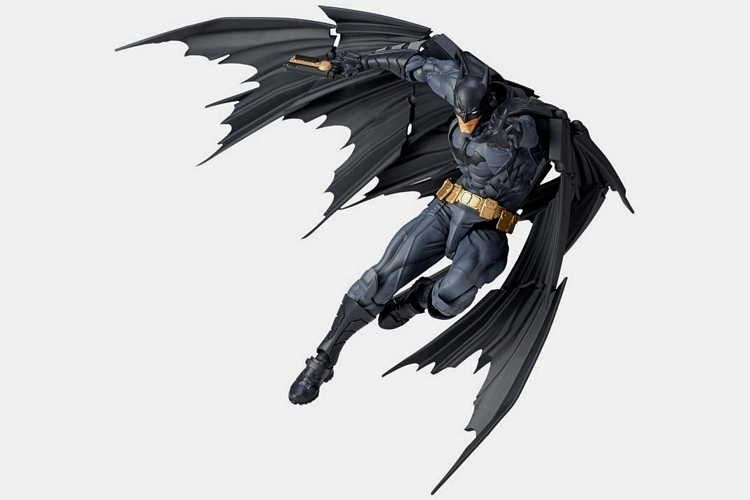 Whether you’re a longtime Batman fan looking to add something special to your collection or just a toy fan that’s always in the hunt for something that’s genuinely impressive, the Kaiyodo DC Amazing Yamaguchi Revoltech Batman will definitely fit the bill. It’s slated to shop in August, priced at $79.99.