Kami-Oto Is A Playable MIDI Keyboard Cut Completely In Cardboard 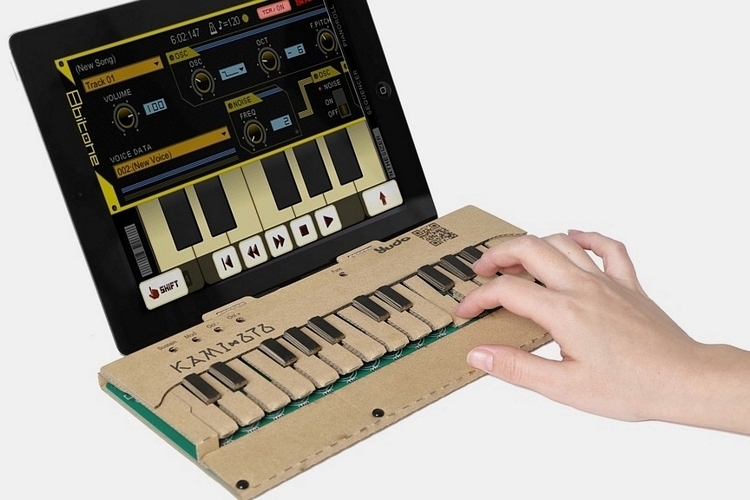 There’s no shortage of MIDI keyboards that you can hook up to a PC or mobile device for making beautiful music. Or annoying music, if we’re to believe your mom. The Kami-Oto, however, adds an extra novelty to the proceedings, as the darn thing is cut completely in cardboard.

No, it’s nothing like Nintendo Labo mini-piano, which relies on cameras and sensors to identify whatever you’re playing. Instead, this is more of a traditional MIDI controller fitted with various electronics, albeit with a cardboard body in place of the usual plastic shell. 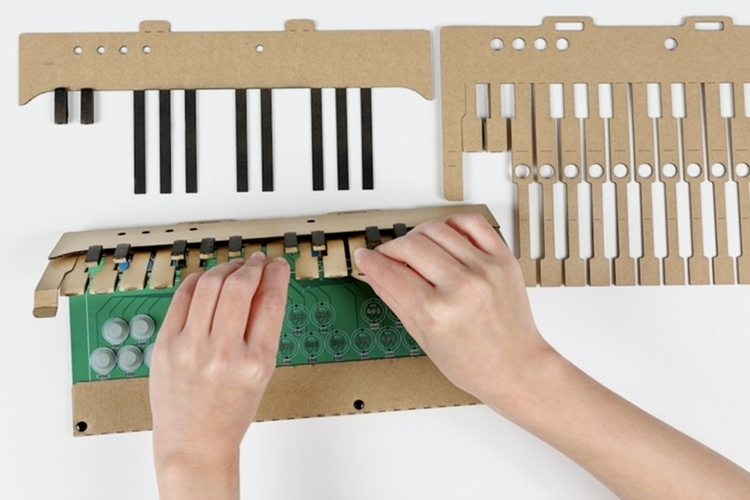 The Kami-Oto is a DIY kit, which means you’ll need to fold and assemble the pre-cut cardboard parts into its functional keyboard form. According to the outfit, it takes around 30 minutes to assemble the keyboard, so you should be able to put it together in a single sitting. When finished it looks nothing more than a child’s cardboard toy, although it should be as perfectly playable as any MIDI controller in your home studio setup. It comes with 22 keys, along with five function keys that can be programmed for various uses, such as octave shifting, damping, and more.

Since cardboard alone won’t make for a functional MIDI controller, it comes with a pre-soldered board holding all the electronics, which you simply have to place inside a designated slot right behind the keys to complete the controller. That board comes with silicone contacts for each key, allowing it to identify every note you strike, complete with the capacity to detect strike velocity, so it can adjust its inputs according to how hard you’re hitting each key. It comes with a built-in CPU, amplifier, speaker, Bluetooth (for pairing with a smartphone), and a microUSB slot for tethering to a computer. 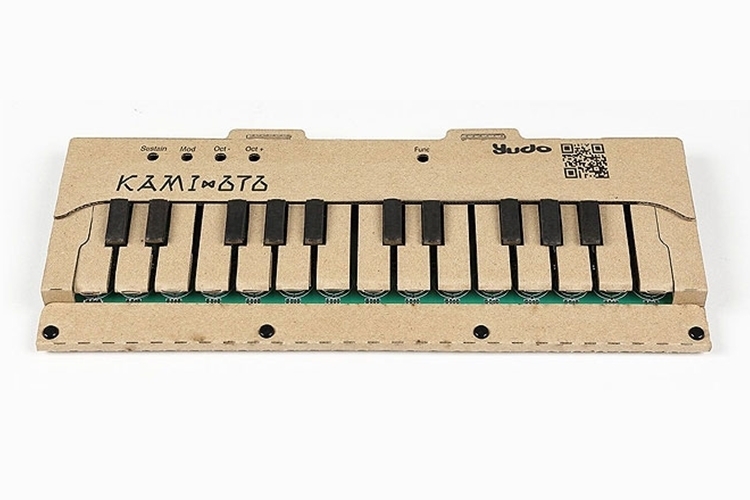 Since it comes with a CPU, amp, and speaker, the Kami-Oto can actually produce sounds all on its own, so you can make some basic-sounding tunes by simply hooking it up to a USB power source (there’s no integrated battery). Of course, to realize its full potential, you need to hook it up to a DAW or use it with the hundreds of music generation apps on your mobile platform of choice. And, yes, it can be used like any standard MIDI controller, so you can use it to generate the sounds of any musical instrument.

The kit consists of three sheets of cardboard, each of which have pre-cut sections that you will use to create the keyboard, along with a main board, a silicone rubber sheet, and an instruction flyer. From what we can tell, there’s no need for glue or any fastening tool to finish the build, although you might want to pin down some parts just to make sure they don’t move around in case you decide to bring this on the go. Oh yeah, there’s no microUSB cable included, so you’ll need to provide that to hook it up to a computer.

A Kickstarter campaign is currently running for the Kami-Oto. You can reserve a unit for pledges starting at $37.