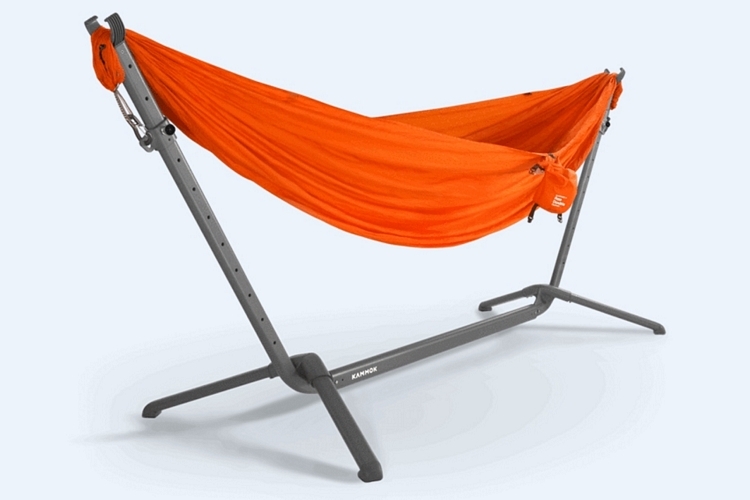 It’s far from the first hammock stand we’ve seen. People have been using them to set up hammocks in areas without trees for quite some time now, making it possible to hang them right by the water in the beach, a wide open clearing in the backcountry, and even in the middle of the desert if that’s your thing. The Kammok Swiftlet, however, brings a few innovations that should make it even more useful in your outdoor excursions.

Like other hammock stands, it will let you set up any conventional hammock, where you can lay down and rock side-to-side while being suspended a short height from the ground. Granted, it’s not the tallest place to set up a hammock (you’ll be barely a foot above ground once it sinks from your weight), but you can still lie down and swing in the air without feeling the cold, hard ground. 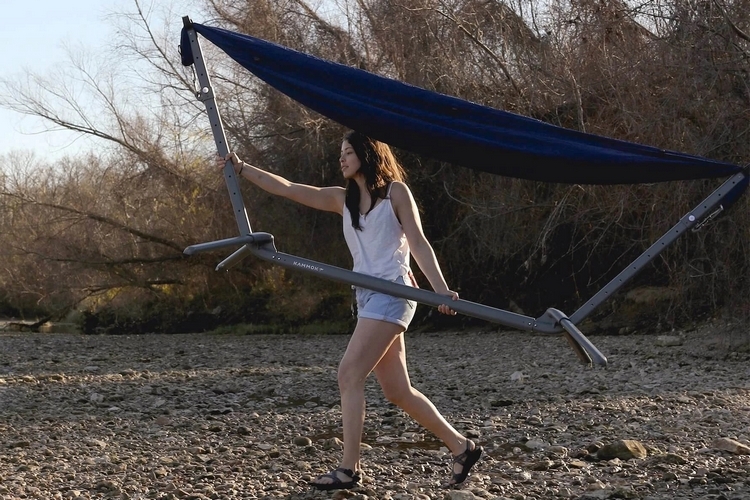 The Kammok Swiftlet is a collapsible frame, with two diagonal arms sporting 11 perforations at different heights where you can secure an adjustable hook. When setting up the hammock, you put either end through the holes at the top of the arms, then secure the clips to the respective hooks on each arm. Yep, it’s that easy. You can secure the hooks high up on the arms for shorter hammocks and lower on the arms for longer ones, allowing this to work with most any brand and model.

The distance between the two arms is adjustable, by the way, allowing you to set them far apart or much closer together. When arranged in close proximity, the stand can set up the hammock at a much lower height, allowing it to serve as a hanging chair of sorts, allowing you to ditch the camp chair and use this for your seating needs at camp instead. Make it just a little wider and you can set up a two-seat hammock chair, so you can even leave the Kelty Love Seat at home. 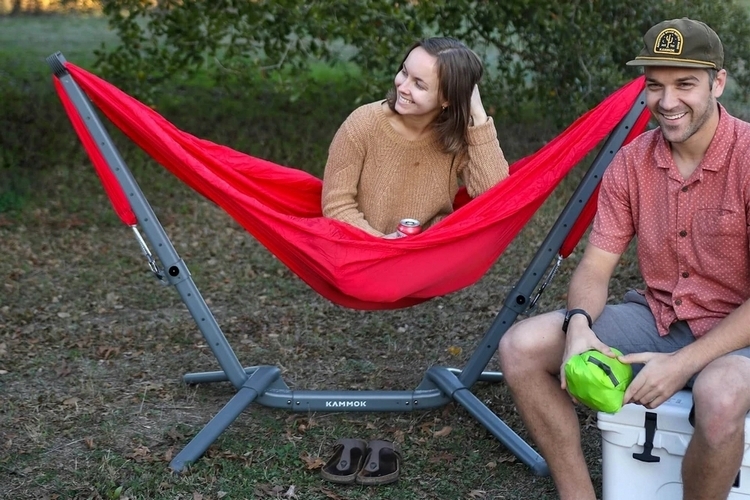 The Kammok Swiftlet is made from durable aluminum, which leaves it both sturdy and light, allowing it to support weights of up to 400 pounds, so two people can jump in the hammock without causing the whole thing to crash. While best used on flat surfaces, the outfit claims it can also be used on uneven terrain, as the frame is designed to flex and distribute the weight, allowing it to remain stable as your weight shifts in the hammock you’ve got set up. 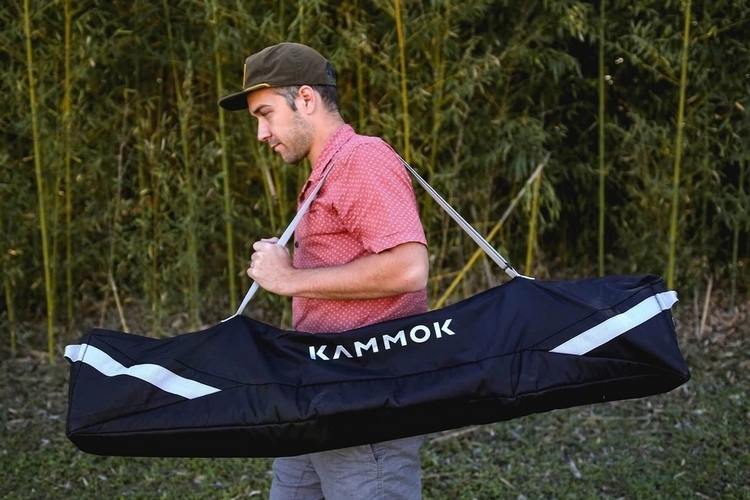 The whole thing, by the way, is collapsible and fits inside an included travel bag that measures 50 x 8.5 inches (length x diameter) and weighs 15 pounds. Yes, 50 inches makes it very long and very awkward to carry, but if you want to be able to set up a hammock anywhere you like, this is definitely a worthy compromise, provided you have room in your vehicle (or its roof) for the darn thing.

Slated to come out in February, the Kammok Swiftlet is priced at $199.