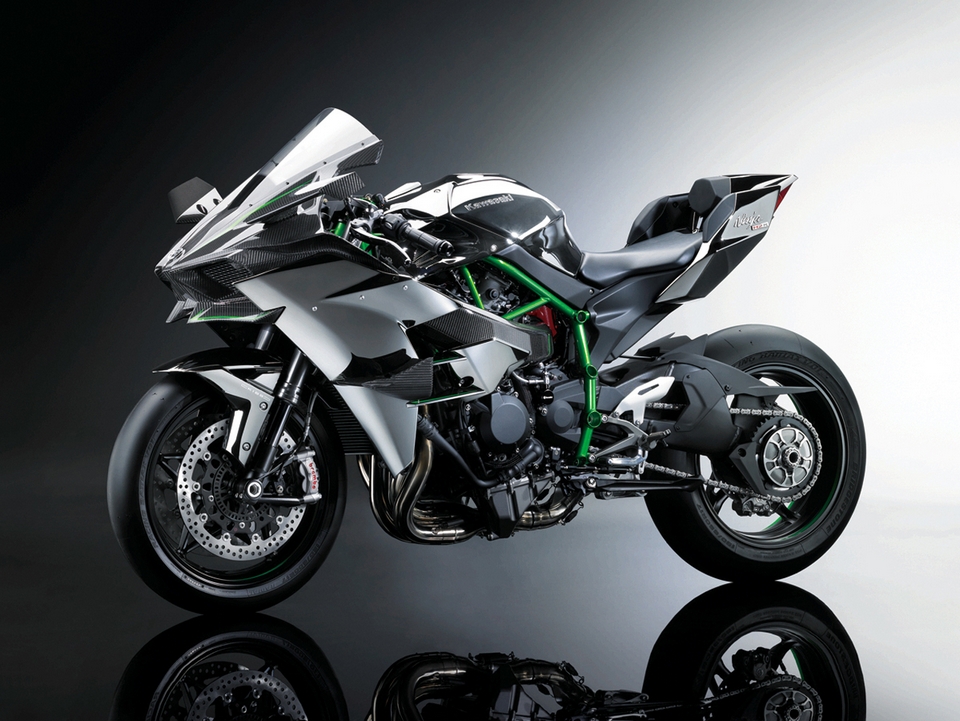 If excessive horsepower got motorcycles drunk, the Kawasaki Ninja H2R will die of an alcohol overdose before it even travels 100 miles.  Forget drinking a case of beer, this is like gobbling an entire truck, while downing whiskey shots on the side. 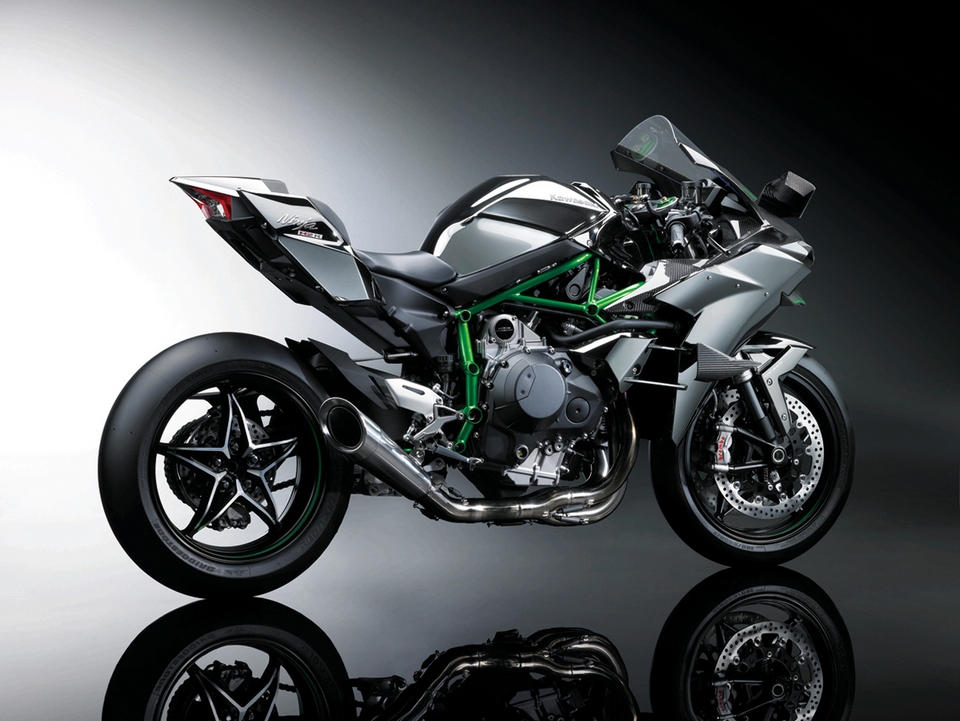 Powered by a supercharged 998cc four-cylinder engine, the Kawasaki Ninja H2R boasts a whopping 300 horsepower.  For perspective, that’s 50% more power than the beastly Ducati 1199 Panigale R and Ducati 1199 Superleggera, both of which put out what seems like a measly 200 ponies in comparison.  While no exact performance numbers were given, that’s almost certain to let a skilled rider take it past 200 mph easy – a ridiculous feat both for the bike itself and whatever daredevil will dare take a sub-400-pound vehicle into that speed range.  Key features include a high tensile steel trellis frame, three sets of carbon fiber wings on the fairings, a single-sided swingarm, fully-adjustable KYB gear suspension, and Brembo radial monobloc brakes. 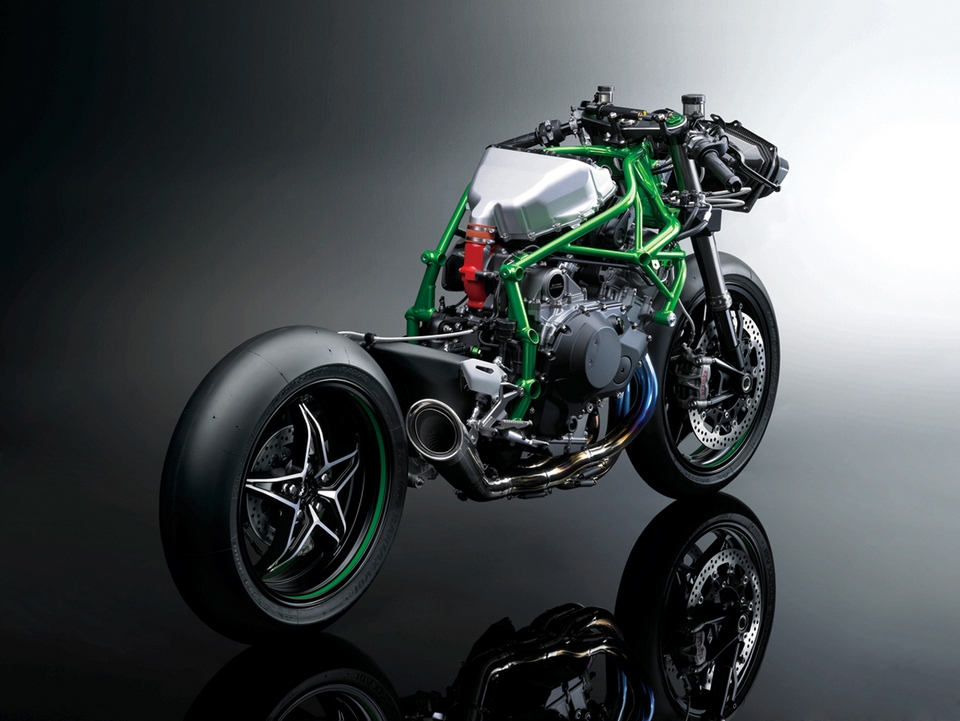 Plus, the darn thing looks like it’s been designed to be ridden by a superhero.  Or his arch-nemesis.  Both of whom have to be insane enough, by the way, to willingly ride a bike blasting this much power.  Bruce Wayne called, he wants three of this, ASAP.

No word on pricing for the Kawasaki Ninja H2R, but you can bet it will be a premium.  The company also announced that they will be introducing a street-legal version of this monstrosity at EICMA in November. 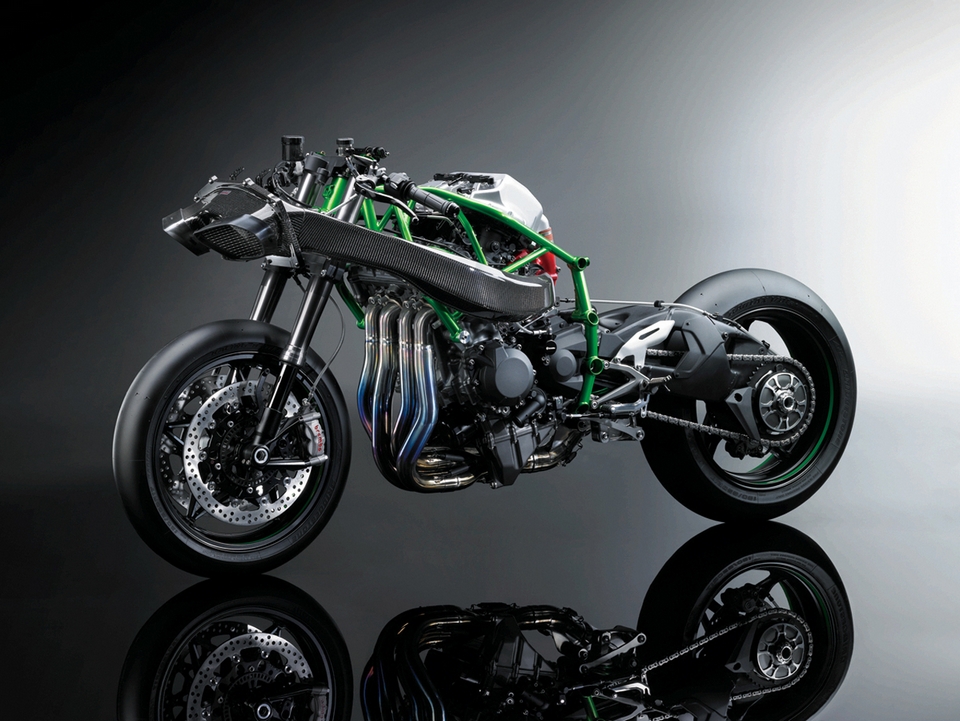 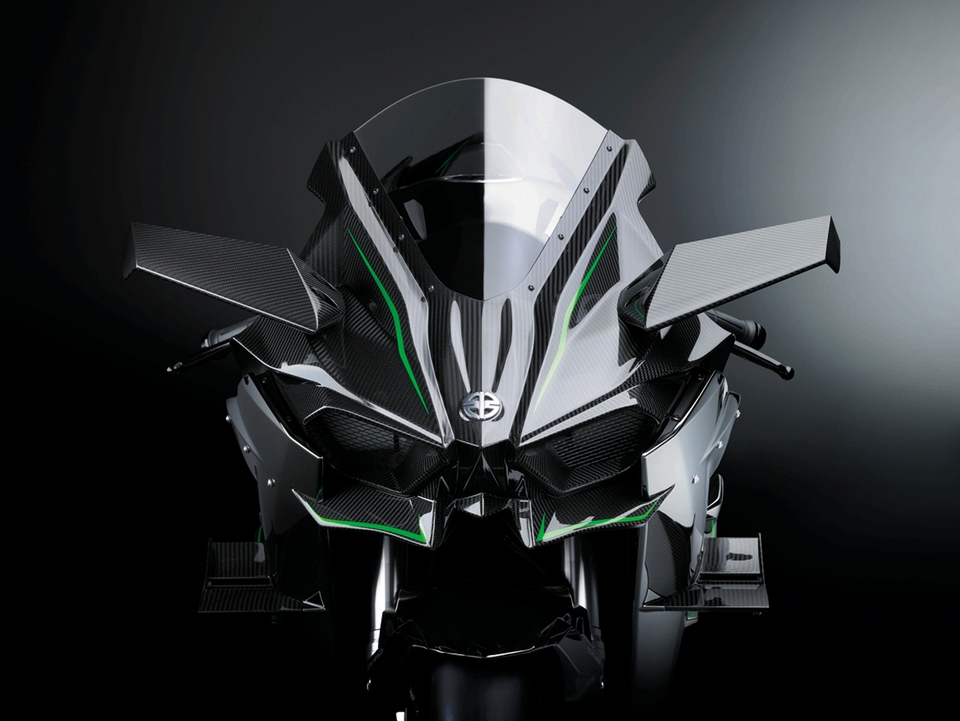 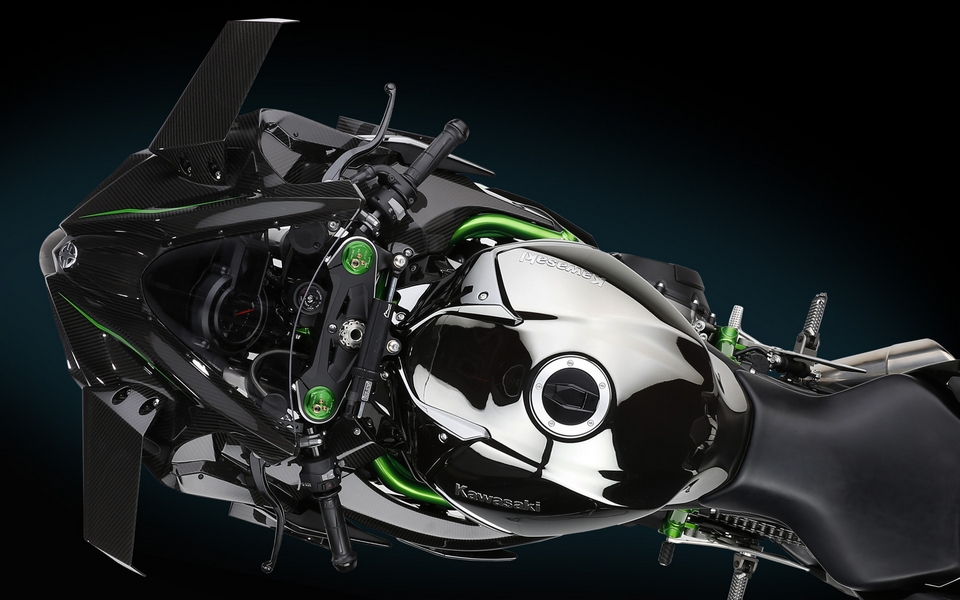 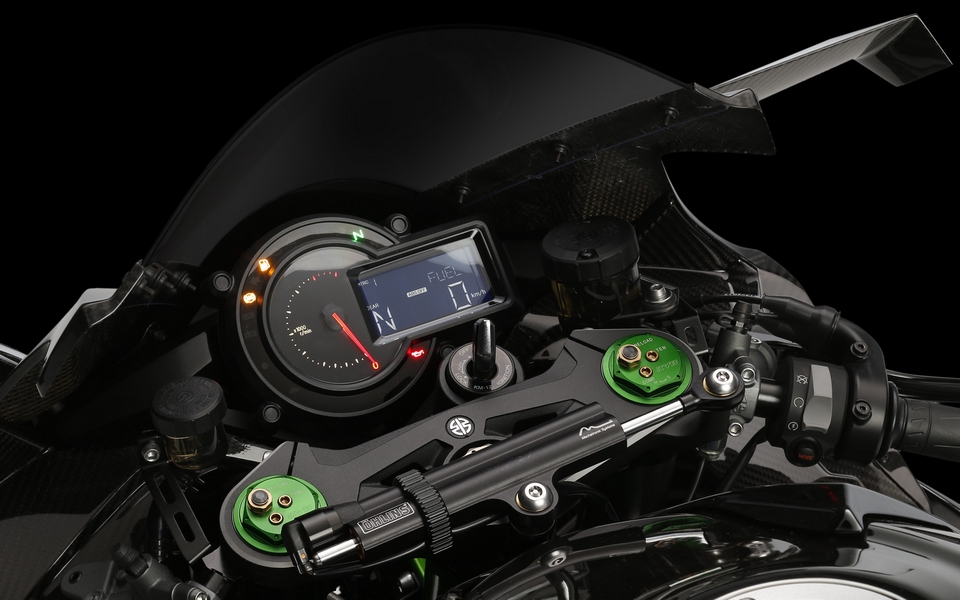