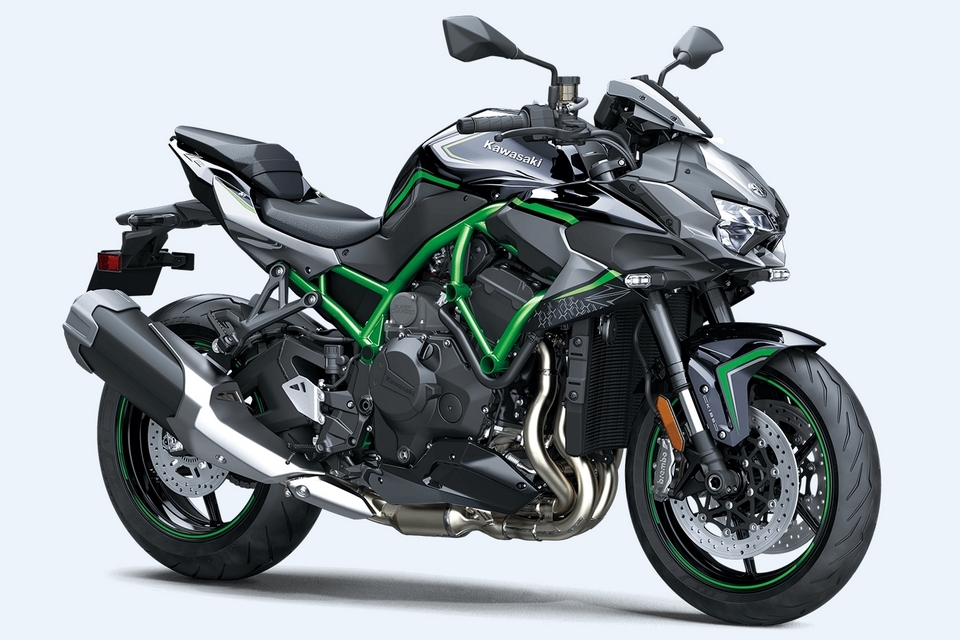 Calling a motorcycle a “super naked” feels like a misnomer. Naked bikes are usually boiled down to essentials, with few of the unnecessary adornments that are standard in most things that people refer to as “super.” Yet, here we are with the Kawasaki Z H2, a sporty motorcycle that has virtually no bodywork, yet manages to look like a Transformer all the same.

Unveiled at the Tokyo Motor Show, the bike is totally deserving of the super-naked moniker, with a styling that won’t look out of place being ridden by a masked vigilante in an armored power suit. It retains the same signature gray paint job as previous H2 models, along with some lighter and darker shades, making the green trellis lines of the frame really stand out. Suffice to say, this is one badass-looking motorcycle. 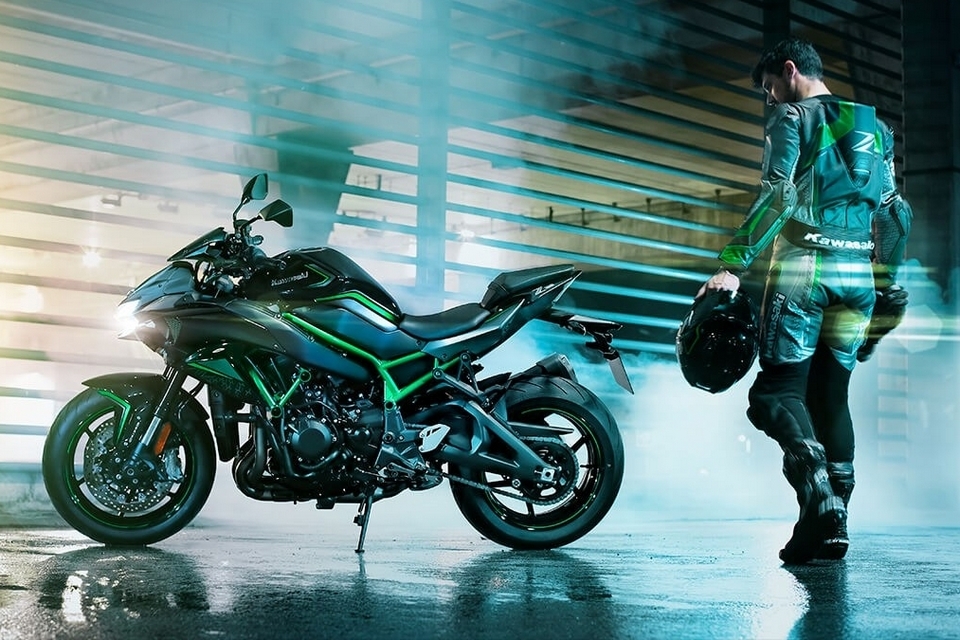 The Kawasaki Z H2 is powered by a four-stroke, liquid-cooled, and supercharged 998cc engine that puts out a whopping 197 horsepower and 101 pound-feet of torque. Yes, that’s a lot of power to put on two wheels. That’s the same engine, by the way, that you’ve probably seen some people mod up to 300 horsepower levels (a simple ECU flash, for instance, can unlock an extra 50 of those ponies instantly), which is just absurd for something as light and compact as a motorcycle. No word on how fast this will go, but we imagine, it’s the kind of speed that will have you pulled over and asked for your license multiple times if you decide to hit the throttle hard. 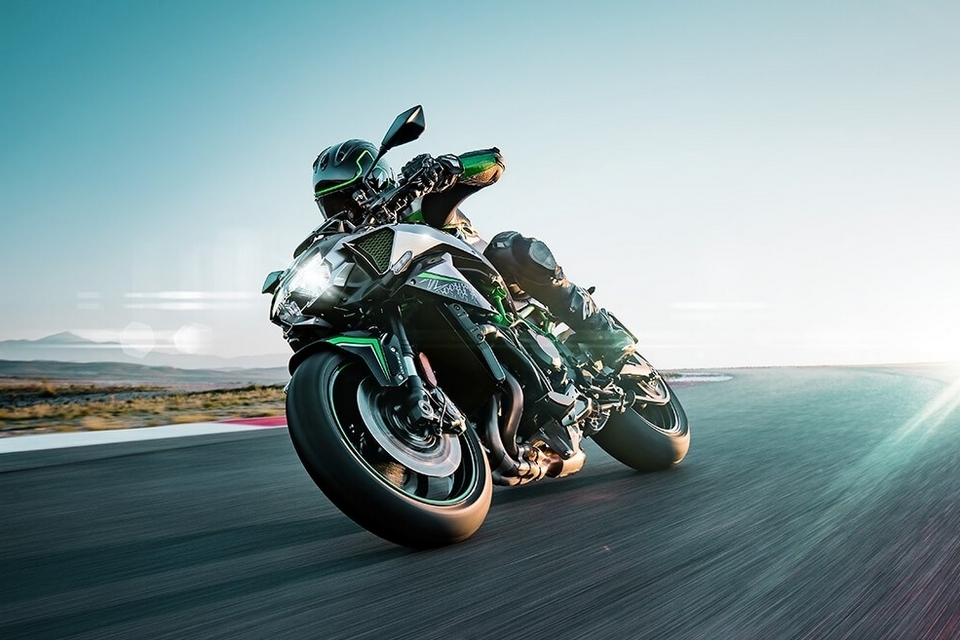 It pairs that engine with a six-speed dog-ring transmission that, the outfit claims, will enable effortless gear shifts, as well as Showa’s SFF-BP fork with adjustable suspension in front and the outfit’s single-shock suspension in the rear (which uses Showa’s gas-charged shock). Since few people who will ride this are actual stunt riders (or have a deathwish), there’s an inertial management unit that enables riding aids like cruise control, power mode settings (100, 75, or 50 percent), wheelie control, launch control, and ABS to keep things running smoothly. This bike also gets the outfit’s cornering management system, which helps you maintain tight lines on corners by digitally managing the brake force, bike pitch, and engine power. And yes, with a bike packing this much power, you’ll need all the help you can get. 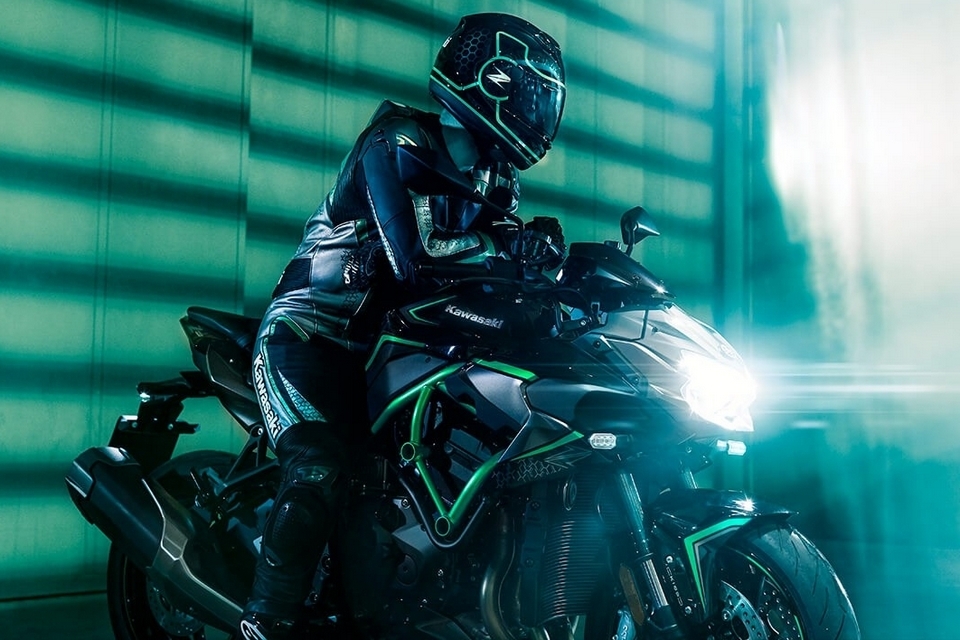 The Kawasaki Z H2 has a full-color TFT dash to put as much information as you need at a glance, complete with integrated Bluetooth for smartphone connectivity using the companion app (Kawasaki’s RIDEOLOGY the App). Other elements include dual disc Brembo brakes out front, a single 250mm disc brake in the rear, a five-gallon tank, a sealed drive chain, and all-LED lighting. According to Kawasaki, it weighs 527 pounds with a full five-gallon tank, which is heavy enough that it’s probably not going to fly when you push it to full power. Well, hopefully not.