You Control This Indoor Drone Using Nothing But Hand Gestures 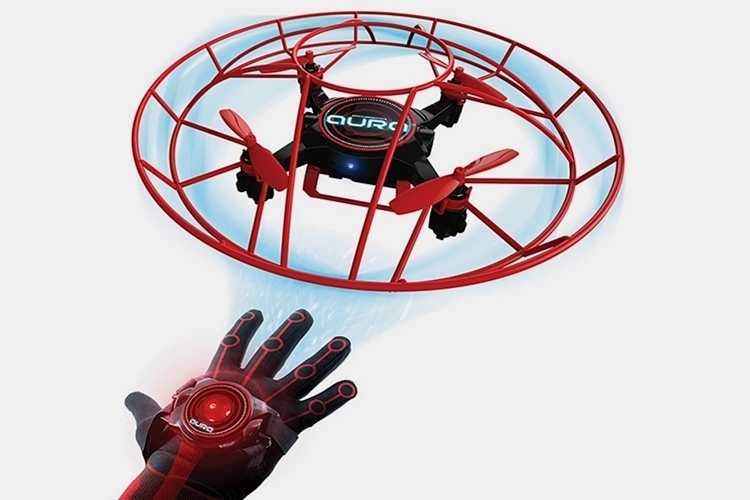 There’s a good amount of choices for indoor drones that kids can safely fly around the house, making them ideal for kids who want to play with drones but don’t have a lot of available space outside. And all of them have to be operated either through a joystick controller or a companion app. Not the KD Interactive Aura Drone, which you can operate using a magical and mysterious force.

We’re just kidding about the magic part, of course, although it definitely feels like it. You see, this indoor drone comes with a glove controller that lets you manage the drone’s movements using simple hand gestures, so you can pilot a drone using nothing but The Force. Or whatever superpower from whatever fictional universe you want to attribute to its gesture-based control system. 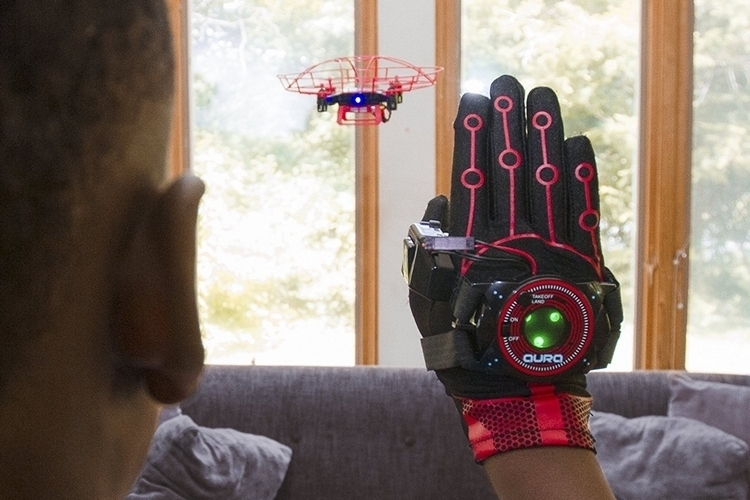 Designed to make flying drones as easy as possible, the KD Interactive Aura Drone can take off and land automatically at the push of a button on the glove, so kids never have to worry about two of the trickier parts of piloting drones. You can signal it to go forward, backward, move left, and move right using simple hand gestures, eliminating the learning curve that usually comes when getting acquainted with joysticks and multi-axis controls. You can even make the drone flip sideways with a wave, so you can perform flight tricks by simply moving your hand. According to the outfit, you can control the drone with precision using just hand gestures, so much so that maneuvering it around obstacles won’t be a problem.

One of the problems people immediately encounter with drones, especially when they’re not yet well-versed with the controls, is losing sight of where the darn thing went. That won’t happen here, as the drone is programmed with both height and distance limiters, so it will always stay within view the whole time it’s flying in the air. For height, it only flies a maximum of eight to ten feet, while the distance can be adjusted by the user anywhere from six to 23 feet. As such, it should be a lot safer to fly outdoors compared to other toy drones. 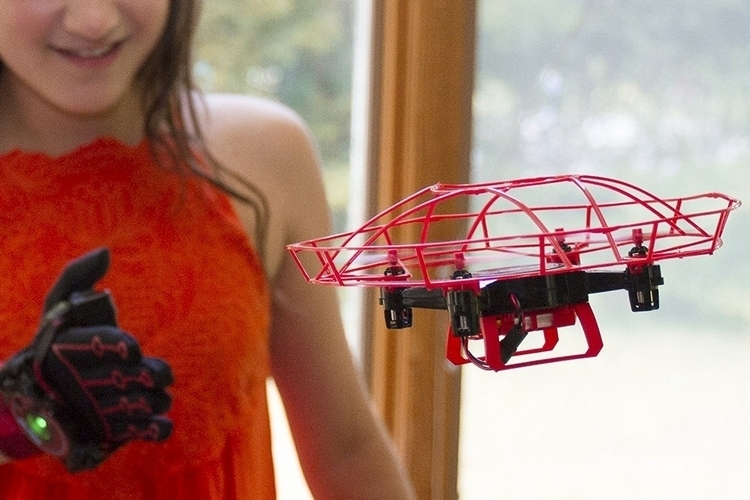 The KD Interactive Aura Drone comes with a “headlock mode” that forces it to maintain its orientation, ensuring the drone never goes off-axis at any point during the flight. A safety frame provides the necessary protection for the propellers and motors, with a six-axis gyro providing the stabilization. The glove controller, by the way, comes with an adjustable strap that allows it to fit both children and adult hands alike. 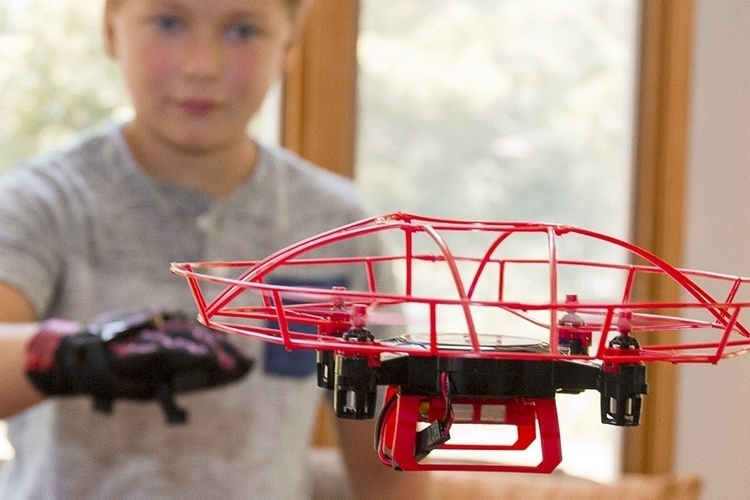 The catch? The drone comes with a maximum flight time of just seven minutes on a single charge, with the time getting even shorter the more you do those 360-degree flips. And, let’s be honest, you will do those 360-degree flips. Probably many times over. As such, you may want to look into buying extra batteries so you don’t have to stop playing every five or so minutes to replenish the battery. 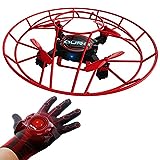