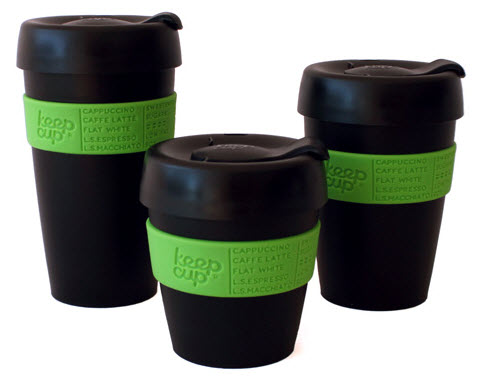 We have no idea why you’d rather use a KeepCup than a travel mug when taking your coffee on the go. But then you also get your coffee from Starbucks instead of making a way cheaper pot at home, so we guess it isn’t that far of a leap.

Billed as the “first barista-standard reusable coffee cup,” it’s a set of washable drinking vessels patterned after those disposable cups they use in coffee chains. You know, so baristas can fill it up directly from the espresso machine, instead of having to transfer as they would with a travel mug. 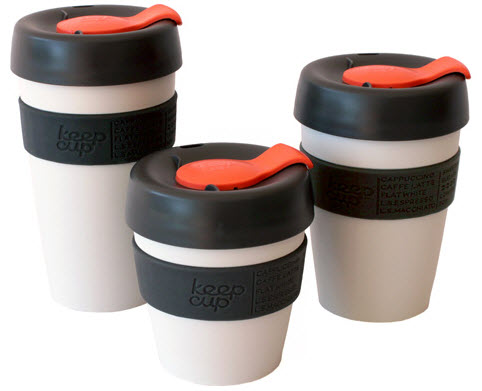 The KeepCup comes in three different sizes: 8 ounces, 12 ounces and 16 ounces. It features dimensions that mimic those of disposable cups (2.375-inch diameter base) used in coffee shops, complete with a removable lid with a banded plug, so your drink doesn’t cool off or spill during commute.

Construction is recyclable polypropylene, with a silicone band on the outside as added hand protection when you like your coffee scorching hot. It’s also safe to use with both dishwashers and microwaves. No word on how many times you can use one, but we’re guessing until it’s beat up and starts leaking. Or something like that.

If you want to sip your morning coffee from the same familiar take-out cup, all while doing away with the wasteful throwaways you add to the landfills on a daily basis, the KeepCup should prove a most fitting alternative. It’s available in three color styles (black/green, gray/white, gray/orange), with prices starting at $12.