Want A New Instrument To Geek Out On? Try The Kelstone Guitar 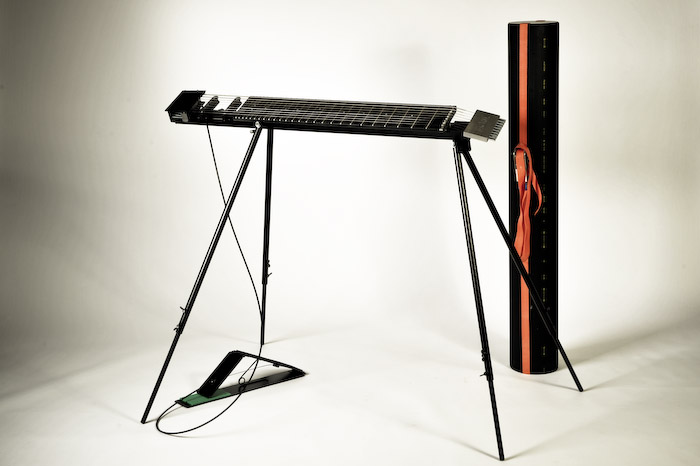 Let’s face it: you’re never going to get good enough at playing the six-string.  Or the bass.  Or the drums.  Or the piano.  Might be a good idea to learn a new instrument few people can play, instead.  Like the Kelstone.

Created by Belgian  Jan Van Kelst, it looks like a lap steel guitar at first glance.   While it can be used to play slide compositions, the instrument isn’t limited to that, allowing for a variety of playing techniques that let you use it for a variety of sounds. 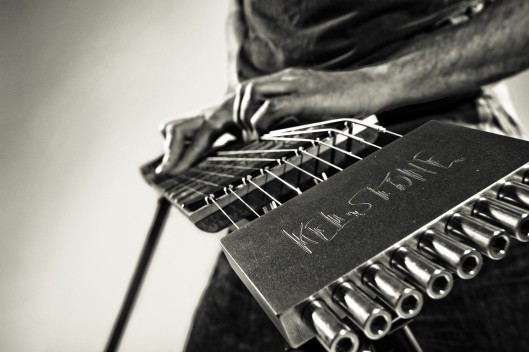 The Kelstone is a nine-string guitar that’s played on a stand (any keyboard stand can be adapted to hold it) and positioned slightly tilted towards the crowd.   Designed for playing with two hands, you can strum, pick, hammer-on, pull-off, slide, bend, and do whatever the heck you want on the damn strings over the 26 frets.  It offers the range of a bass, baritone and a standard guitar all in a single device (five octaves and three whole notes), making for one versatile instrument you can use to create really new music. 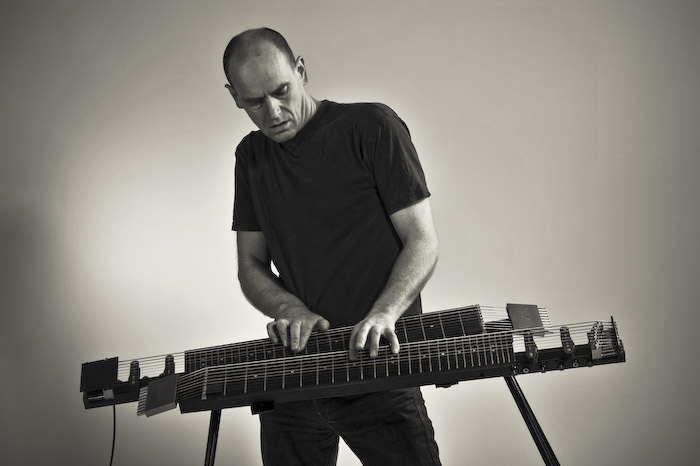 Measuring 108 x 12.6 x 11 cm and weighing 8.3 kg, it doesn’t sound all that troublesome to haul around for shows either.  Other features include a single-coil, passive pickup, adjustable nut screws, adjustable saddles  and tone control.  It can be used with an optional pedal-based dynamic mute that serves to keep down wayward strings during play.

Granted, you’ll still have to learn how to play a Kelstone.  Nobody in the neighborhood knows how to work it, though, so you still have a shot at being the best Kelstone player on the block.  It’s available now, priced at €915.