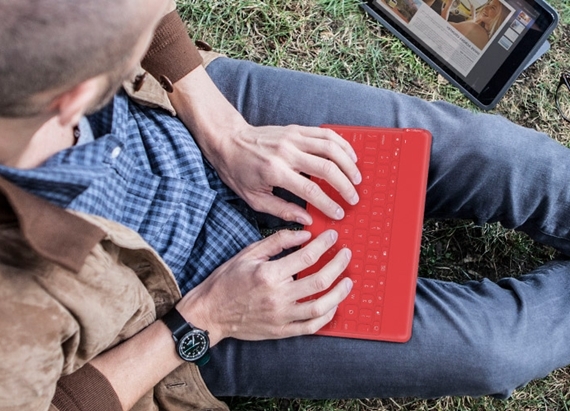 When it comes to buying keyboards, you can always go one of two ways: buy multiple cheap ones that you replace as soon as it breaks or buy more expensive models that are meant to last.  If you’re going the latter route, it better be fortified enough to survive the ravages that lay ahead.  Logitech’s Keys-To-Go does seem like it’s really up to that challenge.

A portable keyboard designed for iOS devices, it’s duly rigged to withstand the bumps and grinds of being transported in a bag, so you never have to worry of your keyboard getting damaged while it’s not in use.  Even better, it comes covered in Logitech’s FabricSkin that renders it impenetrable to water, ensuring the keyboard keeps working even when spilled on with cold water, hot coffee, and Hello Kitty Wine.  Just wipe off any spills to clean it and get back up on finishing that excessively long email you’ve been composing for the ex.  Yeah, that’s not going to end well. 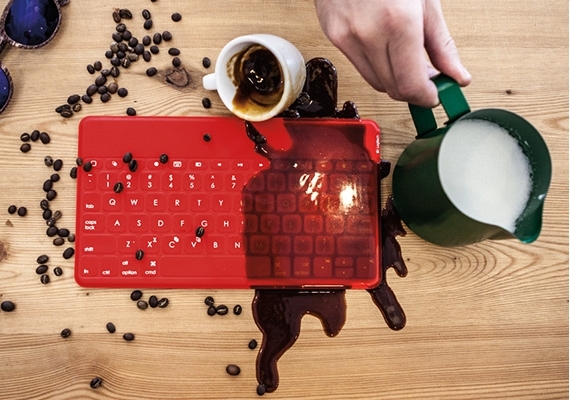 Keys-To-Go uses the same mechanical keyboard found in Logitech’s keyboard-toting iPad cases, which has received plenty of great feedback from users everywhere.  That means, it gets the same well-spaced keys, custom iOS shortcuts, and quick Bluetooth pairing that makes use very convenient.  It measures 5.39 x 9.53 x 0.24 (h x w x d) and weighs 6.35 ounces, with a battery that can run for up to three months on a single charge.  It’s available in three colors: black (for those who like it simple), teal (for those who want a little color), and red (for those who like their colors loud). 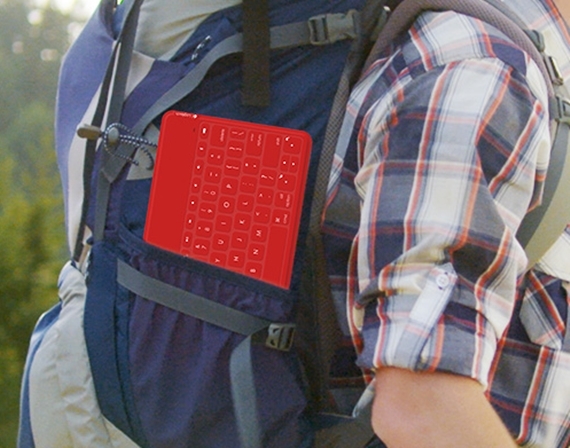