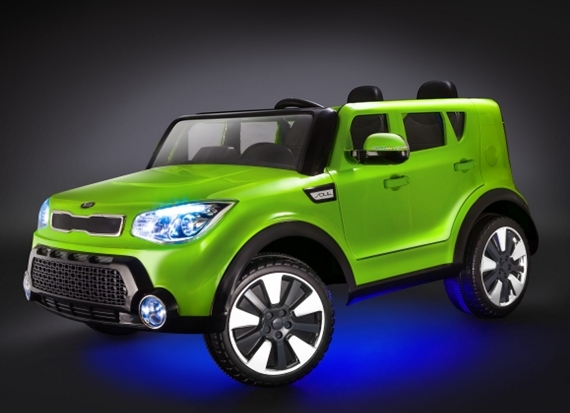 Around the age you have kids, you’re probably well past the inclination to trick out your car with a gaudy light show and monster speakers right out of that old MTV show, Pimp My Ride.   We doubt you’re well past seeing your son’s ride-on car tricked out the same way, though, and that’s why this Kia Soul Sing-A-Long Car exists.

Made by Kid Trax, it’s an open-top kiddie version of Kia’s popular compact hatchback, tricked out with two big ass speakers and over 100 LED lights in different colors.  Even better, the speakers aren’t in the cabin; instead, they sit right on the back, which shows up after the fake rear window is lifted, so the kids can hold an impromptu party right after parking the car along the driveway of an empty house in the neighborhood. 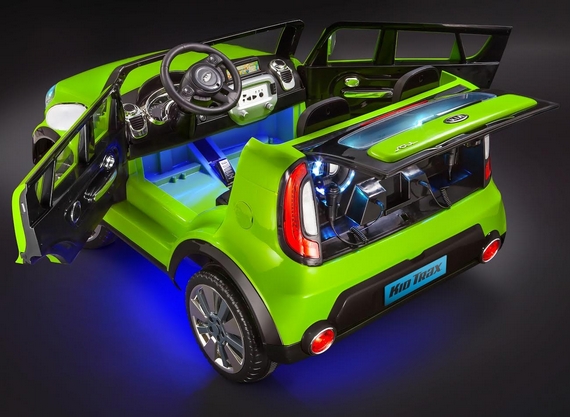 The Kia Soul Sing-A-Long Car is a motorized ride-on vehicle that can run at speeds of up to 5 mph (2.5 mph in reverse), with real engine sounds to make for realistic driving.  It comes with two bucket seats in the cabin, real working doors for easy entry, and rubber traction strip tires, along with chrome rims and chrome trims throughout the vehicle’s body.  The onboard battery is rechargeable, so you can just plug in to get it ready for play, with the entire car able to support weights of up to 120 pounds (that’s for the two kids inside, combined). 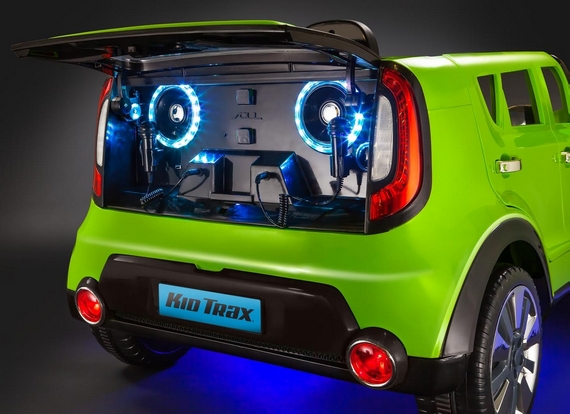 For kiddie party use, it comes with a “Party Mode” setting that will trigger all the LEDs to blink to the beat of whatever music is popping through the speakers.  The back also comes with  two microphones, so your kid can address the party people in the house, and a camera cradle, in case the kids want to film their crazy party antics because that’s what four year olds do nowadays.  At least, Kid Trax seems to think so.