Gig Pack Puts A Backpack On Your Kick Scooter 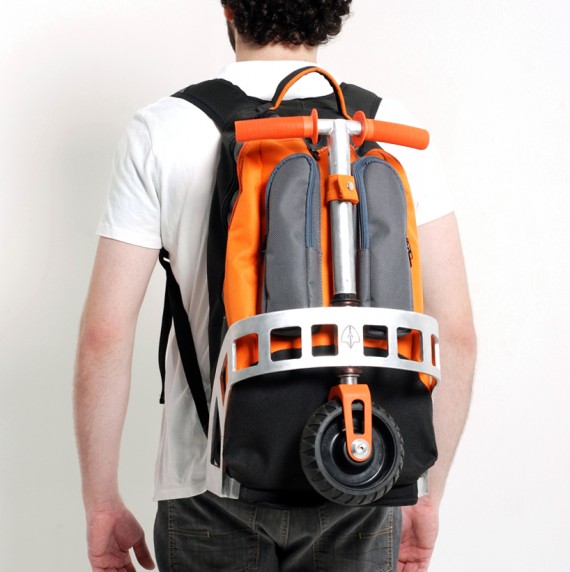 You can cringe at grown men riding kick scooters all you want, but few can beat its usefulness in short-term transport situations.  The only problem?  While not as big as a bicycle, it’s still quite a hassle to carry around when you’re taking a train or a bus (or inside a building where getting on the wheels isn’t allowed).  The Gig Pack, a scooter-backpack combo, should eliminate that problem.

Designed by Gustavo Brenck, the scooter’s frame integrates into the backpack for more portable transport — the telescopic handle folds down into the front fork and the rear segment detaches for storing inside the bag.  That way, you can sling it over your shoulders, instead of dragging it along with one hand. 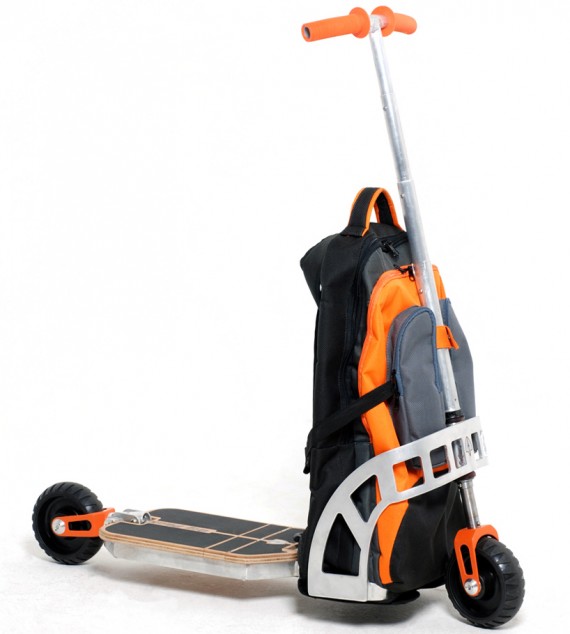 In scooter mode, the bag can serve as a spacious compartment for holding cargo while you roll around town.  It should assemble from backpack mode and back in just a couple of minutes, so going from one to the other should be no hassle.  Obviously, you can’t cram a lot of stuff into the pack if you plan to use it as a backpack, but it looks like there’s enough space to fit a few essentials in.

The scooter, which is constructed from aluminum to minimize weight, can hold riders up to 200 pounds.  No word on how much the exact assembly weighs, though, so this could be a heck of a load to throw on your back.

The Gig Pack is only a concept for now, although I can see kick scooter fans liking the idea.  It’s a small market, though, so we probably won’t see this in production (just like the similarly-themed Samsonite Trolley Luggage from a couple years ago) unless some kick scooter craze starts off.