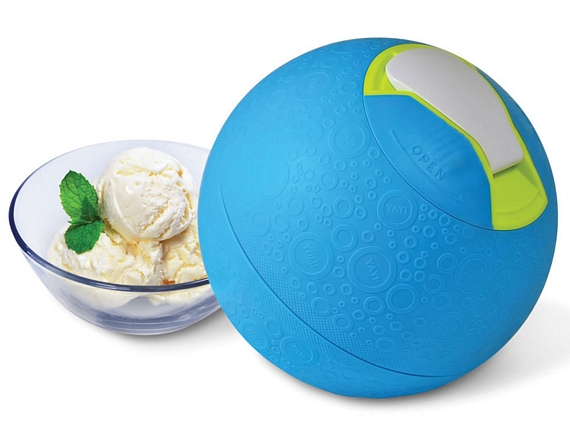 Ice cream is good, but the number of calories it packs is frighteningly high.  Simply put, you will need to burn the lot of those calories unless you want to permanently pack on the pounds.  This Kickball Ice Cream Maker makes sure you do just that.

Just like a regular kickball, you can kick it around the park or the front yard, working up a sweat and burning some of those fat stores in the process.  Unlike them, the ball actually makes ice cream while it gets played with, churning all the contents while it gets kicked, shaken, and rolled around. 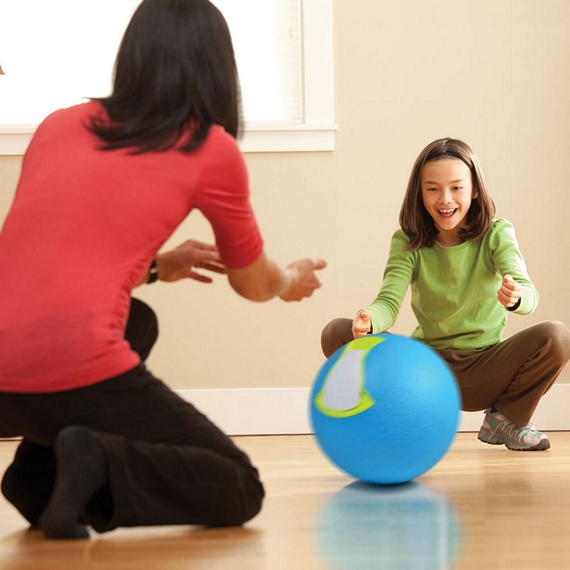 To use, just dump all the cream, sugar, flavors, and ice into the Kickball Ice Cream Maker, then begin playing with it.  You’ll need to kick it around for about 20 minutes to produce a pint, so it can serve as a decent workout if you make it one.  It’s covered in a soft rubber exterior that can withstand repeated kicking and rolling, with a food-safe sealed compartment that ensures no dirt gets inside the frozen confection.

The ball itself measures around the same size as a volleyball and weighs just four pounds, so it should be easy enough to pack for bringing to picnics and vacations.  Do note, this thing will get heavy when filled up with all the ingredients, so it won’t exactly fly off like a regular kickball when hit.  Then again, that means you can probably use it like a bowling ball or a kettlebell (if you attach a strap), giving you even more workout options.

The Kickball Ice Cream Maker is available from Hammacher Schlemmer, priced at $34.95.