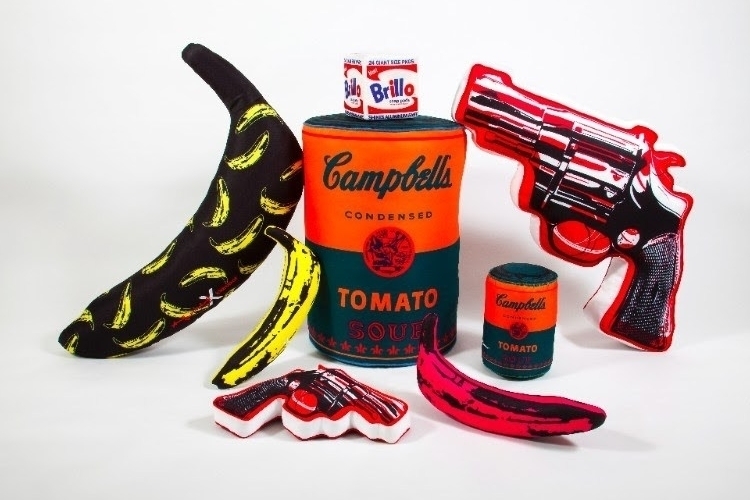 If you love pop art from the 60s, chances are, you wouldn’t mind having some Warhol around the house. Problem is, an actual Warhol piece will probably cost ten times the price of a vital organ in the black market, so maybe you can just stick to the Andy Warhol Plush Line from Kidrobot.

No, it’s not a plush doll depicting the likeness of the American artist. Instead, it’s a new line of plush toys clad like objects in some of his most famous artwork, so you can cuddle up in the couch or lay down your head on a pop art masterpiece. 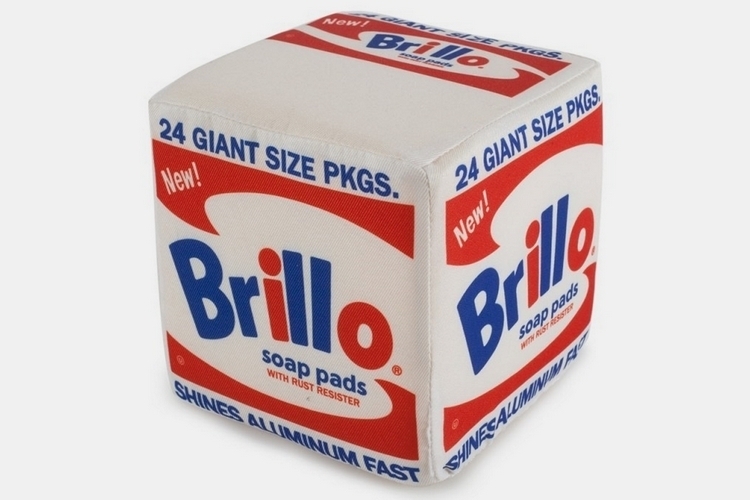 The Kidrobot Andy Warhol Plush Line comes with eight toys in total, depicting either a banana, a Campbell tomato soup can, a revolver, or a Brillo box. Yes, that darn Brillo box in a tiny 5-inch size that’s perfect for sitting on your desk at the office. The bananas (which Warhol originally created for the Velvet Underground) come in two lengths, 14 inches and 30 inches, with the former coming in pink and yellow versions, while the revolver (which looks like the one Warhol was shot with in 1968) comes in 10-inch tall and 22-inch tall variants. The Campbell soup can, on the other hand, also comes in two heights, 10 inches and 22 inches.

Pricing for the smaller dolls in the Kidrobot Andy Warhol Plush Line is set at $19.99, although the larger versions go for a pricier $150.