Kilo: A Fixed-Gear Bike That Glows In The Dark 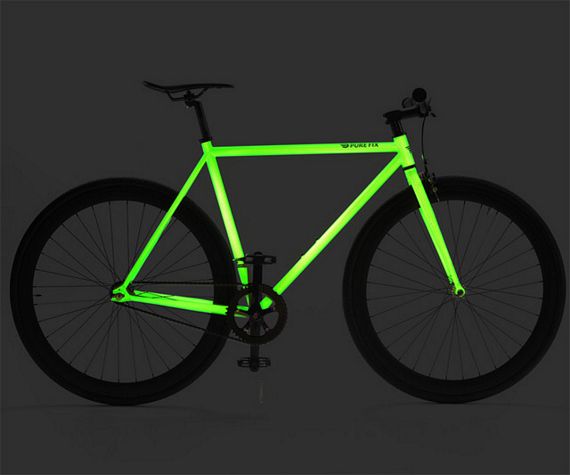 Why bother wearing reflectors and arming your bike with LEDs when you can just get a glow in the dark bike to keep you visible at night?  That’s right, you’ve been doing it wrong all this time.  You can rectify that situation now with the Kilo, a glow-in-the-dark fixie.

Made by Pure Fix Cycles, the bike is supposed to be the “very first glow in the dark bike in the world.”  I don’t believe it for one second, of course.  If somebody already made a glowing crowbar, I’m pretty sure some dude somewhere also decked a bicycle frame in the same night-glow material.  Still, whether it’s first or last doesn’t matter — a glow in the dark bike ensures you’ll be visible while night riding even if your lights break and all your reflective gear gets stolen from your locker at the YMCA. 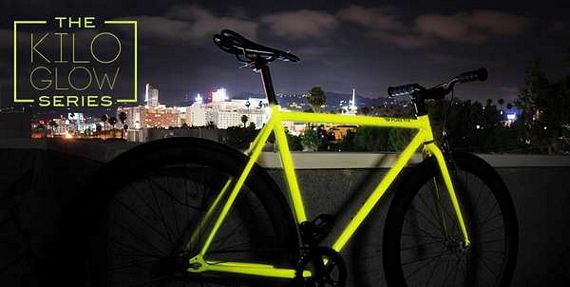 Only the frame of the Kilo will glow in the dark — everything else from the handlebar to the seatposts to the rims won’t.  As such, you might still want to add a couple of lights and reflectors to it just in case some dude in a Conquest Evade behind you decided to drive without his inch-thick prescription glasses.  The coating needs to be exposed to daytime sun for at least an hour each day to ensure it has at least an hour or so of glowing in the darkness as you ride home from work. 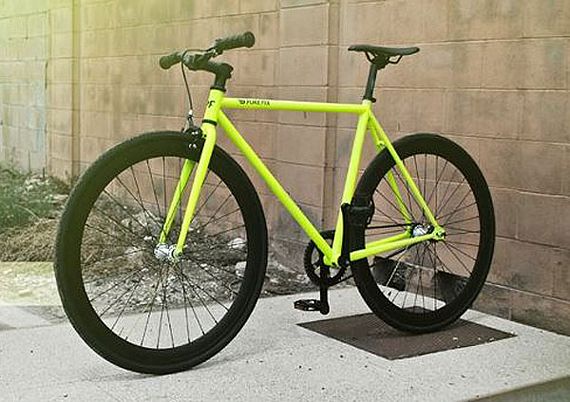 Bike features include a flip flop rear hub that lets you switch between fixed and single speed, high-tensile steel body, Kenda Kwest tires and a whole host of options for parts.  You can order the Kilo now, with prices starting at $399.