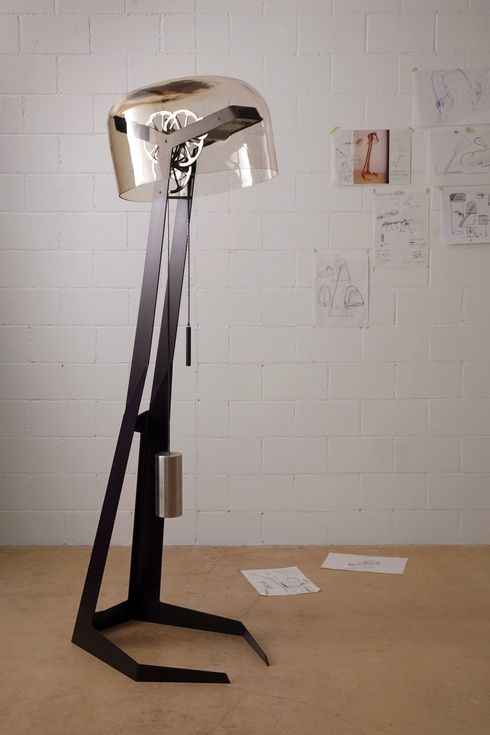 When doomsday happens, the power infrastructure will inevitably collapse.  And you’ll be congratulating yourself for installing that solar array in the roof of your house.  At least, until you’re driven out of the house by an army of aliens or a crowd of hungry zombies taking over the neighborhood.  Well, make sure to pack the Cordless Reading Lamp when you decide to take off.

Why?  Because this reading lamp generates its own power for keeping the bulb lit, allowing you to have functional lighting in whichever cave you end up hiding in.  You don’t even need to crank it or expose it under the sun like other sustainably-powered lighting devices — just leave the standing lamp to its own devices and let it do its thing. 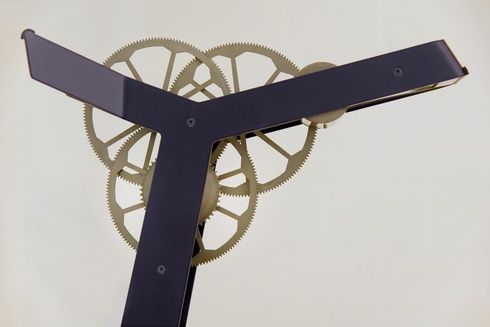 The Cordless Reading Lamp features a series of gears and cogs, along with a hanging weight system, that’s continually moving.  Generating kinetic energy, this constant action provides all the needed juice for the lamp.  The mechanism is similar to a grandfather clock, so you’ll have to occasionally wind up to raise the weight.  Beyond that, though, it’s  all “leave and let be.”  At least, until the gears need some greasing or the bulb goes out.

Originally, I thought it was a clever concept lamp — provided the designer can actually figure out how to make the generator work.  Apparently, though, the Cordless Reading Lamp is a real thing already.  Yes, you can buy one now.  Price, however, is only “available upon request,” which means you’re going to spend a lot of money to acquire an example.