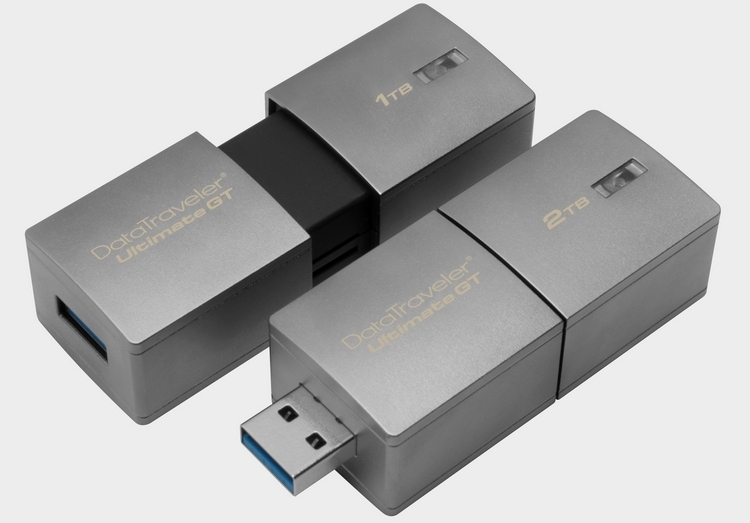 How much space can you cram into a single USB dongle in 2017? A whole lot as the Kingston DataTraveler Ultimate GT proves, with its compact 2.8-inch frame able to pack up to 2TB of storage.

Yes, it’s way bigger than your usual thumb drives at 2.8 x 1.1 x 0.8 inches, so it looks more like a small candy bar than a tiny storage dongle. For the extra size, however, you can get twice the built-in storage compared to what you’ll get installed inside most laptops released last year.

The Kingston DataTraveler Ultimate GT, with the GT standing for Generation Terabyte, comes in two capacities: 1TB and 2TB. Both come with USB 3 connectors, so you’ll get maximum read and write speeds to go along with the massive capacity, apart from boasting the ability to handle extreme operating temperatures between -25 degrees to 60 degrees Celsius. It has a case cut in zinc alloy, so it should deliver better shock resistance than the plastic enclosures you’ll find in most storage dongles.

Aside from that, it works most like any thumb drives – just plug it into an available USB port and start transferring files. Do note, the massive capacity means it’s not likely to work with very old operating systems (yes, we mean you, Windows XP users), but everything from Windows 7, OSX 10.9, and Linux 2.6 onwards should be fair game.