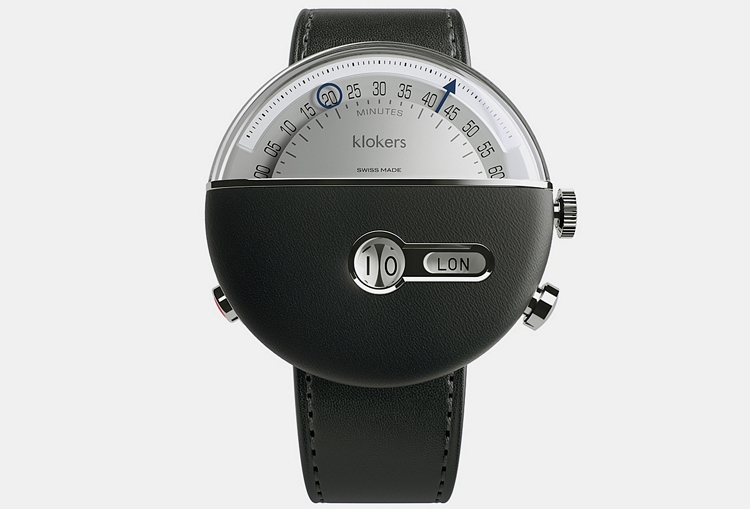 Remember the Klok-01, which uses a dial based on the circular slide rule to tell the time? Folks, apparently, loved the unusual design so much that the company just came up with a second design using a similar round-shaped time-telling mechanism: meet the Klokers Klok-02.

Instead of being just an ordinary watch that told you the local time, the timepiece shows you the hours, minutes, and seconds in any time zone at the push of a button. Want to see the time in London? Just click it. What about Tokyo? Yep, same thing. Hawaii, Australia, Dubai – every single one of the world’s 24 time zones are just a click away. 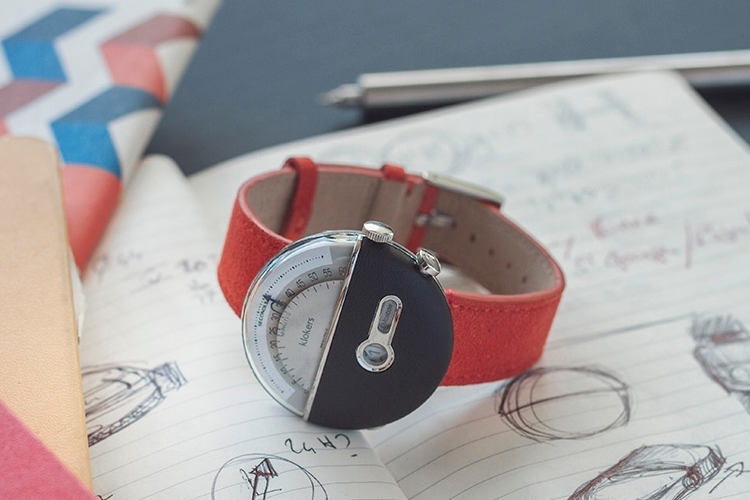 The Klokers Klok-02 has an upper window that shows the minutes and seconds via multi-level retrograde indicators, with two small windows below that show the hour and the city, respectively. It takes advantage of the fact that the minutes and seconds are the same across all time zones, with the switching mechanism only affecting the lower section displays. A long click, by the way, adjusts the lower displays to show the date instead. 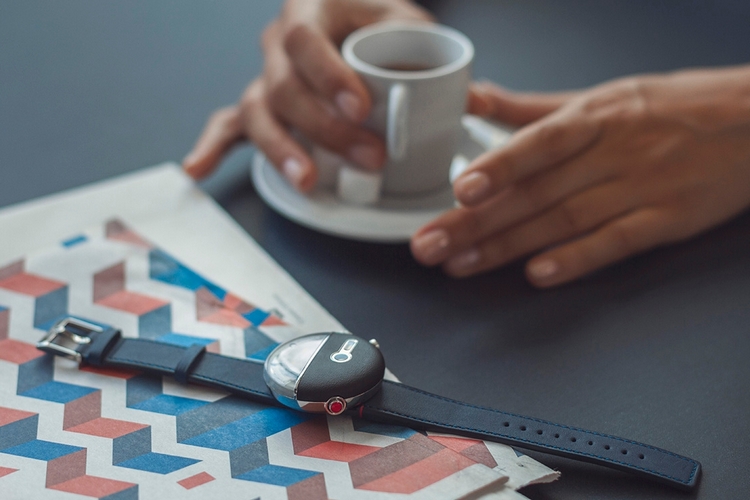 Similar to the Klok-01, it uses a watch case that’s made from a composite of stainless steel and technical polymer, with PMMA glass, Alcantara or leather band, and 5 meters of water resistance, so you don’t have to take it off when taking a shower. It’s slightly smaller but thicker than the first model, too, measuring 43.2 x 13.2 mm.

Klokkers added the Klok-02 as an additional reward on their still-active Kickstarter page. Pledges to reserve a unit starts at €499.