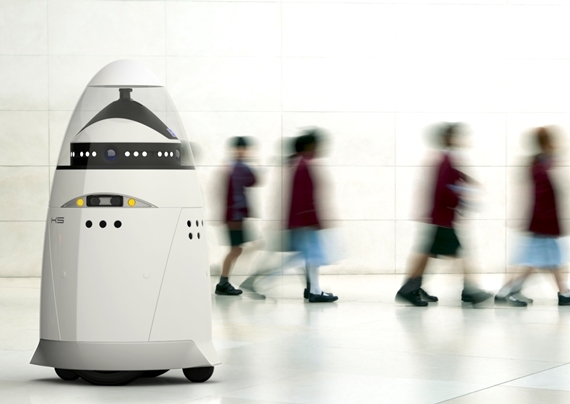 Paul Blart, your robot replacement has arrived. That’s right, robot security guards are officially here with the debut of Knightscope K5, a robot patrol guard that’s being deployed to Microsoft’s Silicon Valley campus by the end of the year.

Like its Segway-riding human counterpart, the robot will roam the grounds and monitor for any activity that will require assistance, whether it be fires, gas leaks, or two guys busting each other’s head open after a parking dispute gone overboard. Unlike its human counterpart, the robot itself can’t physically intervene, though, but it can call the security office, who can then dispatch the necessary personnel to take care of the situation. 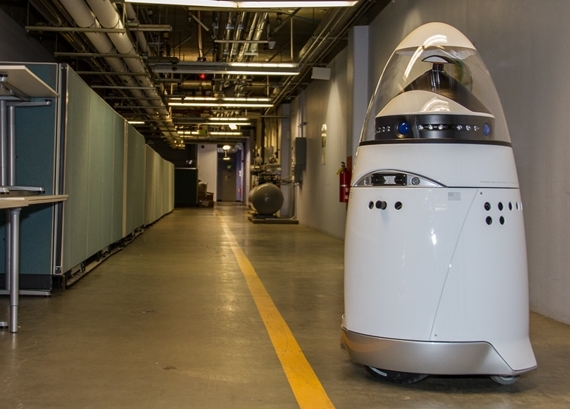 The Knightscope K5 is an ambulatory robot designed to execute some of the monotonous tasks that security patrols regularly handle. It uses GPS and a laser rangefinder to make its way around an area, with its onboard cameras (four cameras on either side, plus a dedicated one for recognizing license plates), microphones, radars, and other environmental sensors handling most of the monitoring duties. The five-foot tall robot is described as friendly-looking from a distance, although a bit intimidating once it strides up closer. Since it isn’t weaponized, the robot won’t be able to stop suspicious activity, although it will immediately sound a loud alarm and notify the security office. 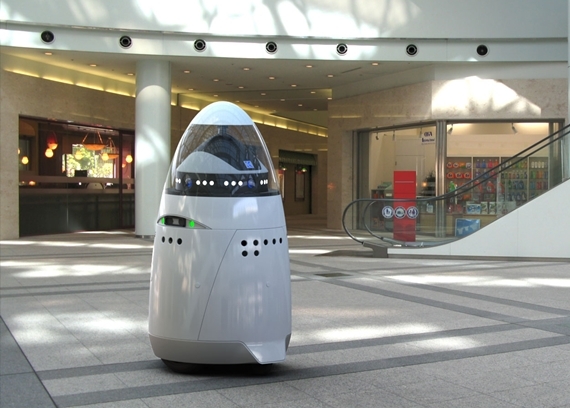 More than a roving patrol, the automaton is also meant to function as a mobile public assistance kiosk. You can, for instance, press a button on top of its head to summon a human operator that you can then speak to via onboard speakers.

Four Knightscope K5s will comprise the pilot fleet coming to the Microsoft campus later this year. No pricing for the robots have been announced.