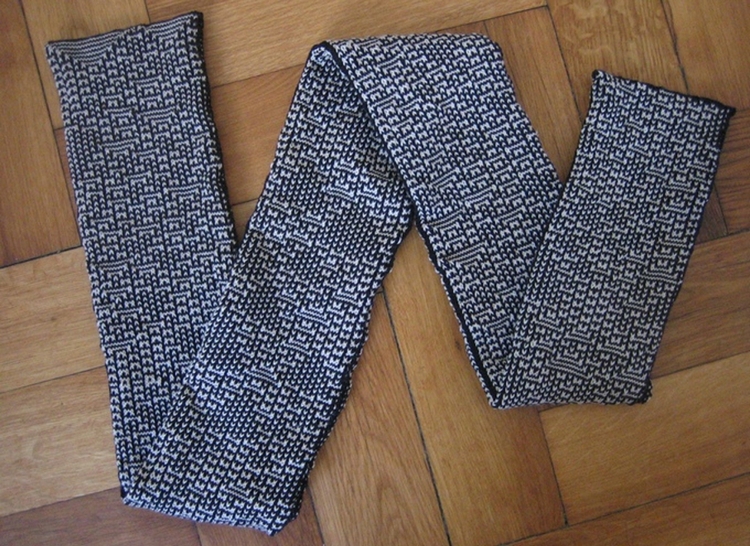 Once upon a time, a mathematician bought a knitting machine. After tinkering with her new toy, she discovered how to rig it to knit textiles with computer-generated algorithmic designs, allowing her to produce beautiful scarves with patterns that can be proven to be mathematically unique. Yep, that’s exactly what you’re getting with KnitYak’s knitted scarves and squares.

Described as “mathematical scarves,” each item in the outfit’s line comes with patterns using the algorithm for elementary cellular automata, which predicts what happens to a cell based on the cell above it and its two immediate neighbors. Each cell in the pattern is, basically, an automaton following the algorithm, producing a scarf math geeks can… well… geek out on that also happens to look downright sweet. 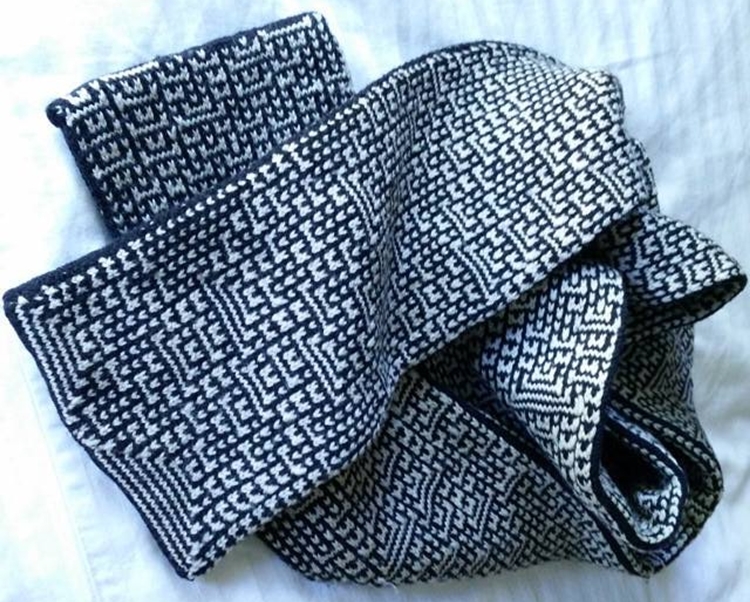 KnitYak’s algorithmically-generated scarves and squares are made from luxurious merino wool, so it should be soft, warm, and comfortable when worn around your neck. Merino also doesn’t wrinkle, pill, or fuzz, apart from lasting much longer than other fabrics, so it’s the kind of item that can stay in your closet for a long period of time. Knitting is done in a technique called double bed jacquard, which produces knits that neither curl nor have floats. The scarves measure 75 x 7 inches (l x w) and the squares measure 7 x 7 inches (l x w), both of which only come in two-tone black and white patterns (for this run, at least). 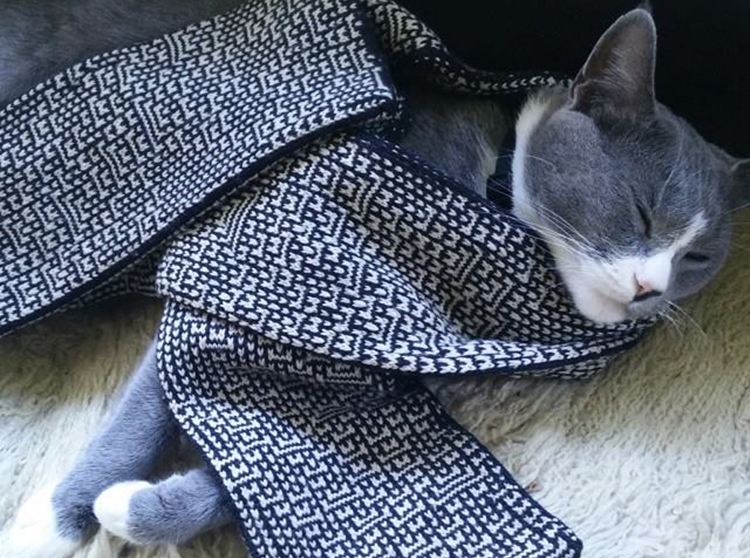 A Kickstarter campaign is currently running for KnitYak. Pledges to reserve a unit starts at $40 for a square and $150 for a scarf.