The Kno: A Huge Dual Screen Tablet For Textbooks 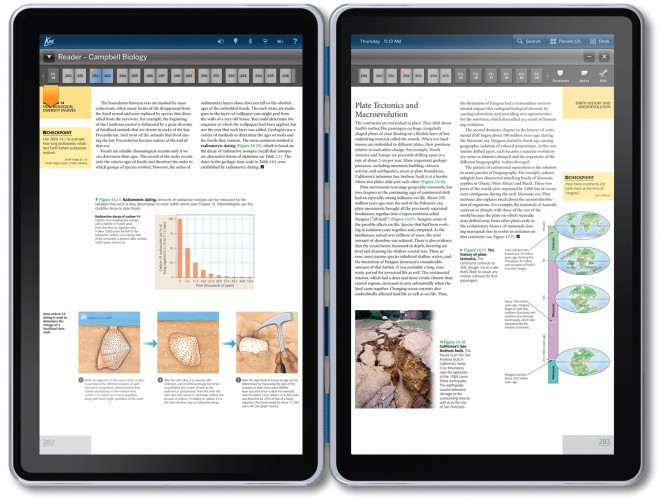 Most college textbooks are huge. So replacing them with handheld e-readers doesn’t always bode well for the layout. The Kno, a dual-screen tablet packing two huge 14-inch touchscreens that can spread open like a book, thinks it has just the thing to do textbooks justice.

According to Kno CEO Osman Rashid, “Textbooks won’t fit into a 10-inch or 12-inch screen so you have to scroll up and down and right and left,” adding that “It makes for a poor learning experience.”  That won’t be a problem with their device, which can display majority of textbooks in their native size and design, complete with two-page spreads. 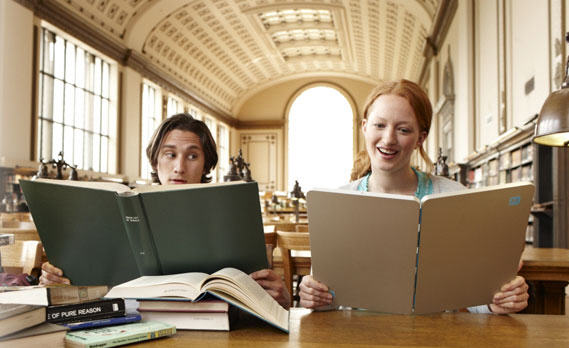 The Kno will be powered by a Nvidia Tegra processor, which means it should handle 720p video playback just as smoothly as it will run ebook software. More of a computer than a blown-up ebook reader, it will include a stylus for handwriting recognition, a full HTML browser with Flash support, WiFi connectivity and up to 32GB of storage. No word on what OS will run on the machine, but it will reportedly get between six to eight hours of battery life. It will weigh 5.5 lbs, about the weight of a full-sized notebook.

While 5.5lbs sounds a bit too much heft in this age of tablets and handheld devices, it does offer a sensible alternative to hauling 20lbs worth of textbooks in a backpack. The only real issue might be the battery – six hours (and if they put six hours at the bottom range, that’s probably all it can really handle) is just way too short for someone who could spend an entire day studying on the machine.

Kno has already inked deals with four major textbook publishers and will be running their own bookstore. Release is slated for December, with pricing somewhere in the vicinity of $1,000.