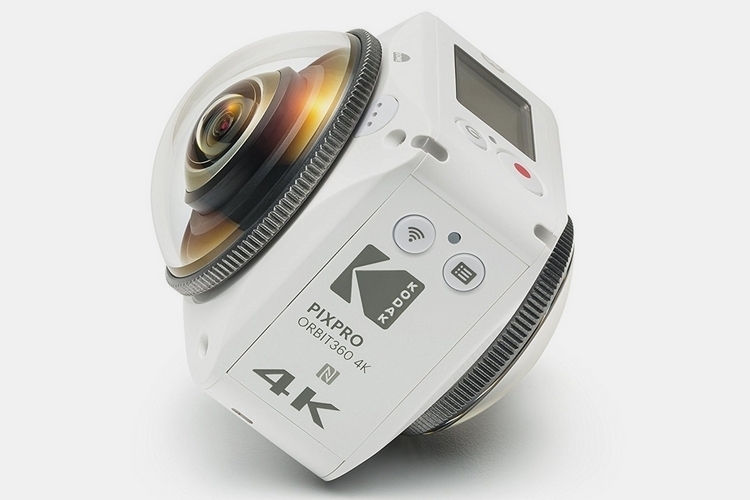 There are several options right now as far as consumer-grade 360-degree video capture is concerned, from impressive startups like Insta360 to ones from established outfits like the Samsung Gear 360. Kodak is jumping right into the fray with the Pixpro Orbit360 4K, which captures spherical video in ultraHD.

Styled in a similar manner to Nikon’s Keymission 360, the camera consists of a boxy enclosure with large, bulging lenses on either side of the body. It’s not exactly pocketable (your pants will become terribly uncomfortable if you force this in), although the hand pockets on your jacket and the exterior pouches on your backpack should accommodate it well enough to make it easy to bring along anywhere you go. 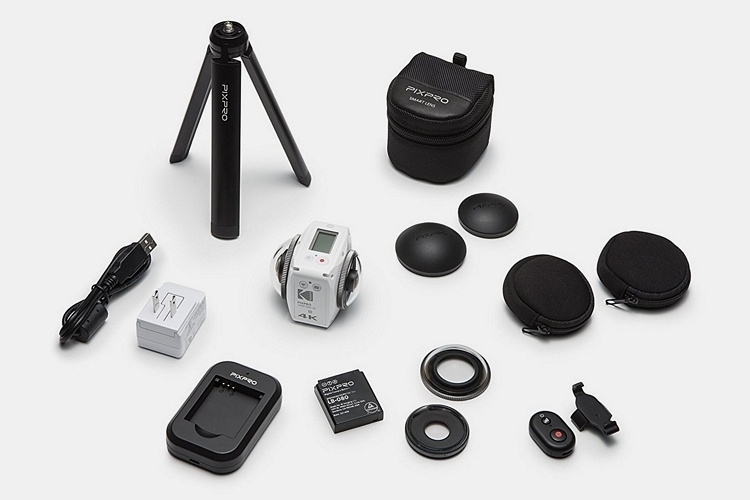 The Kodak Pixpro Orbit360 4K comes with two 20-megapixel CMOS sensors, with one sporting a 155-degree lens and the other topped by a 235-degree panel. We know, that’s over 360 degrees of coverage, which is intentional to create some overlaps for more accurate stitching. Why not just use two 180-degree lenses like most spherical action cams? That’s because having two different lenses means you can use each one individually to get a different type of shot, giving the camera a little more versatility in function.

For instance, you can use the smaller lens to shoot a standard fixed-frame 4K video with a 197-degree field of view at a 16:9 aspect ratio, so it’s plenty usable as a regular camera. You can then switch to the dome lens to take one of those circular fisheye shots, albeit with even greater coverage than usual since the darn thing captures a full 235 degrees. Of course, spherical videos remain its bread and butter, which it does by stitching the captures from either side of the camera. Do note, since each side uses a different lens, the lighting can affect the kind of footage each one captures, so there are likely going to be times where the stitch lines will be obvious with this style of camera. 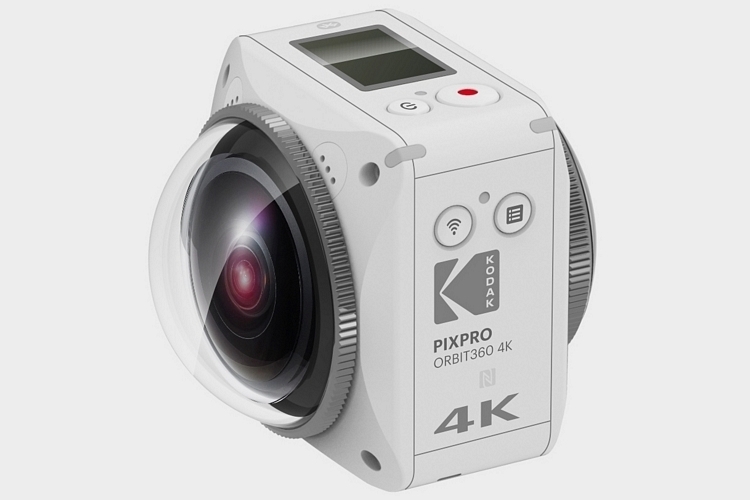 Designed for rough use in the outdoors, the Kodak Pixpro Orbit360 4K brings some serious build quality. Despite the liberal use of plastic for the body, the darn thing is IPX6 dustproof, IPX5 splashproof, and freezeproof at -10 degrees Fahrenheit. It’s also shock-proof up to 6.6 feet drops, provided the dome lens is properly covered with the included lens cap (otherwise, there’s a good chance it can break because the darn thing just sticks out). 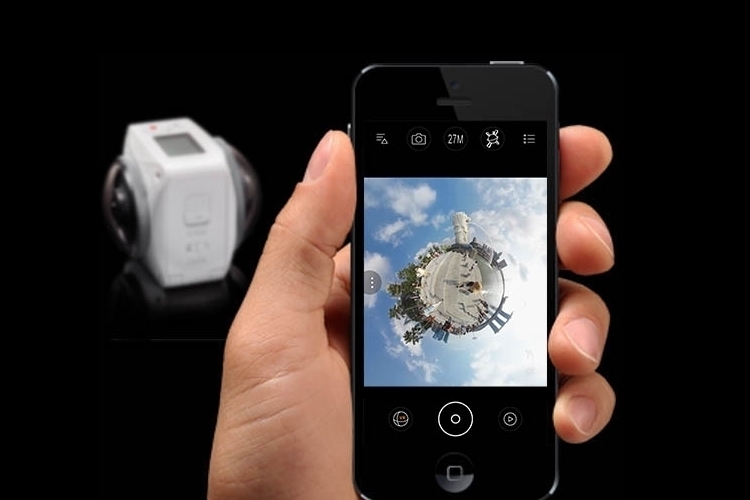 It has five available recording options, namely movie, high-speed movie, photo, burst, and timelapse, so it should cover the standard requirements for most action cam users. There are four buttons on the camera, along with a small LCD panel, giving you full control of the camera’s functions right form the device. There’s also a companion app (iOS and Android), which you can use as an alternative, complete with real-time video streaming over Wi-Fi. Need tools to edit your 360 video? Kodak’s got your covered with their Pixpro 360 VR Suite, which comes with a number of tools and utilities to get the most out of footage you shoot from this camera.