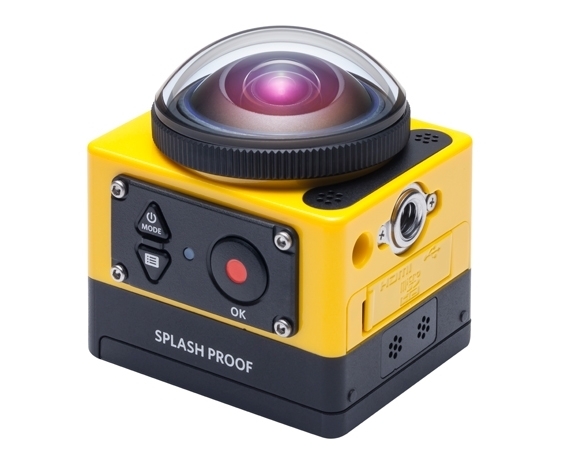 Clad in the shape of a compact cube, it has a fixed domed lens on top that allows it to capture a 360-degree angle of the action.   Whether you like speeding down on bicycles downhill, jumping out of planes, or doing motocross laps across a dirt track, simply mount the camera on your gear same as regular action cams and record your adventures like never before. 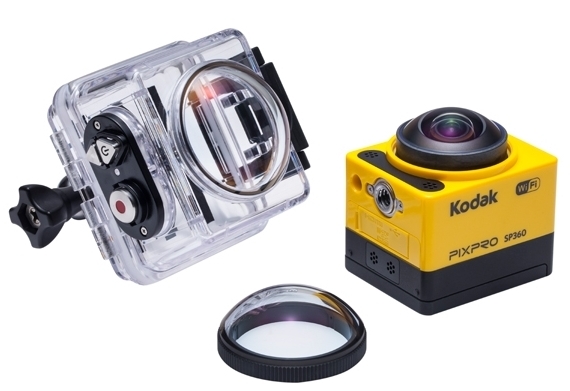 Because of its unique 360-degree lens, the Kodak PixPro SP360 offers a variety of shooting modes unavailable in most other action cams, including ring, dome, 360 panorama, a top-bottom split screen that shows 180-degree front and 180-degree rear, and globe.  You can also put the lens out front to shoot scenes at 212-degrees wide.  A 16 megapixel MO sensor allows it to record video at 1080p and still images at up to 10 megapixels, complete with 10 fps of burst mode shooting.  All content is saved to a user-supplied SDHC card.

Like other action cams, it’s built to withstand the rigors of action sports, boasting water resistance, freeze-proofing up to -10ºC, and shock-proofing against drops of up to two meters.  Other features include a 1-inch display, WiFi and NFC connectivity, remote control via a smartphone app (Android and iOS), and a motion sensor that automatically begins recording as soon as it detects movement.