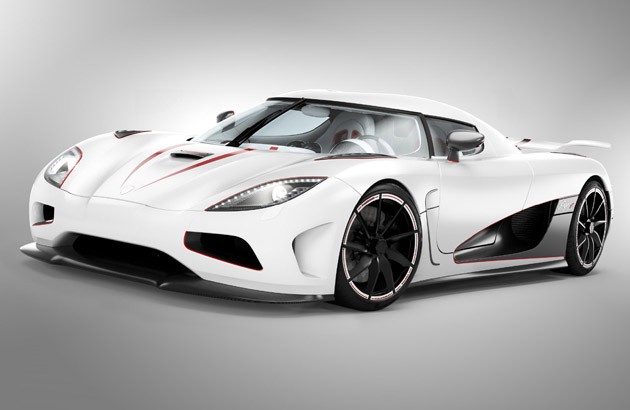 People overuse the word “extreme” these days.  Regardless, you won’t hear anyone complaining when you use it to describe the Koenigsegg Agera R, which packs an unarguably extreme 1,115 hp.

Making its debut at the Geneva Motor Show, the beastly exotic with the gorgeously sculpted body brings a combination of speed and appeal that’s rarely seen on four wheels.  Of course, this is “extreme” at its most appropriate, so that should hardly be a surprise.

The Koenigsegg Agera R’s massive speed numbers come courtesy of the 5.0-liter twin-turbo V8, a biofuel-sucking engine which produces 885 lb-ft of torque on E85 fuel.  You can also have it running on 95-octane gasoline, but power drops down to 940 hp and 811 lb-ft of torque.  The V8 is mated to a 7-speed dual-clutch transmission, which should leave it more than willing to unleash every single ounce of that power on the track.

The carbon fiber monocoque chassis features such extreme rigidity that a roof isn’t even necessary.   As such, the top can easily be removed and stowed inside the car (or left at your garage).   This particular example is owned by a skier, who is also responsible for the Speed Racer paint scheme, so it can be quickly outfitted with a custom-built carbon fiber roof box (made by Thule).  Other notable details include Vortex Generating Rim (VGR) wheels, special Michelin rubber tires rated at up to 260 mph and, of course, a lavish cockpit deserving of the exotic pedigree.

Koenigsegg is debuting the Agera R at the Geneva Motor Show this week.  No price announced yet, but expect it at around $1.6 million onwards.