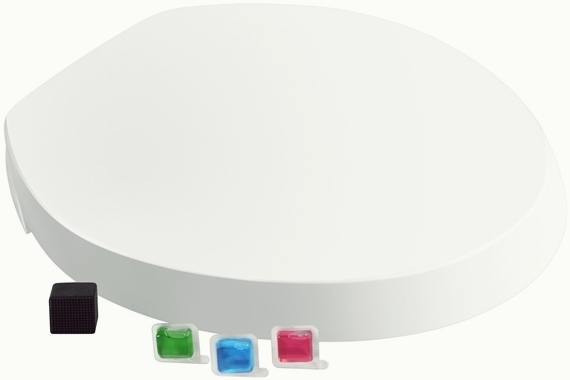 We’re loving Kohler and everything they’re doing to make using the toilet a more positive experience for every man, woman, and child.  From making toilet seats with nightlights to touchless flush kits, they’re turning rest rooms into more comfortable places one affordable contraption at a time.  This time around, the company is tackling bathroom odors with the Kohler Purefresh.

Designed to neutralize the nastiest bathroom stinks, it will decimate the offensive odors emanating from your toilet downloads, so the person to go after you won’t have to hold their breath for the next five minutes or so while the air clears itself.  Plus, you can keep telling yourself that your poop actually smells like roses and there won’t be any olfactory evidence to contradict your position.  Awesome. 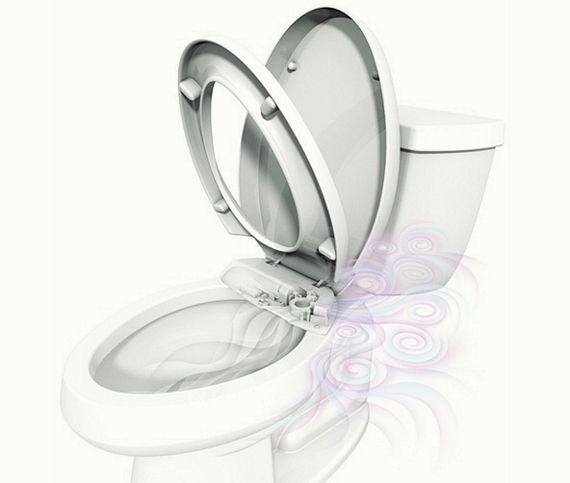 The Kohler Purefresh is a toilet seat with an integrated carbon filter that can neutralize bathroom odors for six months before requiring a replacement (just change the carbon filter, not the seat).  It uses a built-in fan, which activates as soon as somebody plops down on the seat, to draw odors to the filter, ensuring every stink is sucked in before it gets out to the room at large.  Just to help further reinforce that your poop smells like roses, it comes with scent cartridges that will fill the air with a light, subtle scent.  Three scents are available (garden waterfall, fresh laundry, and avocado spa), each cartridge of which can last a full month before needing to be changed. 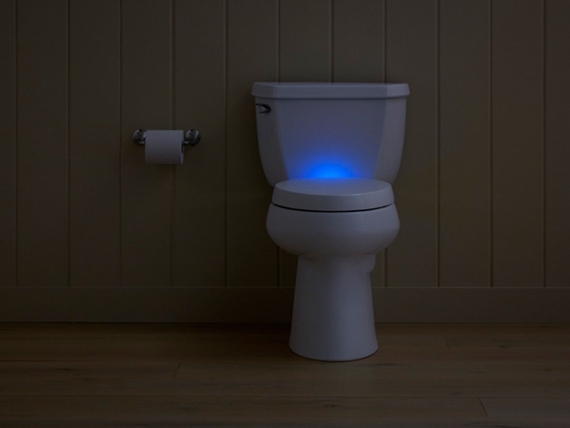 Additionally, it comes with dual LED nightlights that illuminate the bowl for easy targeting during nighttime use.   The whole thing powers using a pair of D batteries that can last for six months at a time.

Slated for availability soon, the Kohler Purefresh is priced at just under $90.